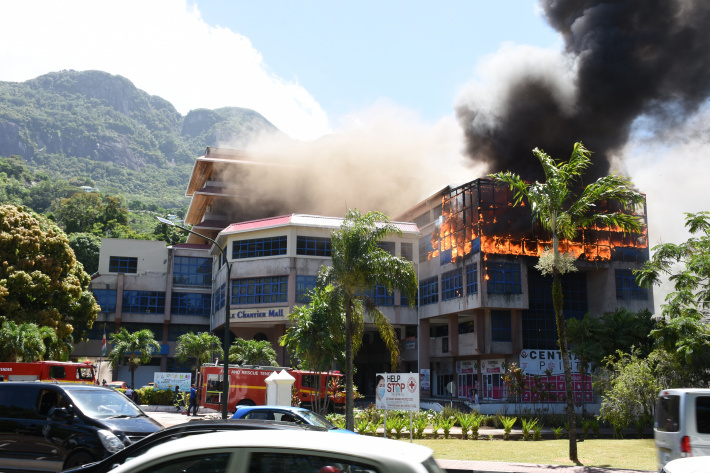 The cost of damages caused by fire last year has been estimated at R37,766,050, an increase of R15,589,300 over the cost for the year before which was R22,176,750, according to figures received from the Seychelles Fire and Rescue Services Agency (SFRSA).

The 314 emergency calls break down as follows:

The 300 emergency calls for the year 2020 break down as follows:

The SFRSA noted that the increase in the number of emergencies occurred particularly in structural fires which have increased by five last year and in regards to bush fires, these have seen a significant increase of 41.

“This is a concern for the SFRSA as most of these bush fires were caused by negligence or were lighted deliberately. We are therefore advising the general public to be more careful when lighting fires for the purpose of site clearing to ensure that they have a valid permit and all conditions set on the permits are followed,”Terence Arnephy, acting public relations officer at the SFRSA, has said.

Mr Arnephy went on to note that most of the bush fires lighted deliberately were mostly by young children.

“We therefore wish to bring to the attention of the young people that such acts are very dangerous and may lead to serious injuries or even loss of lives and properties. We are also calling on parents to have more supervision over their children and to always be aware of their whereabouts and what they are up to at all times,” Mr Arnephy has said.

From the total of 40 structural fires last year only 13 houses were completely destroyed while the other incidents were categorised as minor or partially affected.

One major fire which occurred at Le Chantier Mall building towards the end of the year was well put under control whereby 3/4 of the building was saved from damage by the fire.

There was a decrease in the number of road accidents that the SFRSA attended to last year and this was 28 cases compared to 47 cases in 2020.

The SFRSA believes this maybe due to Covid-19 restrictions/curfew whereby there are less traffic movements especially at night.

Fire is a great risk in all buildings — whether you sleep, study, or work there, you should always have an escape plan. You may need to escape within a few minutes of a fire starting, so your safe exit depends on immediate warning from smoke alarms and advance planning of escape routes.

Basics of an escape plan

• Include two ways out of every room in all escape plans

• Designate a location to meet outside the building

• Conduct a roll call to verify everyone has escaped the building

Providing smoke alarms in houses may be the single most important step toward preventing fire-related casualties in residential buildings.

• Install at least one smoke alarm in every bedroom

• Keep children away from cooking areas

Electrical distribution equipment poses serious fire safety threats that can even be fatal, especially when equipment is used incorrectly.

• Replace or repair frayed, loose, or otherwise damaged cords on all electronics

• Take note of any discoloured switch plates, because discolouration could indicate that the electrical wiring behind the switch plate is overheating

• Remember: symptoms of potential wiring problems include household lights that dim or flicker, a TV picture that shrinks in size, frequent blown fuses, or circuit breakers that trip frequently

• Don't leave charger on socket when not in use.

• Never use an extension cord as a replacement for permanent wiring

• Avoid running extension cords across doorways or under carpets

Figures contributed by the SFRSA