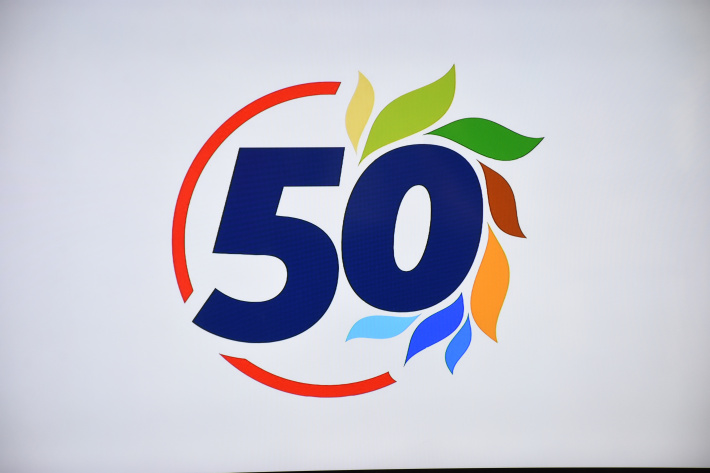 The Seychelles International Airport yesterday commemorated 50 years since its opening on March 20, 1972.

To mark this milestone event a ceremony was held yesterday in the VIP Lounge of the airport in the presence of President Wavel Ramkalawan; Vice-President Ahmed Afif; the Minister for Transport, Anthony Derjacques; among other dignitaries and staff of the Seychelles Civil Aviation Authority (SCAA).

On this day 50 years ago (March 20, 1972), the Seychelles International Airport was officially opened by Her Majesty Queen Elizabeth II.

The chief executive of SCAA, Garry Albert, said that the airport has enabled us to have an aviation industry, and today we are celebrating the progress that aviation has contributed to our country.

The CEO added that we thank the great minds behind the planning and construction at the time and that through their vision the country got a runway whose length and strength can today accommodate aircraft that no one could have imagined back then.

The airport currently employs approximately 2,500 people, serving the needs of airlines, travellers and the general public.

CEO Albert said “over the last decade, our progressive liberalisation policy on air services has helped inject vibrancy into our industry and has paved the way for many new routes and carriers to Seychelles. This has created immense opportunities and advanced our tourism and trade sector”.

Minister Derjacques in his address said the aviation landscape has changed dramatically in the past 50 years with massive transformations in various aspects. As a result, the airport will have to evolve and expand to cater to the expected growing demands, using projected lines of growth even up to 50 years from now.

The minister said that while aviation is a technology-driven business, it is still the people who are responsible for making it all work.

Since the year 2000, over 5 million travellers have arrived at the Seychelles International Airport and even more people flew domestically. The few international airlines in the 1970s grew to over 14 scheduled airlines; together with private aircraft, the airport saw over 4,000 international flights per year, carrying 462,000 passengers in 2019.

Minister Derjacques announced that the government has entered into talks and negotiations with partners to create world-class holistic aeronautical and commercial studies which will result in a new airport master plan and commercial developments of Zone 21.

He further added that fuel tanks will be moved to create space for a new passenger terminal, a new VIP complex will be created, FBO facilities will be enhanced, expanded commercial space and a new technical zone.

The new airport terminal will feature more adept technology aiming to be seamless, smart and secure. Baggage claim will be more convenient and hassle free and end-to-end paperless transportation for air cargo.

During the ceremony to commemorate the 50 year milestone the SCAA general manager for commercial, Florence Marengo, unveiled the new Golden Jubilee logo to represent and embody the history and future of the international airport.

The president, vice-president and dignitaries toured the establishment with the new digital corridor and were given a presentation by Colin Chang-Tave, the general manager airport management. The presentation touched on subjects such as the expectations and interests of SCAA, quality service, increasing productivity by minimising the cost of operational delays and administrative procedures.

He also presented the health clearance travizory and development impact on passenger facilities.

Minister Derjacques said the milestone demonstrates where we started and with the new plan for the airport zone 21 they will need to project what Seychelles will need for the next fifty years.

He added that there is a limit to what can be done in terms of expansion but however the level of comfort and facilities have been enhanced so that even the public can now benefit from the area.

The minister also compared the present Travisory system to that of a year ago when it took over 80 minutes to process a hundred people. With the new digitalised system (a digital corridor) which visitors has to upload in advance, the system aims to process a flight load of a hundred people in 35 minutes. Minister Derjacques stressed that we are currently still in a pandemic but they are trying to ease the system and that the health requirements do not mean that Seychellois are applying to enter their own country.

He said that this is just a process to ensure that Covid-19 does not re-enter the country.

Minister Derjacques said they are in discussion to ensure that Seychellois do not pay the €4.5 as there have been discontent among certain people that this is equivalent to a fee to enter one’s own country. He added that with the amount a person pays to travel, the €4.5 is to guarantee that you enter the country and that you are obeying the Public Health regulations.

In relation to human rights, Minister Derjacques acknowledged that a person has rights under the constitution but that there are derogations and that public health is there to protect the people. This means that to enter the border a person will need to have these minimum health requirements and that Travisory is a facilitator for what health requires.

The accompanying photos show some highlights of the commemorative event yesterday. 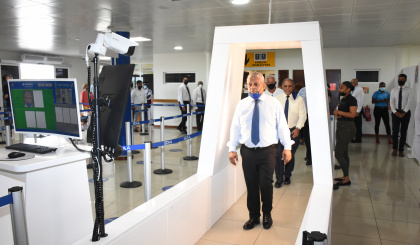 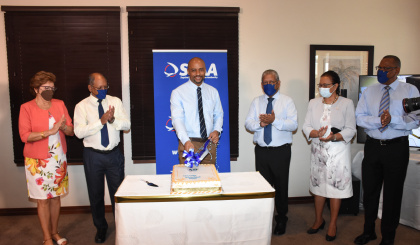 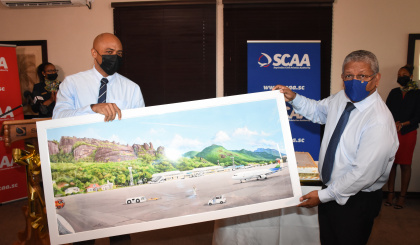 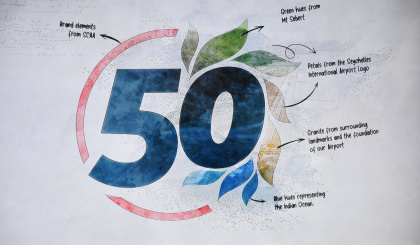