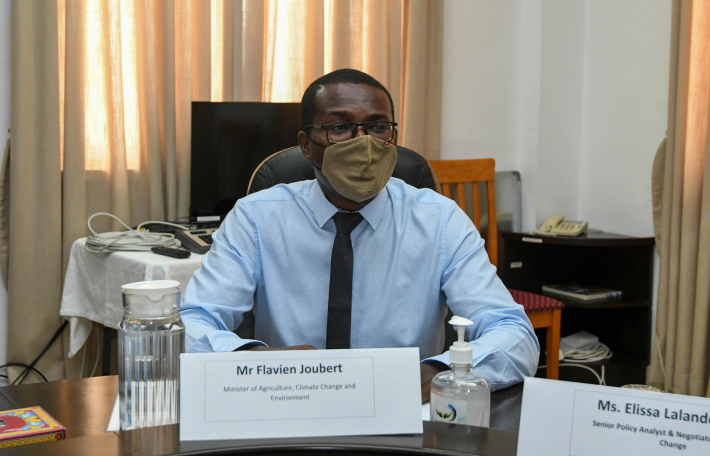 Minister Joubert and Mr Uzice before the IAC

Members of the National Assembly’s international affairs committee recently  met with the minister responsible for environment and climate change to get a better sense of Seychelles’ progress on reaching net-zero as well as the challenges and obstacles the country is facing to obtain financial aid to mitigate the various impacts of climate change.

The meeting held at the National Assembly committee room was also an opportunity for members of the committee to evaluate the outcomes of COP 26 and the action plan that Seychelles will take through its national determined contribution (NDC) pledged to combat climate change. For example, renewable energy initiatives and projects, especially for Small Island Developing States (SIDS) such as Seychelles.

The international affairs committee of the National Assembly (IAC) is chaired by Hon. Waven William while the other members are vice chairperson Hon.Wavel Woodcock, Hon.Wallace Cosgrow and Hon. Philip Monthy.

Minister Joubert and Mr Uzice gave detailed explanations and updated IAC members on the difficulties being faced  internationally where major emitters and developed countries, based on their actions, are reluctant to collectively and fully commit to the goal of staying below 1.5 degrees Celsius as per the Paris Agreement.

Hon. William confirmed the committee’s support and commitment to further advocate for SIDS and our needs, especially when attending international parliamentary forums. The IAC commends the work being done by our Seychellois negotiating team and calls upon the climate change unit to continuously update the IAC through the various reporting documents that they submit internationally. This will enable members representing the various international parliamentary bodies to be on the same page and to speak in one voice even if from different governing institutions.

One concern that has been recurring on the COP agendas is getting developed countries on the climate financing board to simplify the access processes to the financing of projects, which the IAC felt the Paris Agreement signatories should focus on in the next COP 27, to be held in Egypt. 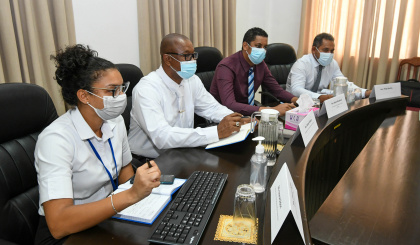 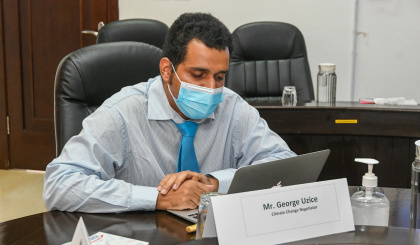