It is with great sadness that Seychelles has learned of the passing of the President of the UAE, His Highness Sheikh Khalifa bin Zayed Al Nahyan, which occurred yesterday.

In his message, President Ramkalawan says, “As the President of the United Arab Emirates for the last 18 years, His Highness Sheikh Khalifa Bin Zayed Al Nahyan consolidated a period of progress and prosperity for the people of the United Arab Emirates and made fundamental contributions to the UAE becoming a regional pioneer in the Middle East by advocating stability, as well as supporting economic and social development across the Arab world.”

He also adds, “The excellent cooperation between Seychelles and the United Arab Emirates reached its highest ever point under the sterling leadership of His Highness Sheikh Khalifa Bin Zayed Al Nahyan, which has led to the further strengthening of the relations and ties of friendship between the two countries and their peoples, based on mutual trust and understanding.”

President Ramkalawan ends his message by stating that Seychelles will honour the legacy of His Highness Sheikh Khalifa Bin Zayed Al Nahyan and mourn his loss alongside his family and our friends, the people of the United Arab Emirates.

Condolence messages from other former leaders of the country can be read on page 3. 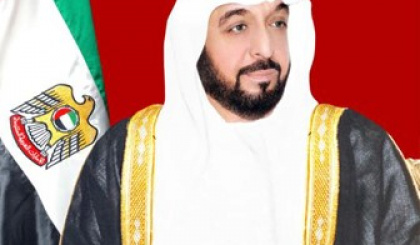