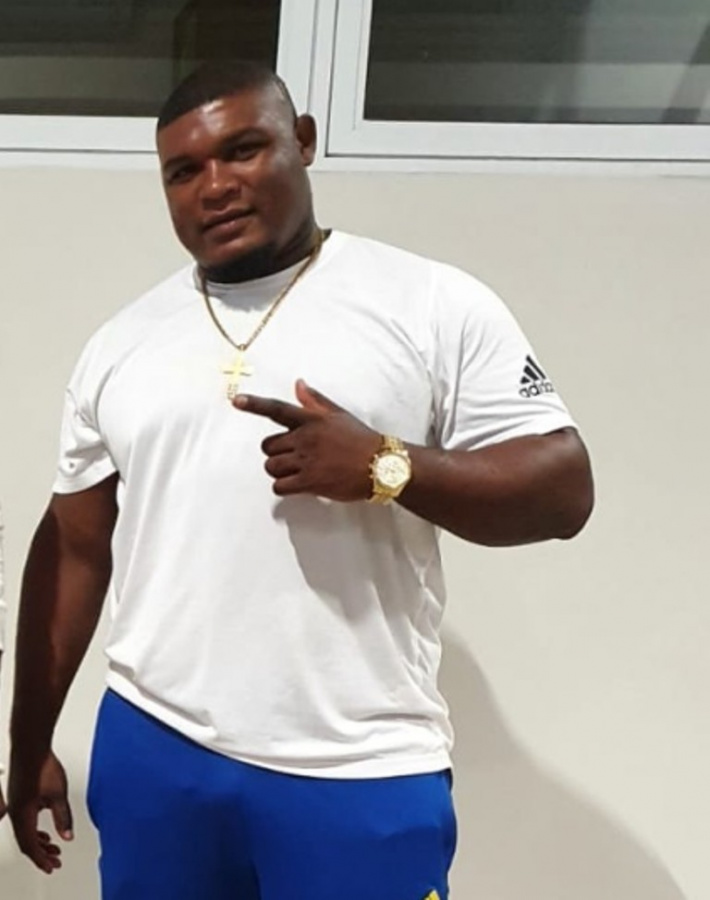 Hard hitter Keddy Agnes is the 92+kg category silver medallist of the prestigious Acropolis Cup in Athens, Greece and is expected back home today along with fellow boxers Shain Boniface and Fabio Roselie.

In the 92+ kg category final on Sunday at the Panathenaic Stadium in the centre of Athens which is a historic stadium built in 330/329 BC, Agnes lost on points against Ukrainian Alexander Grytsiv who won the gold medal.

This si Agnes’ second medal in an international competition this year. Last month at the Africa Zone 4 boxing Championship in Maputo, Mozambique, he made light work of Mozambican Alfredo Muzimba in the +92kg weight category, winning by technical knockout after just 40 seconds into the first round to win Seychelles’ only medal ‒ gold.

Fighting in the red corner, Agnes clinched the gold medal in the final on Saturday at the Maxaquene Pavilion after the referee made two counts of 8 against Muzimba who was fighting in front of his own fans.

Back to Athens, Fabio Roselie, with several European tournament fights under his belt, showed no respect towards Greek Minas Savvopoulos as he won his first lightweight (60kg) category fight on a 3-0 score.

Roselie then went on to lose his second fight on a 0-3 score.

As for Shain Boniface, he lost his opening fight 0-3 to Ukrainian Bozorboy Matyakubov in the weight category up to 67kg. The Ukrainian went on to win the gold medal.

In fact, Ukraine won four gold medals at the Acropolis Cup which made its return to the boxing agenda after an 18-year break. The 26th Acropolis Cup for women and men elite boxers took place in Athens between June 15 and 20. The first Acropolis Cup was held in Athens in 1975 when Greece, West Germany and Austria earned the gold medals.

The Seychellois boxers used the Acropolis Cup to prepare actively for the next Commonwealth Games which will be starting on July 29 in Birmingham, England.