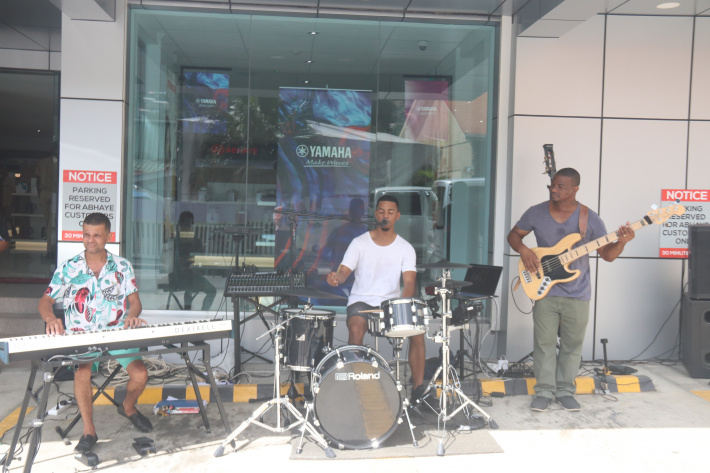 ‘Music on the intersections’

World Music Day is celebrated to honour singers, musicians and to cherish the spirit of music, vocals and instruments. It is also a day to give opportunities to amateur singers to display their talents.

This year’s theme for World Music Day is ‘Music on the intersections’. It signifies the accessibility to music nowadays, the ability to choose the genre we want to listen to, the artists we wish to follow, the revival of certain traditional genres, introducing new trends, outing artists at the forefront and encouraging young children to nurture their music talents.

World Music Day was first celebrated in France in 1982. Back then Jack Lange and Maurice Fleuret observed that the music of the times was not representative of the youth who played instruments. They planned to schedule a concert in the public spaces of Paris. The concert took place on June 21 that year and it celebrated the presence of both professional and amateur musicians from all over France.

Seychelles musicians also took to the streets, performing at various locations throughout Victoria on Mahé, Grand Anse near the market on Praslin and near the jetty on La Digue.

Saturn Band was slotted in at midday till two in the afternoon at the National History museum followed by Jazzchelles band from 4:30pm till 6pm. At the same time Duo Dave Pool performed at Carrefour des Arts and Island Waves at La Passerelle. On Praslin was Hamonison Daniel Jessy and La Digue the performance was by Bwa Ver.

Joenise Juliette, the Arts Development officer noted that NACC could not organise the activity in full due to budget constraints.

She added that the NACC chose the groups for the day and for the next music day on October 1, they may organise such activities on a bigger scale.

“The objective of the activity was to valorise the Seychelles music after all the restrictions due to Covid-19, preventing the little sideshows,” she said.

“We wanted people to know that these bands or groups still exist and are still performing,” she added.

Other than NACC, another group took the opportunity to showcase their talent infront of Abhaye (in town) called the Fab Jazz Trio with lead singer Aaron Jean.

Jean noted that they performed on the day for themselves for free to showcase their talents and celebrate the day.

The accompanying photos show some highlights of the performances yesterday. 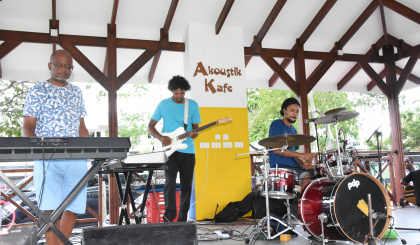 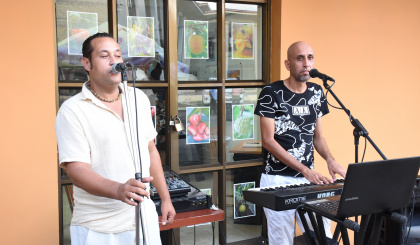