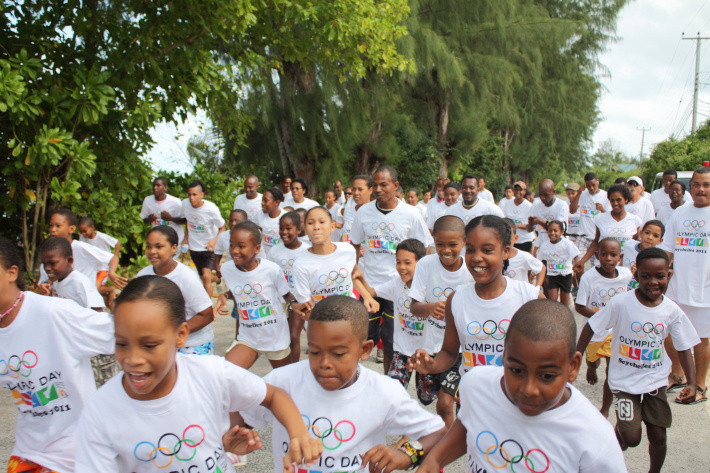 A past Olympic Day run organised by Socga

How well do we know the story behind it?

Today, June 23, is International Olympic Day. It is a celebration of sports, health, and community. It represents making the world a better place through sport and this year’s theme is #MoveForPeace.

The day’s goal is to encourage everyone around the world to be active and to promote the idea that exercise should be an essential aspect of daily life.

This year’s theme is ‘Together, For a Peaceful World’. It recognises the feeling of community that a shared love of sports brings and signifies the power of sports to boost morale and bring people together even in times of crisis.

The first ever Olympic Day was celebrated on June 23, 1948 to honour the day. The International Olympic Committee (IOC) was founded at the Sorbonne in Paris, where 12 nations assembled to endorse Pierre de Coubertin’s initiative to revive the Ancient Olympic Games in 1894.

Doctor Gruss, a Czech IOC member, presented the idea of a world Olympic day at the 41st IOC Session in Stockholm. A few months later, the project got approved at the 42nd IOC Session in St Moritz, Switzerland, in January 1948.

The National Olympic Committees (NOCs) were put in charge of organising this event and the date commemorates a special moment in the history of the Olympic Movement and celebrates everything it stands for.

Olympic Day is based on three pillars:

1. Move: refers to physical activity for all people, regardless of a person’s gender, age, or level of athletic ability. Olympic Day Run, individual and team sports are part of it. It is an appeal to the mass public to partake in physical activities and to move their body with purpose on Olympic Day.

3. Discover: is all about inviting and encouraging people to try new sports and activities that they have never done before. It is also an opportunity to introduce themselves to sports which they may not have easy access to or are lesser popular in their region.

In the 1978 edition of the Olympic Charter, the IOC recommended for the first time that all NOCs organise an Olympic Day to promote the Olympic Movement.

The Olympic Day Run can be considered the core activity of Olympic Day. First launched in 1987, the Olympic run was about encouraging all NOCs to celebrate Olympic Day and promoting the practice of mass sport. It's been a huge success, growing from 45 to more than 150 participating NOCs.

To commemorate International Olympic Day, the Ministry of Youth, Sports and Family in collaboration with the Seychelles Olympic and Commonwealth Games Association (Socga) will be holding a ‘Young Sportsmen Family’ forum today.

On the same day, the youth and sport department alongside Socga and the National Sports Council will also be organising the annual Olympic Run which is to take place at the Olympic House at 4.45pm.

“When our founder, Pierre de Coubertin, revived the Olympic Games in 1894, he saw it as a way to promote peace among nations and people. Always the visionary, he said: ‘Should the institution of the Olympic Games prosper, it can become a potent factor in securing universal peace.’

“Therefore, the purpose of the Olympic Movement was always to promote peace through sport.

“This Olympic Day, when we celebrate the creation of the Olympic Movement, is therefore the perfect moment to remind ourselves of this peace mission.

“Sport always builds bridges and brings people together in peace and solidarity. In these difficult times we are living through, with conflict and division on the rise, we need this unifying power of sport more than ever before.

“This Olympic spirit guides us as we strive to go faster, aim higher, become stronger, by standing together – for a peaceful world.

“On this Olympic Day, please join us as we call on everyone around the world: give peace a chance."