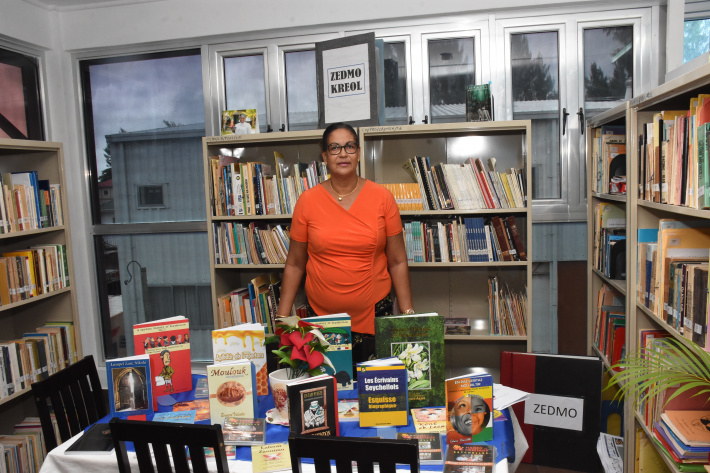 The Seychelles Creole Academy (Lakademi Kreol Sesel), formerly known as the Creole Institute, has officially reopened its new documentation centre at the CT House Properties in room 6 of zone 18, Providence.

She noted that the centre had been closed since 2017 and was temporarily relocated to Providence in September 2018, but the majority of their books were left behind due to a lack of space. Some of the books were also infected and needed to be cleaned before being transported.

Sarah Basset, a student from Cascade primary school, gave a presentation on the importance of the conservation of heritage in Seychelles.

She stressed that the purpose of the documentation centre is to respond to the informative needs of the public with particular interests.

Ms Ben David also mentioned that it is essential to reflect on the function of this sector, which guards our literary, linguistic and cultural heritage.

“It is a pedagogic service whose role is to contribute the formation of students and sustain teaching actions,” she stated, going on to explain that the mission of school libraries is to nurture educative processes and help facilitate how students learn.

A poem titled ‘Les mwan voyaze atraver lalektir’ was then read by another student from Cascade primary school and the invited guests were invited to join a guided tour for the viewing of the documentation centre.

After the opening ceremony, a workshop was held in the nearby Culture House for the librarians and teachers from primary schools in the eastern part of the island. The workshop forms part of a research project being piloted in five of the schools. Based on the availability and use of Seychellois Creole in school libraries, the project’s objective is to equip teachers and librarians with skills that allow them to better encourage schools to buy more local Creole literature.

The accompanying photos show some highlights of the ceremony to reopen the documentation centre. 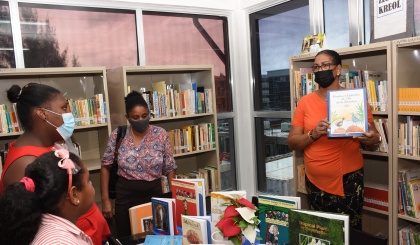 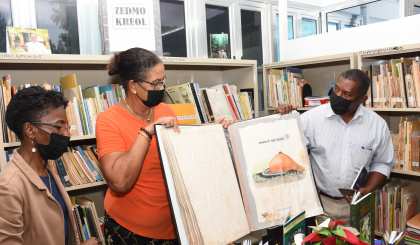