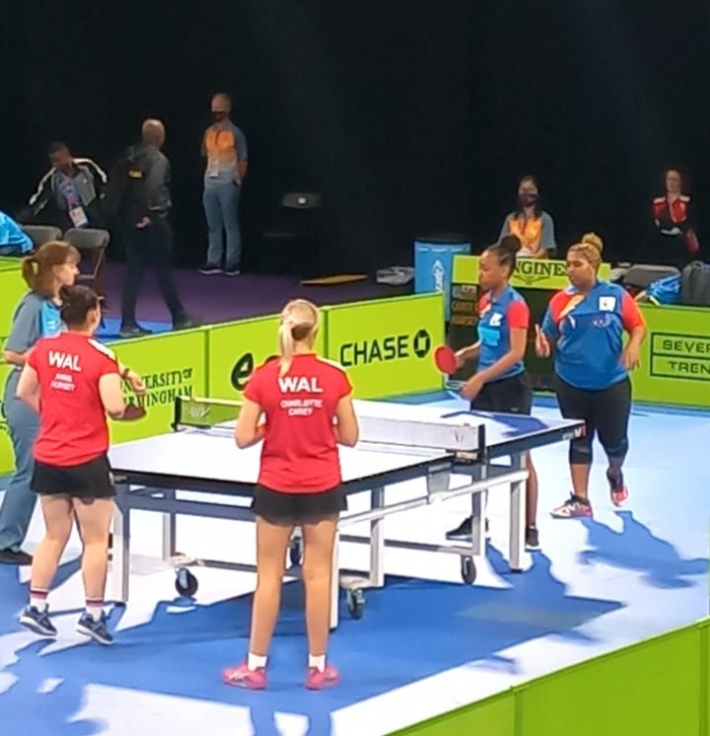 Table tennis players Christy Bristol and Laura Sinon were the only local athletes in action yesterday at the ongoing 2022 Commonwealth Games in Birmingham, England, competing in round 32 of the women’s doubles.

Bristol and Sinon lost their match 0-3 against Charlotte Carey and Anna Hursey of Wales.

Today, Ned Azemia will be in action in the men's 400m hurdles final, after qualifying in heat number two on Tuesday.

His qualifying time was 51.27 seconds.

Meanwhile on Thursday, our cyclists competed in the individual time trial where Yohan Monthy finished 49th overall in one hour, three minutes and 41.19 seconds (1:03:41.19).