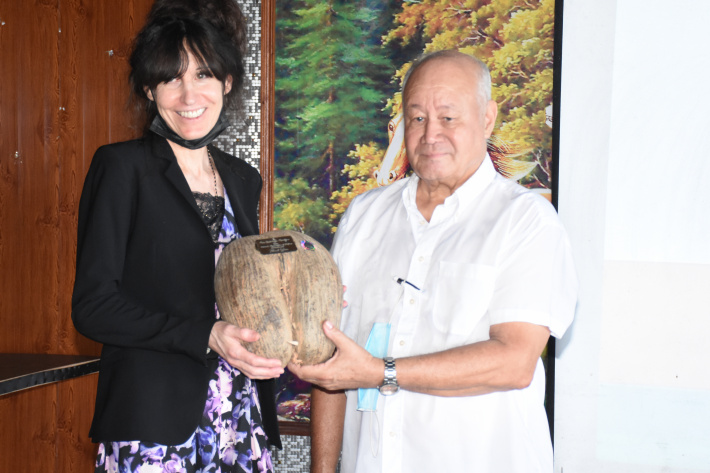 A new association comprising the victims heard by the Truth, Reconciliation and National Unity Commission (TRNUC) has been launched.

The existing TRNUC Victims committee exists under the current TRNUC Act 2018 and now it is being metamorphosed into the TRNUC Association of Victims (AOV).

“Having an association will allow us to have members, raise funds, become autonomous, own assets, trade and borrow,” explained the chairperson and secretary of TRNUC AOV, Barry Laine.

“The mandate of the current TRNUC ends on August 30, 2022 but the TRNUC Act does not come to an end on the statute book which means a new commission can be appointed. We, as an association, are calling for a successor Commission to be appointed and to include some of the current commissioners to achieve a smooth transition and to prevent blame game,” explained Mr Laine.

The association is also proposing that the successor TRNUC team will implement the recommendations of the previous team and this is the only way to protect the interests of the victims.

Mr Laine further explained that it was the State that carried out the coup d’etat and it is the responsibility of the State to resolve matters relating to it.

“Crimes committed during that time included murder, rape, disappearances, forced exile, torture, land and property confiscation, illegal arrest, imprisonment among others. Is saying sorry enough? No! Reparation is a national debt and it is clearly stated in international law where reparation is known as an odious debt. The incoming government inherits this debt and must pay for it. They have no choice!” exclaimed Mr Laine.

The Association also pointed out that reparation is not always about money and land stolen from the victims must be returned or alternative land site can be negotiated or recompensed at today’s value.

The spokesperson of the association said the courts will decide on the level of compensations acceptable by our society and not through gossips.

They proposed a few ideas on where to get the money from and also advocated for the creation of a Trust Fund to manage the 1977 coup d’etat victims’ finances.

“The interim report will be presented to the President and we will wait for his declaration afterwards. After our first meeting, we wanted the public to react and they did. We changed the way to pay the compensations due to the practicality. As an association we are very hopeful to get reparation/compensation as all the laws are on our side. It all started in the National Assembly by politicians and in the files, they submitted to TRNUC, some wrote there should be reparation/compensation. They went a step further by creating the TRNUC Act which was unanimously approved by the National Assembly. Now the current President, who was the leader of opposition at that time pushed for obtaining reparation, now I do not think he has changed his mind. But if by any chance they have changed their ideas, we have international laws on our side and several cases as examples. They will be challenged in an International Court. But we would like to come to an amicable arrangement. Compensation/reparation will happen!”, stressed Mr Francourt.

During the ceremony, the chairperson of TRNUC, Mrs McIntyre, was presented with a coco de mer as a thank you gesture for the three years she has spent in Seychelles.

“The Association thanked her for helping Seychelles as a nation to come to terms with its coup d’état which occurred in 1977.  She has worked tirelessly with her team of commissioners to get us where we are today in our process of finding the truth, reconciling our past and arriving at a closure,” concluded Mr Francourt.

The accompanying photos show some highlights of the launch of the new association. 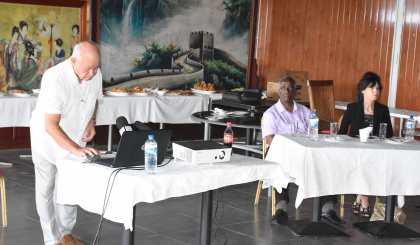 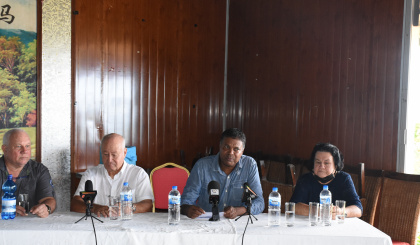