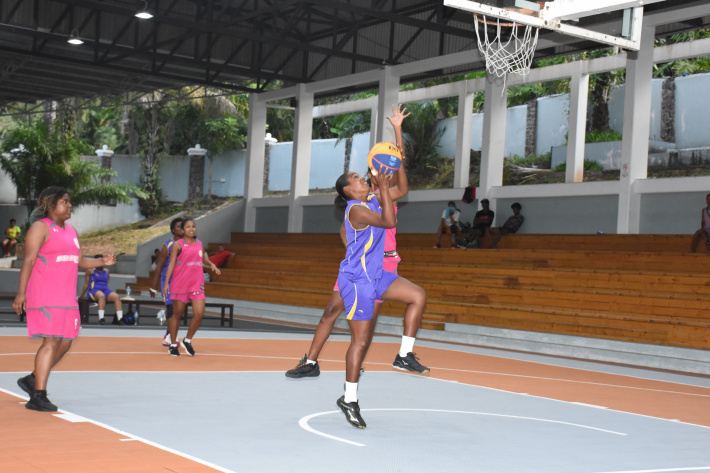 Hillary Nourrice was the women’s MVP

Hotshots and Challengers the champions

Hotshots and Challengers are the grand winners of the male and female second 3x 3 Challenger Cup tournament hosted by the Seybas 3x3 committee within the Seychelles Basketball Federation, while Timmy ‘Gazza’ Adam clinched most of the individual awards on the offer.

The tournament which tipped-off on Saturday afternoon gathered seven male teams who battled in two pools, before engaging in a cross knock-out, along with three female teams who played in a league format, with the top two making the final.

After making through the group stage, Hotshots eliminated Beau Vallon Heat – Gerald Bristol, Gaylor Tokinaina, Julio Duval and Shalin Casiechetty – in the semi-final, setting up an appointment with the Hustle – Timmy Adam, Fabien Adrienne, Che Benoiton and Chrisjovando Estrale – who defeated No Limits – Tainio Ah-Kong, Sebastien Thomas, Anil Charlette and Marshall Didon – in the other semi-final.

In the nail-biting final which was a show of three-point shooting abilities between ‘Gazza’ and Zervoulakous, the latter and his teammates managed to reach 21 points first to clinch the second Challenger Cup tournament, leaving ‘Gazza’ and company as runners-up.

In the women’ competition, after winning their two group matches on Saturday, Stars – Marie-Claire Damoo, Bernadette Songor, Hillary Nourrice and Jurysanne Bamboche – qualified for the final where they were up against Challengers – Irene Bau, Gura Boniface and Marlene Albert – who collected a victory and a loss in the group stages.

The other selection in the group was Bel Air – Shanice Joubert, Ellie Barra and Rudyta Degunduro.

After losing to Stars in the group stage, Challengers made amends in the final, reaching 21 points first to win the tournament.

The second Challenge cup also featured several individual competitions, including shooting and slam-dunk competitions which were both won by ‘Gazza’.

Member of the organising committee, Adrian Pillay, said they are satisfied with the level of the competition, even if they would have liked for teams to register, especially the younger players.

He said the level of play is going up, compared to the last tournament, and this he said shows progress. 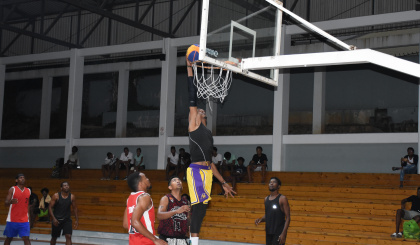 ‘Gazza’ dunking on Hotshots in the final 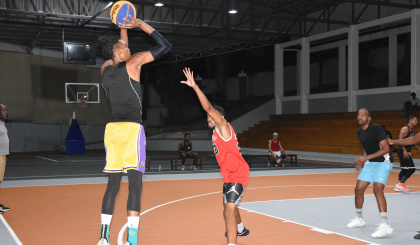 Winner of most individual awards ‘Gazza’ goes for the killer shot 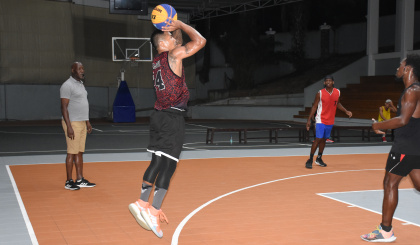 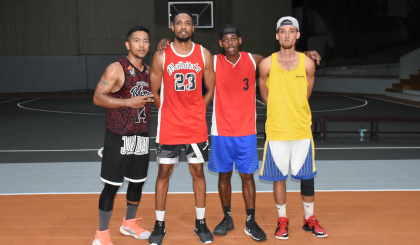 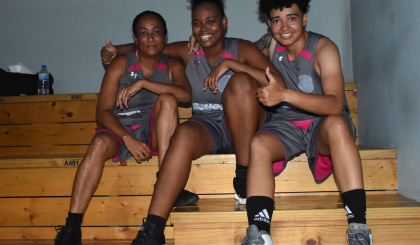