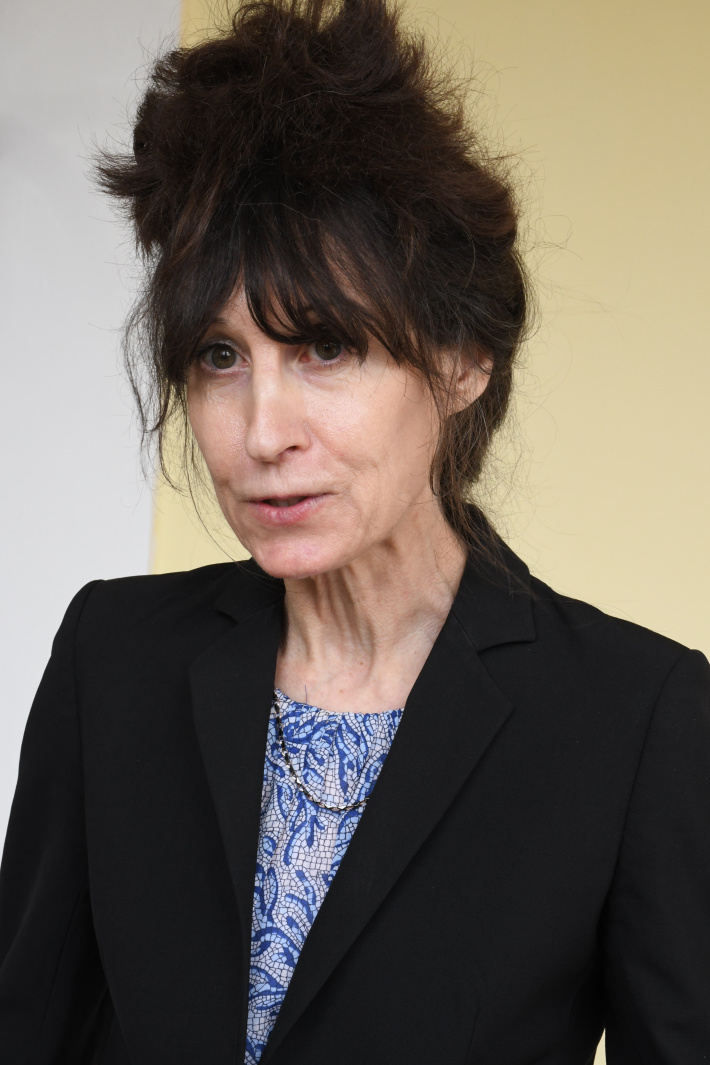 ‘My experience so far has been very difficult, challenging and exhausting but also extremely rewarding’

The Truth, Reconciliation, and National Unity Commission (TRNUC) recently presented its interim report to President Wavel Ramkalawan. Right at the outset, the chairperson of TRNUC, Gabrielle Louise McIntyre, had made it clear that “the commission will not reconcile the people of Seychelles. National unity and reconciliation depend on the national leadership, from politicians to religious and community leaders”.

Ms McIntyre is leaving the country after serving for more than three years on the Commission and in an interview with Seychelles NATION she shares how the TRNUC has worked during the three years, its struggles and the way forward.

Seychelles NATION: In 2019 you were sworn in as chairperson of the Truth, Reconciliation, and National Unity Commission. Did you know what you were getting into?

Gabrielle McIntyre: I was sworn in on May 9, 2019 and to be honest I did not know what I was getting into at the time of the swearing in.  While I had read many books on Seychelles prior to my arrival, that did not prepare me for the realities on the ground. In particular, I did not appreciate the alignment of the Executive Government in power at the time of my swearing in with the party that implemented the coup d’état of 1977 nor the fact that effectively the Commission would be examining abuses allegedly committed under the reign of that political party while it continued to hold Executive power. Obviously, this circumstance could and did have a significant impact on the cooperation of the Government authorities with the Commission from the outset of its operations.

What I did know was that under the TRNUC Act the Commission had to be operational within three months. I have previous experience with institutional building at the international and national level so was acutely aware of the types of regulatory instruments the Commission would need to prepare to govern its operations but also the logistical challenges of finding premises, preparing the budget, advertising for and hiring staff, as well as outreach and communications with the general public and other institutions in Seychelles. Given the political realities on the ground, I quickly came to appreciate that in seeking to become operational, the Commission would not be accorded the type of support that I had previously anticipated would be forthcoming.

Seychelles NATION:  Have you served in a similar commission before?

In the past, I would be supported by a team of highly skilled experts and would not be expected to produce all the legal work myself. I note in that regard, that it is because transitional justice processes are generally foreign to the situation country that international support is cultivated and international staff recruited to assist national authorities in implementation of their transitional justice strategies.  International support is also used to lend credibility or impartiality to the national process, in addition to ensuring that it has the technical capacity to succeed.  The Commission, while under its Act purportedly authorised to recruit what national and international staff it considered necessary, was denied the right to hire any international staff to bring to the seat of the Commission.

To try and get the technical support that the Commission desperately needed I drew upon my professional networks and I did succeed in securing internationally trained lawyers to work for free on discreet tasks for the Commission, including research for its reparations policy and amnesty guidelines and eventually the Commission was permitted to remunerate two international lawyers, who had been assisting the Commission for well over a year on a voluntary basis.  I also managed to identify a number of international lawyers willing to come to the seat of the Commission to work for free at their own cost, which would have provided much needed support to me in particular in the preparations of case determinations. However, entry to Seychelles for that purpose was denied to those persons and on appeal only one person was permitted to come to the Commission.

I note that on the whole there appeared to me to be an unjustified and misplaced aversion to the use of international staff, highly skilled in the work to be done at the Commission. This aversion – which significantly placed the burden of the substantive work on me – only served to the detriment of the Commission and its complainants.  Significantly, the use of people highly skilled in the work to be done was not something sought to the detriment of the use of national staff, however, it has to be accepted that this was a completely new experience in Seychelles, there is a dearth of experience in human rights and that it was unrealistic to expect national staff to hit the ground running as the short temporal time frame of the mandate required.  I note that the aversion to the use of international expertise also placed considerable burdens on national staff, previously unskilled in the work to be undertaken by the Commission, and I salute their efforts to meet the challenges placed upon them.

Seychelles NATION:  You have been in the limelight since the very beginning, did you feel pressurised in any way?

Gabrielle McIntyre: If I have been in the limelight it is not something I have been aware of.  I have not felt pressurised except under the burden of work to be completed, the timelines in which to do so, and the lack of technical capacity of the Commission to complete that work.  In addition, given the political divisions in the country, I have kept to myself throughout my three years and three months in Seychelles as a means of preserving and demonstrating my impartiality and my institutional loyalty to the Commission and as a consequence I have felt the pressure of social isolation.

Seychelles NATION:  What has been your experience so far?

Gabrielle McIntyre: My experience so far has been very difficult, challenging and exhausting but also extremely rewarding. It has been a great honour to chair the Commission and contribute to an event of such historical significance to the country and that will leave a lasting legacy. It has also been a great experience to work with the National Commissioners and to benefit from their knowledge about their country and to help facilitate their role as agents of change in their communities. It has also been extremely rewarding to witness the professional development of the national staff who will no doubt serve the Seychelles well in the future when they move on from their work at the Commission.

Seychelles NATION: Did you get any threats while doing your work or did you have to surmount any hurdles?

Gabrielle McIntyre: I received reports of threats being made but I accorded those threats little weight and refused to be intimidated by them. With respect to hurdles, they were a regular occurrence, and they primarily arose from a lack of cooperation being accorded to the Commission by government authorities generally in the provision of information requested. They also arose from the gross under resourcing of the Commission to carry out its basic tasks and by what the Commission considered abuses of power on the part of the Ministry of Finance. In that respect, the Ministry of Finance accorded to itself the authority to completely control the Commission, made unilateral decisions concerning the Commission’s staffing complement, micro-managed its expenditure and its administrative procedures and all to the overall detriment of the efficiency and the effectiveness of the work of the Commission.  All the hurdles faced by the Commission are well documented in Volume I of its Final Report.

Seychelles NATION:  Now you are leaving Seychelles, has TRNUC achieved what it was supposed to?

Gabrielle McIntyre: Now that I am leaving Seychelles, I believe the TRNUC has achieved more than it was supposed to. It was never properly resourced to achieve what it was mandated to achieve and cooperation on the part of those who had the ability to assist the Commission has been extremely limited, particularly in the first part of its operations and prior to the change in Executive Government.  The Commission still has a number of the 373 admissible complaints filed before it to determine. To date 126 have been filed before the President, 100 are pending agreement of the National Commissioners, 69 are in draft (many waiting the provision of additional information) and 78 remain to be started. It is a considerable work load pending to be completed. Once the report is made public the complexity and the significant amount of work required to investigate and determine individual complaints will be clear. It is also to be noted that no other truth commission has taken this individualised approach to the investigation of human rights violations with its focus on the identification of individual perpetrators. This individual complaint-based approach has significantly increased the work load of the Commission and the burdens upon it.

Seychelles NATION:  You are associated with ‘Women’s Initiatives for Gender Justice’ and have also been recognised as a ‘phenomenal woman’. Please tell us more about your work on that.

Gabrielle McIntyre: I have been the Chair of Women’s Initiatives for Gender Justice for a number of years. The Women’s Initiatives for Gender Justice is an NGO that advocates for gender justice in transitional justice processes around the world and at the International Criminal Court. With respect to the latter, the Women’s Initiatives works to ensure that crimes against women and children, primarily crimes of rape and sexual violence, are treated equally before the International Criminal Court. I have worked for many years advocating for gender justice in international forums, and in particular for the proper treatment of crimes of sexual violence. On International Women’s Day, Africa Legal Aid (AFLA) a pan-African NGO, recognised me, along with a number of other women, as a ‘phenomenal woman’ for my work in international criminal justice.

Seychelles NATION:  Have you been able to meet the women in the Judiciary in Seychelles?

Gabrielle McIntyre: Upon arrival in Seychelles, I had the honour of meeting with the former Chief Justice, Mathilda Twomey, to discuss potential assistance of the judiciary to the Commission but other than that professional encounter I have not had the opportunity to meet the women in the judiciary in Seychelles.

Seychelles NATION:  What has been the event that has marked you in Seychelles?

Gabrielle McIntyre: It is difficult to identify any event that marked me in Seychelles.  Throughout my time here my focus has been on the mandate of the Commission and delivering on that mandate in difficult circumstances. I would like to express my deep appreciation to the National Commissioners, vice-chair Michael Green, commissioner Marie-Therese Purvis, commissioner Jacques Koui and commissioner Archbishop Wong, for the trust they have placed in me throughout this process and to thank them for staying the course. It certainly has not been easy for any of us and I hope the broader community of Seychellois can appreciate the efforts each of them have made towards a better Seychelles for all Seychellois.