Windsurfing: 40th anniversary of the Mahé-Praslin Crossing 33 surfboarders on the starting line |20 August 2022 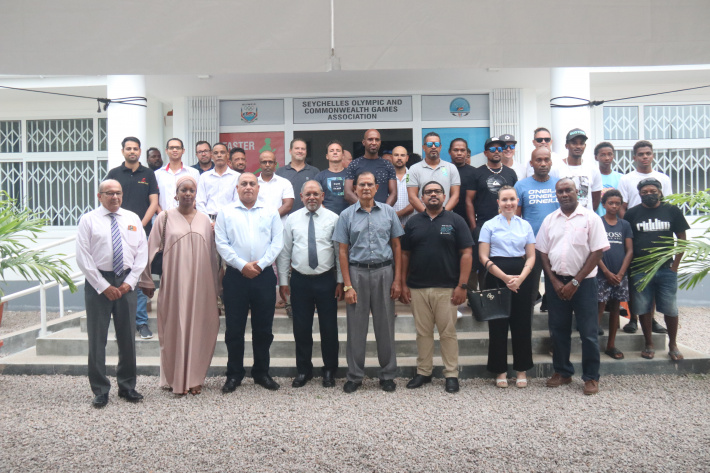 The surfers in a souvenir photo with Vice-President Afif, PS Jean-Louis, and the sponsors

A total of 33 surfboarders have registered for today’s traditional Mahé-Praslin crossing which will feature windsurfing and kitesurfing, which is commemorating 40 years since the first crossing took place in 1982.

To commemorate the 40th anniversary of the crossing, a series of windsurfing and kite-surfing has been programmed to take place on Praslin .

The Airtel Praslin Slalom – one week slalom on Praslin with a number of races –has been sponsored by local telecommunication company Airtel Seychelles and, along with the crossing will gather 30 surfers, including three from Reunion and three from Mauritius, with four junior surfers from Praslin having also confirmed their participation.

The last crossing was in 2020 where Bertrand De Charmoy Lablache almost clocked a new record in the windsurfing category with a time of 57 minutes 59.79 seconds, only a few seconds shy off Straven’s record.