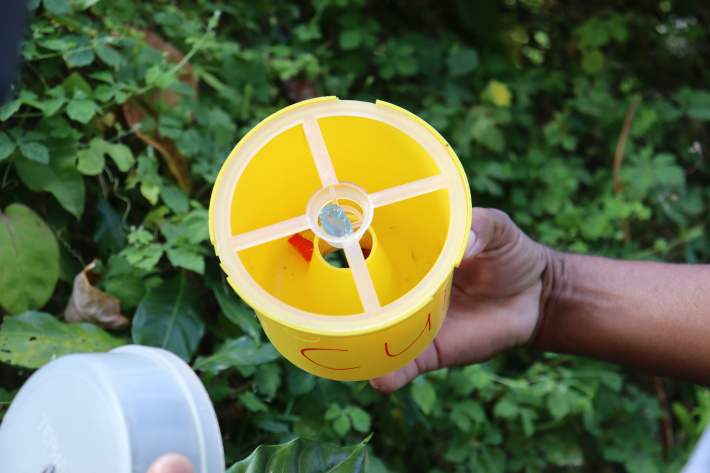 Two technical officers specialising in pest management were on a mission to Seychelles last week, conducting a review of the ongoing activities and future implementation of an ambitious project to suppress the population of the melon fly pest locally.

On Friday, the last day of their mission, they met with the local press to talk about the current situation here.

The technical cooperation project between the Ministry of Agriculture, Climate Change and Environment, and the International Atomic Energy Agency (IAEA) aims to find solutions to problems caused by melon flies, a pest first introduced in the Seychelles in November 1999.

Since its introduction, the production and yield of certain crops, most specifically cucurbit plants, including melon, pumpkin, squash and cucumber, have been severely impacted, adversely affecting local farmers and production.

As per principal scientific officer of the Entomology Division within the Agricultural Services Ministry of Agro Industry and Food Security of Mauritius, Preeaduth Sookar, if left uncontrolled, the pest will cause significant damage, meaning farmers will have a tendency to use more pesticides, to the detriment of the environment.

While numerous methods have been employed over the years in an attempt to control the pest, Seychelles is gearing up for another method, the sterile insect technique (SIT), among the most environment-friendly insect pest control methods.

“These methods have already been proven to work at Anse Boileau. Farmers in the area, and there are about 119 of them, have managed to reduce the flies population. But, we want, with the IAEA, to introduce a new technique, involving releasing sterile flies. The flies are to be produced and irradiated in Mauritius, and then transported to Seychelles,” he said.

“The plan is to release the sterile flies as from March next year, for around twelve weeks, to see whether we can reduce, or even eradicate the population, allowing farmers to produce high-quality fruits and vegetables, without the use of pesticides,” Mr Sookar stated.

Irradiation, such as with gamma rays and X-rays, is used to sterilise mass-reared insects so that, while they remain sexually competitive, they cannot produce offspring.

As such, the programme is expected to reduce the melon fly population, and at the same time reduce the use of pesticides, while increasing production of quality and healthy produce.

Head of Insect Pest Control at the Joint Food and Agriculture Organisation and IAEA Centre for Nuclear Application on Food and Agriculture, Rui Cardoso Pereira, noted that the pilot project will see 1.6 million sterile flies released weekly at Anse Boileau to control the already existing population, in addition to being a preventive means of control against the oriental fruit fly, which has been wreaking havoc across the African continent and Indian Ocean since around 2003, and from which Seychelles has been spared.

“The method in general has been used for sixty to seventy years to control several insects, not just fruit flies. The method started with a fly that infests cattle, called screwworm, and it has been eradicated all through the US, and Central America to Panama,” Mr Pereira noted.

“Chile is today a fruit-fly free country, giving them a lot of advantages in fruit export. Importing countries, when dealing with exporting countries with fruit fly infestations, require post-harvest treatments, meaning the produce have to undergo either cold or hot water treatment, adding on costs to the product. Produce from fruit-fly free countries can be imported for much cheaper, representing for the importing country no risk of importing the pest,” Mr Pereira added.

In the meantime, farmers in Seychelles can adopt alternative techniques to control the population and minimise damage to their produce. Traps and baits are available at little to no cost, and have been proven to be effective in controlling the pest when properly employed.

The specialists arrived in the country on Monday last week, leaving the country on Friday. Their mission involved reviewing the ongoing field activities and baseline data collection of melon fly, providing recommendations on means to improve baseline data collection, as well as to plan the shipments and needs of the sterile insects to the pilot area. 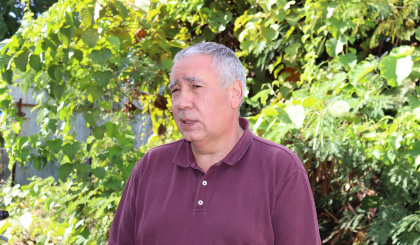 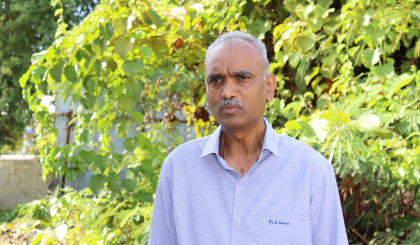