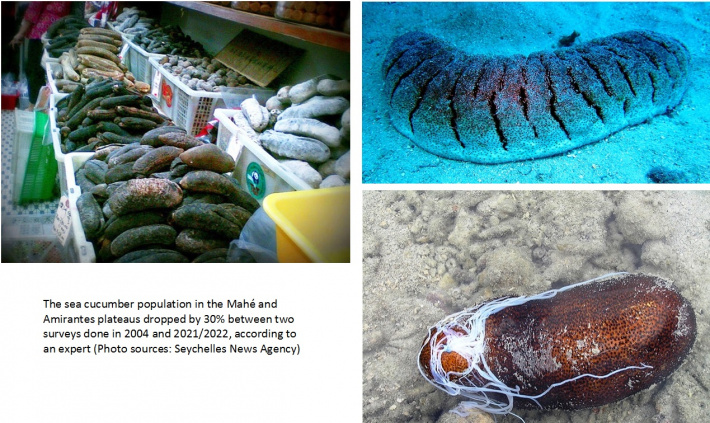 A stock assessment of the sea cucumber population in the Mahé and Amirantes plateaus shows the species dropped by 30% between two surveys done in 2004 and 2021/2022, according to an expert.

The findings were presented at a half-day validation workshop for stakeholders in the sector, organised by the Seychelles Fishing Authority (SFA) late last week at the International Conference Centre (ICCS).

It followed a two-month survey at sea in November 2021 and March 2022, led by Australian scientist, Tim Skewes, with the participation of SFA personnel and sea cucumber divers.

When officially opening the workshop, the minister responsible for fisheries, Jean-François Ferrari, stressed on the importance of the study and the co-management approach.

He called on the fishermen to remain engaged and involved at all levels of discussion.

“This is your industry, so that is why we are engaging with you a lot. I insist that you take part in the research and the decisions that will be taken after about this industry,” said Minister Ferrari.

He also reminded that they had “a collective responsibility to protect the species and that it is important that we do not only think of today or tomorrow or the coming weeks but rather the years ahead because our responsibility is towards our children and grandchildren who may be thinking about joining that industry in the long run”.

According to SFA’s senior fisheries scientist, Stephanie Hollanda, the survey had five main objectives, among which to have an independent and credible fisheries survey, to get real figures on the stock, collect biological and ecological information on the species and to better understand its exploitation.

Since 2004, this was the first major survey done on the species. According to Ms Hollanda, 206 sites were eventually visited after 14 sites from the initial number were abandoned due to bad weather and poor visibility. 182 sites were repeated from the 2004 study.

Ms Hollanda said other than the issue with some sites, the study went generally well, and a co-management approach was used, meaning the involvement of those directly involved with the fishery sector. The methods used to collect data were underwater visual census by scuba divers as well as the use of remotely operated vehicle.

“The scientist and our personnel worked well with the fishermen, who really helped with spotting the different types of sea cucumbers, which would have been difficult if they were on their own. So the scientists gained a lot of expertise from sea cucumber fishermen, which was positive,” said Ms Hollanda.

Sea cucumber fishery began in the early 1980s in Seychelles and according to SFA it picked up in the 1990s. By 1999, there were signs of stock depletion.

There are presently three species which are commercially-viable, namely namely ‘pentard’, white teat fish and Prickly redfish, known as ‘Sanpye’ in creole.

The first survey carried out in 2004 indicated that back then all three were fully exploited. It was therefore recommended fishing effort should be controlled so the catches did not exceed the recommended Total Allowable Catch, (TACs). Back then, it was suggested that there should be periodic monitoring surveys to assess the performance of the current management strategies and modify if required.

In 2017, there was an independent survey of the species which showed a decline in the abundance of Black teatfish to a very low density and a 40% reduction in other high value species. There again, it was recommended that the fishing of Black teatfish should ceased and Seychelles should implement catch limits based on the Total Allowable Catch suggested in 2005, following the 2004 survey.

New measures were introduced to regulate the collection of the three types of sea cucumber species -‘pentard’, white teat fish and Prickly redfish (‘Sanpye’) - to ensure sustainability. There again it was proposed that more detailed fishery assessments for priority species should be done.

It should be noted that as part of the management measures for the species, SFA issues 25 licenses annually and in 2021 the Total Allowable Catch (TAC) permitted was 375,000 pieces among them. There is also a fishing season for sea cucumber.

For the recent study 2021/2022, twenty species of sea cucumber were targeted, although there are still only three commercially-exploited, under the current management measures.

According to scientist Tim Skewes what the study indicated was that although some species had increased since 2004, the overall observation is that the entire population dropped by 30% between two surveys.

He said with regard to the commercially-exploited species, they noticed that the white teatfish (Kokosye blan), was heavily depleted, ‘Pentard’ was over-exploited, whereas the population of the Prickly redfish, (Sanpye), was uncertain but possibly under-exploited.

The initial recommendations are to cease fishing White teatfish and to monitor the species in 3 years’ time, to reduce the quota for Pentard by an additional 10% and urgently implement targeted stock assessment. It has also been recommended that an additional stock modelling on Prickly redfish should be carried out, and SFA should continue to monitor the recovery of Black teatfish.

Mr Skewes said that SFA will now need to sit down with the stakeholders and decide on their next step.

He suggested that since sea cucumber fishery was an important sector for the country’s economy it was important to look at each of these species individually and plan their management approaches based on these results.

“Individual species that form the backbone of the Seychelles fisheries such as flower fish or pentard, I think each will have to be managed in their same right so that will be the first stage. It really is an extraordinary fisheries that you have here and moving forward can be extremely valuable for this country. So look at those individual species. Going forward keep the fishery going but certainly management action is probably required.”

Mr Skewes also said there could be other factors that may have affected the results such as climate change which may impact on the ecosystem and fisheries. He therefore proposed that Seychelles should also consider more research on the species.

“Again when you are formulating these management approaches take into account the possible climate change impact. That work is being done in other parts of the world and we can use that information in Seychelles as well,” he added.

Boat owner, James Lesperance, who has been involved with the sea cucumber fishery, said although he welcomed the study, he did not think it reflected the real picture. According to him, the quota in place had not been taken into account when carrying out the study.

“I do not believe there is over-exploitation. I would advise the scientist to take into consideration the restrictions and quota in place for the past years and to compare the results. However, it is good we have this study, as we need to look further ahead,” said Mr Lesperance.

His views were echoed by another businessman, Patrick Port-Louis, who said although the study was welcomed, the scientists should consider other factors that may impact on the fishery sector such as poor visibility at certain times during open season.
He called on SFA to have more consultations with the stakeholders so as to get more accurate information.

“Some of us have been doing this for over ten years, so it is important to consult us, who are on the field. Do not just rely on scientific report to implement the measures.”

SFA said following the validation workshop, the management advisory committee comprising all stakeholders will meet soon to decide on the way forward with regard to management strategies. 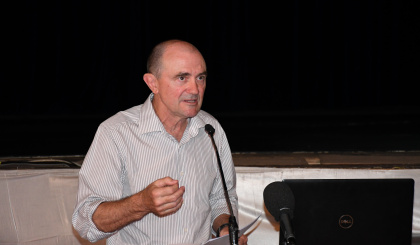 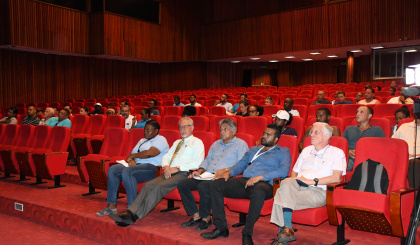