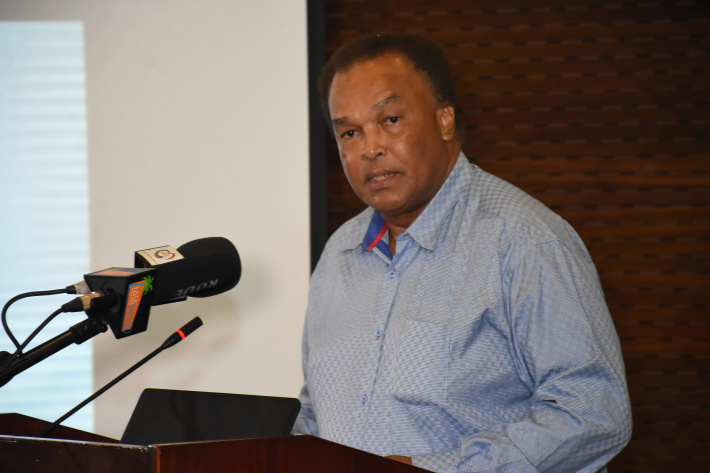 South West Indian Ocean states including Seychelles can expect less rain than usual for the upcoming rainy season, spanning from October to December, as well as colder than usual temperatures.

According to meteorologists and climate experts from various countries in the Southwest Indian Ocean who have since Monday convened for the eleventh session of the Regional Seasonal Forecasting Forum for South West Indian Ocean states (SWIOCOF-11), the pattern in rainfall is expected to linger even past January, whereby although some improvements are expected, rainfall is still forecasted to be less than usual.

The Regional Seasonal Forecasting Forum for the region has been organised by the Seychelles Meteorological Authority (SMA), in collaboration with the Indian Ocean Commission (IOC), and Meteo France, and officially kicked off on Monday with three-days of technical meetings.

“Based on what was presented today, and work which started since Monday, for the upcoming seasons, October, November and December, we will have less rain than usual for this period of the year. By November, December and January we expect some improvements, close to the normal range, but we still expect that it will be less than usual.”

“We consider various drivers before finalising the seasonal forecast, but for this year, one which is slightly more dominant is what we call La Niña. La Niña, for regions in the South Western Indian Ocean such as Seychelles, it means we have less rain,” said Egbert Quatre, meteorologist at the SMA.

La Niña refers to the periodic cooling of ocean surface temperatures in the central and east-central equatorial Pacific.  Typically, La Niña events occur every 3 to 5 years or so, but on occasion can occur over successive years.  During a La Niña event, the changes in Pacific Ocean temperatures affect the patterns of tropical rainfall, and weather patterns throughout the world.

As the forum groups together countries with common climatological characteristics, the primary aim is to ensure consistency in the access to and interpretation of climate information.  As per Mr Quatre, such meetings are important, allowing for the comparison of methods, while also ensuring that stakeholders are working according to a common methodology, towards a coherent outlook.

Principal secretary for Energy and Climate Change in the Ministry of Agriculture, Climate Change & Environment, Wills Agricole, notes that the regional event is imperative in allowing participants to evaluate the accuracy of previous forecasts while also agreeing on a consensus outlook for the season.

Over the first three days, stakeholders interacted with the key economic sectors of each region, extension, agencies and policymakers, to assess the likely implications of the outlooks on the most pertinent socio-economic sectors in the region, and how these outlooks may be of use to them.

“It is a very good opportunity to interact with the climate experts on how such climate outlooks can be useful in the day-to-day planning, and as a result contribute in penetrating the socio-economic activities of respective countries.

“The forum has demonstrated many benefits over the last decades including the promotion of broad acceptance and awareness of seasonal forecasts, improvement of members’ capacities to develop and interpret such forecasts, and the provision of useful information for decision-making at national level,” Mr Agricole stated.

It is crucial that citizens of member states remain informed during “these unprecedented times” to allow for preparations particularly during rainy and cyclonic seasons. Relevant and timely climate information is also crucial to governments’ decision-making.

Member states of the IOC share common concerns and issues based on the common geographical and climatical characteristics, including maritime influence climate, tropical extreme weather events such as torrential rains and cyclones, and cyclones typical of the Southern hemisphere.

Climate vulnerability is an especially important concern, as the region faces challenges in assessing predictability and facilitating access to climate information.

Seychelles has previously held the fifth and sixth edition of the forum in September 2016 and 2018. Due to the pandemic, the forum was held virtually between 2019 and 2021. 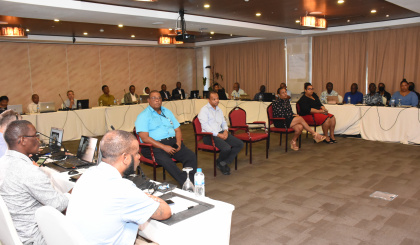