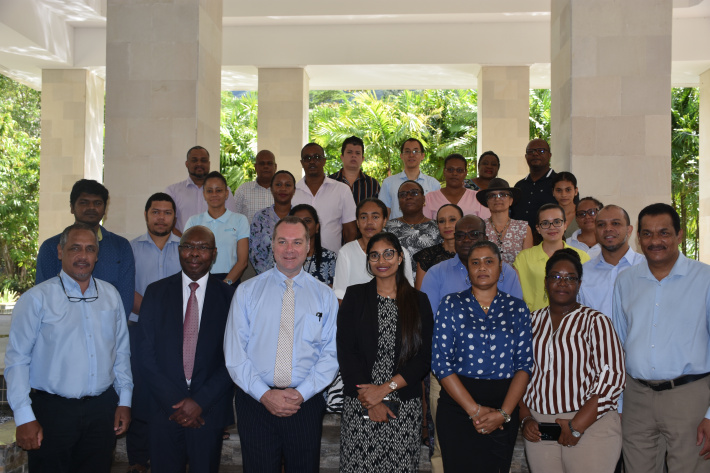 Delegates and guests in a souvenir photograph

Seychelles is currently undertaking a review of its current Science, Technology and Innovation (STI) policy and strategy 2016-2025, in a bid to ensure that it is relevant to the current economic climate and global landscape.

As the custodian of the policy and strategy, the Division of Science, Technology and Innovation (DSTI), under the aegis of the Ministry of Investment, Entrepreneurship & Industry, in partnership with the United Nations Conference on Trade and Development (UNCTAD) yesterday invited stakeholders to a workshop to discuss and deliberate on the extent to which the existing policy is promoting its function and economic development, in view of the current economic environment of post-Covid realities.

According to the director general of DSTI, Xavier Estico, the workshop is but the first of many, aimed at identifying practical actions that favour technological capacity-building and the strengthening of their innovation capabilities, while also allowing recommendations for the establishment of adequate institutional arrangements to foster the growth and development of STI across all sectors and programmes.

Mr Estico further highlighted the purpose of the policy, towards the transition of the economy from an economy efficiency-driven one, to a resilient, innovation-driven, knowledge-based economy by 2025.

This, he emphasised, is especially necessary to counter, mitigate and adapt in the face of external shocks, which at the moment include global political turmoil, increased tensions in the Indo-Pacific and looming global inflation.

The policy and accompanying strategy was developed in 2014 and launched in 2017.

While he acknowledged that the policy has been endorsed as a very-well policy and strategic framework by the United Nations Educational, Scientific and Cultural Organisation (Unesco) among other partners and countries, he highlighted a key challenge in policy-literacy deficiency.

“If there has been this level of divulgation of the policy at national level, why is the role of STI misunderstood and unappreciated, and the role in the integration of all sectors and programmes is still weak?” Mr Estico questionned.

UNCTAD consultant, Dimo Cavalski, whose role is to develop, implement and build capacity for STI policy in developing countries, noted that the review comprises a number of components, the most important being raising awareness to stimulate policy dialogue among stakeholders about the role of STI in national development and to encourage the emergence of stronger linkages among the STI players.

“It is very important for Seychelles to move to a knowledge-based economy. So far, Seychelles has been resource-based and unfortunately, in development, we all hit limits with resources, be it finance or natural resources as we have here in the Seychelles. Eventually, we need to move away from that, and knowledge as an economic resource is a very particular one, because the more you use it, the more of it there is, so in this sense, it is very different from other resources, which eventually get depleted, or reach their limits. So, my hope is for Seychelles to start moving towards a knowledge, and knowledge-intensive based economy as this is obviously the pathway to the future,” Mr Cavalski stated.

Similarly, Professor John Ouma-Mugabe, also an UNCTAD consultant, highlighted a number of issues which the review seeks to address, including the need to strengthen institutional infrastructure for STI.

He pointed out that institutional mechanisms for coordinating STI are relatively weak in the country, and marred by financing issues, and limited investment in research and development.

“The target that was set in the policy is one percent of Gross Domestic Product (GDP), but the country is not there yet, so it is unlikely that by 2025, Seychelles will have met the goal for 2 percent of expenditure on research and development,” he said.

Political engagement and investment into STI is also vital if Seychelles is to address many of the challenges, namely, climate change and food insecurity, Professor Ouma-Mugabe added.

UNCTAD is also assisting Seychelles in conducting a pilot project, a technological assessment in the agriculture and energy sector, in addition to the mapping of the National System of Innovation, which has remained on the backburner for numerous years.

The policy review report is expected to be ready by mid 2023. 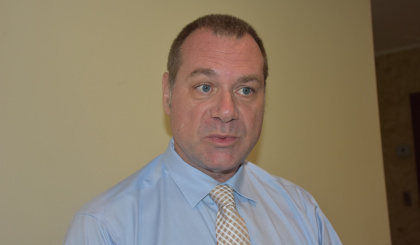 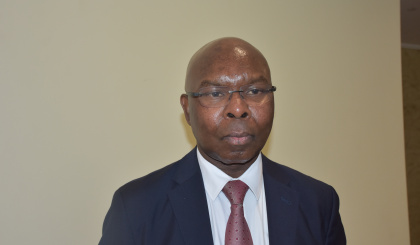 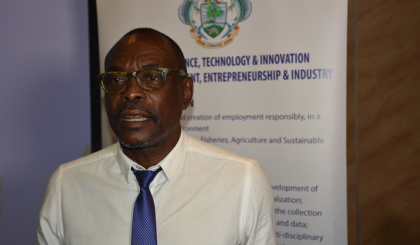 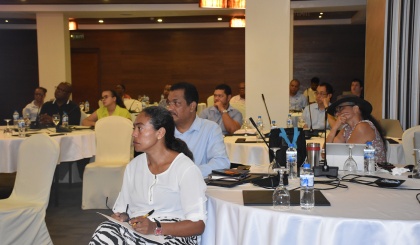 A partial view of delegates and guests at the session yesterday