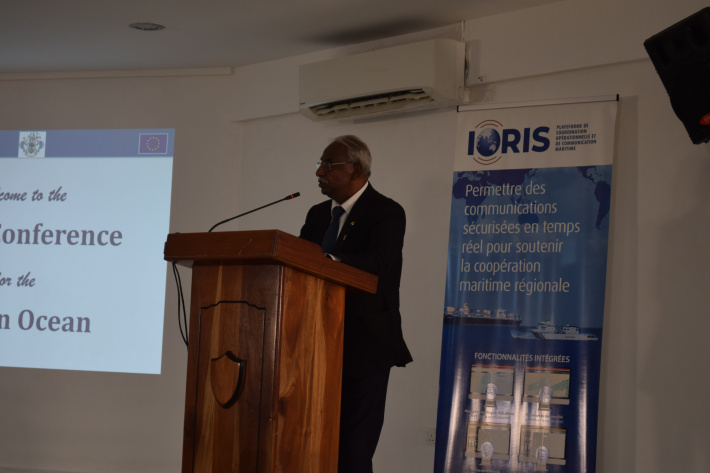 • EU extends CRIMARIO project up until 2025 and boosts financing

Some eighty officials from 23 countries are currently in Seychelles, attending the first-ever two-day Indo-Pacific Regional Information Sharing (IORIS) platform conference for the Indian Ocean, organised by the European Union (EU) and funded by the Critical Maritime Routes Indo-Pacific (CRIMARIO) project, in collaboration with the Seychelles Ministry of Internal Affairs.

Hosted by the Seychelles Coast Guard, the conference is part of a series of regional events centred on discussions on the use of IORIS, a neutral and secure web-based communications tool to exchange information and respond effectively to maritime security threats and manage incidents at sea.

The series of conferences aim to build communities of users and enrich and enhance the IORIS network, by examining how the platform can be exploited further, to become a truly regional platform.

During the two-day event, senior officials from Indian Ocean countries, together with national and international agencies and organisations involved in maritime security, will analyse the potential of the IORIS platform as a sustainable, and in the future, regionally owned tool, to fight maritime challenges such as terrorism at sea, port security, illegal unreported and unregulated fishing, maritime pollution, and to explore ways on how to enhance the platform.

Minister for Internal Affairs, Errol Fonseca, during his keynote address on behalf of President Wavel Ramkalawan and the government of Seychelles thanked the EU for the sustained cooperation which the two parties have enjoyed for over a decade in the maritime field, especially with EU Naval Force (EU NAVFOR) - Operation ATALANTA which has been quintessential to addressing piracy, and now forms the bedrock to addressing the other maritime crimes in the region, as well as the recent joining of forces with the Seychelles Fishing Authority (SFA) to address sustainable fisheries.

“Seychelles’ close relationship with CRIMARIO since its inception is another area of cooperation that strengthens core resolve, to meet the wide range of crime in our maritime zones, and the fluidity of the crimes requires secure operational communications between partners. The IORIS platform provides this added security requirement. Being user-friendly, it facilitates collaboration between countries, cultures, agencies, allowing partners to conduct business in a harmonised manner.”

IORIS is now present in over 21 countries, three international organisations, including non-governmental organisations and various industries. The platform was officially launched in Seychelles in 2018, and has been supported by the Indian Ocean Commission Centres, namely the Regional Maritime Information Fusion Centre and the Regional Centre for Operational Coordination (RCOC).

For his part, ambassador of the EU and EU Senior Coordinator for Maritime Security in the Northwest Indian Ocean, Michael Pulch, commended Seychelles for its immense contribution towards the EU’s maritime security agenda, noting that as a global trading powerhouse the EU is reliant on maritime transport and infrastructure. In addition, the whole globe is concerned with maritime security, he added.

“Maritime security is all about effective maritime domain awareness. What is required is surveillance capacity, and the effective sharing of available information. Staff need to have the rights skills at their disposal, and be properly educated and trained to use such systems and technologies,” Mr Pulch said.

“The EU engages with its regional partners on this, towards the strategy for cooperation in the Indo Pacific. Our key tool is CRIMARIO, launched in 2015 precisely with the task to achieve better maritime domain awareness, information sharing and coordination,” Mr Pulch said.

As such, asides from operationalising information-exchange through the platform, the EU hopes to establish a regional governance structure as soon as is practical.

The CRIMARIO project was established in 2015 to contribute to enhancing Maritime Domain, and now addressing maritime security and safety threats, and Illegal, Unregulated and Unlicensed (IUU) fishing.

The EU Commission just a few days ago extended CRIMARIO up until 2025, also topping up its budget by €10 million, while requesting that its presence is ramped up in the Pacific Ocean. Altogether, the EU invests €23 million in the CRIMARIO project, under which the IORIS platform falls. 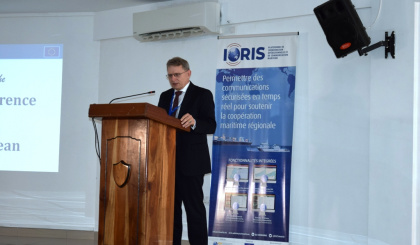