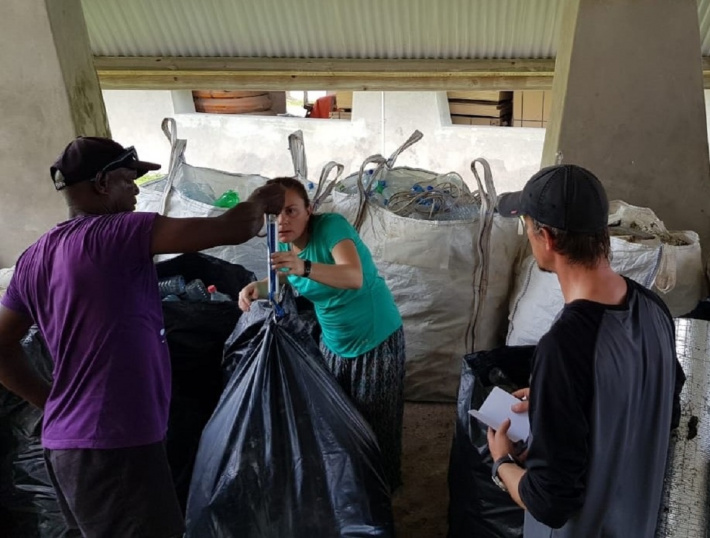 42.5% of collected marine debris identified as PET plastics and flip-flops

Following the World Clean-Up Day (September 21), the growing problem of marine debris accumulation on the outer islands was highlighted in a recent clean-up organised by the Island Conservation Society (ICS) on Desroches.

An incredible total of 284.6kg of marine debris was collected in a beach clean-up on the island earlier this year, in what has been recorded as the most amount of marine debris collected on one day on the island. This links to the growing global issue of human-made marine pollution, which continues to serve as one of the biggest threats to the world’s oceans.

ICS teamed up with WiseOceans, Four Seasons Resort Seychelles at Desroches Island, the Islands Development Company (IDC), Blue Safari Seychelles and resort guests, to clean the 14km perimeter of the island. The clean-up was organised for June 4, during the week leading up to World Oceans Day (June 8).

An astonishing 80.1kg of plastic bottles and 41kg of flip-flops were the most remarkable figures from the mammoth sorting mission, with other categorised marine debris including: glass, polystyrenes and Styrofoam, mooring buoys, ropes and miscellaneous items. The 284.6kg of marine debris collected from this beach clean-up is 26kg more than the largest beach clean-up recorded on Desroches in 2018, indicating that the global problem of marine litter is as prevalent as ever.

The accompanying table details the amount and weight of each of the categories collected:

Combined, polyethylene terephthalate (PET) plastics and flip-flops made up 42.5% of all marine debris collected by the team of 29 beach cleaners.

Four Seasons Resort Seychelles at Desroches Island and IDC allocated more staff members to support with the logistical organisation of transporting people and rubbish to and from various locations around the island. The rubbish was transported back to the IDC jetty and sorted by ICS and WiseOceans staff, in preparation for transportation back to Mahé for disposal and recycling.

“It was a fantastic team effort and heart-warming to note that all organisations working on Desroches were involved. We were shocked as we sorted through the vast quantities of litter and astonished when we had finished weighing all the bags. The total of 284.6kg was higher than had ever been collected on Desroches on a single day, highlighting the problem of marine litter as a growing concern, both locally and globally.

There are a number of things we can do as individuals and collectively to address this problem. We need to change our needs as consumers and alter our methods of disposal of waste products. We need to increase our efforts to keep our beaches clean and encourage others to do the same. We need to lobby our politicians to enforce stricter regulations on the use of non-biodegradable plastics and we need to insist upon more environmentally-friendly forms of waste disposal. The problem of marine litter can only be tackled effectively if people unite to take positive action together.”

“We’re blessed to enjoy a location as beautiful as Desroches, yet part of our responsibility in being able to operate a resort here, is that we are at the forefront of the fight against the destruction of our oceans. Alongside ICS and WiseOceans, our team regularly takes part in beach clean-ups, and speaks with our guests to help raise awareness of this issue, providing them with the opportunity to join in keeping Desroches, and our oceans, as precious as they are.”

During the South-East trade winds, the sea becomes rough to the south of Desroches, resulting in remarkable amounts of marine litter being washed ashore daily from all corners of the Indian Ocean. Among the numerous plastic bottles that were removed from the beach, the team discovered bottles from Thailand, Malaysia, Indonesia, India and Seychelles, demonstrating the truly global nature of the marine plastics problem.

Commenting on the importance of beach clean-ups on islands where ICS teams have a presence, chief executive Michelle Murray said:

“Beach clean-ups are a regular activity organised by ICS on all of the islands where we are based. We consider it as an essential complement of our annual workplan. Through new initiatives developed with The Ocean Project Seychelles, we are helping to create more science-based solutions for a healthy ocean. What happens to the ocean impacts all of us.”

The accompanying photos show some highlights of the clean-up on Desroches. 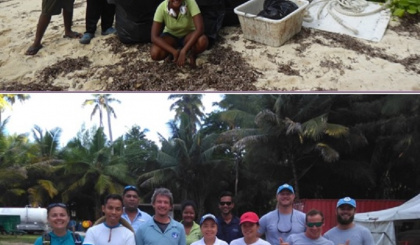 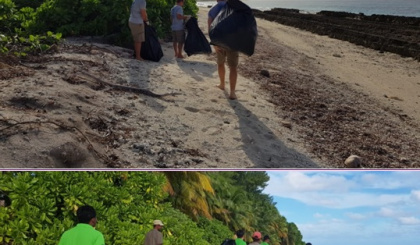 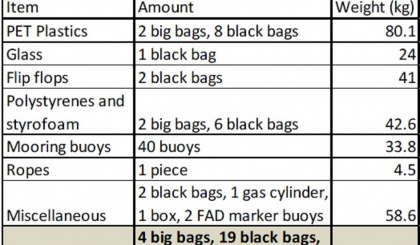 Land owner and contractor expected to be charged with illegal development |29.09.2022