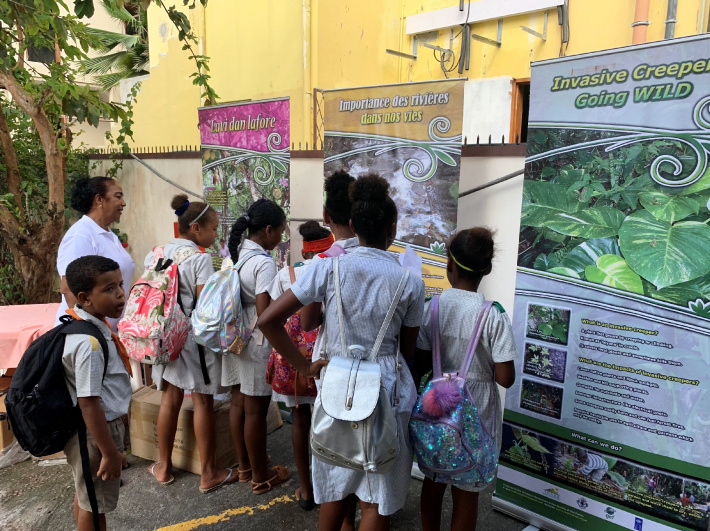 Over the years, Praslin’s mountains have endured much degradation and bush fires which has left behind many ‘red scars’ of soil. The need for restoration of such areas was one of the driving forces behind the setting up of the Terrestrial Restoration Action Society Seychelles (TRASS) ten years ago.

TRASS, which operates based on the effort of volunteers and other esteemed partners and sponsors, aims to rehabilitate the degraded ecosystems around Seychelles. It leads tree-planting activities including mangroves in wetland areas. The organisation also houses the largest nursery of indigenous species of plants around the country; producing approximately 15,000 plants annually.

To mark its 10th anniversary, TRASS held a small ceremony of recognition for its volunteers and partners. An exhibition to display its achievements could be viewed after the ceremony.

This was held last Friday at the Berjaya Praslin Beach Hotel, one of its main sponsors.

Students of Baie Ste Anne entertained the event with songs and sketches.

To those familiar with the organisation, just the thought of the word brings to mind the man behind the success of TRASS – Victorin Laboudallon, a dedicated environmentalist who spends his days labouring towards restoration and conservation of our environment. Mr Laboudallon, one of the founding members of TRASS, shared his appreciation of how far TRASS has come as a team.

“I reminisce about our very first meeting. We agreed that our greatest need was a plot of land. We eventually managed to secure a plot with a five-year lease. Last year, after meeting the President, our lease was extended to 50 years. And that in itself is a great achievement. It will allow continuous development for us. I might not be there by then, but I’m hopeful that my granddaughter Kiara will take the lead then.”

TRASS started with a small plot of land at New Come as a trial and today it has rehabilitated hundreds of hectares of government and private owned land throughout Praslin and beyond.

Mr Laboudallon anticipates that Praslin has seen the last of bush fires and that TRASS will keep striving towards leaving the island much greener than it has ever been. He also shared his hopes to eventually move to the regional islands and share the knowledge accumulated during those 10 years.

The ceremony would have been incomplete if he had not paid tribute to three esteemed partners and volunteers who contributed greatly to TRASS but are no longer in this life – Louis D’Offay, Helene Lesperance and Aterville Cedras.

Dr Elvina Henriette, consultant and also a founding member of TRASS, thanked all partners for their valuable contribution.

“10 years ago we started with nothing. The only thing we had was a small group of volunteers with great ideas, passion and the motivation to make a difference. Over the years we managed to build our assets and grow over 50,000 plants in the mountains of Praslin, wetlands and coastal areas. Overall we planted in over 30 hectares of land on Praslin and this alone represents the largest ecosystem rehabilitation work nationally over the past 100 years. All this would not have been possible without the support of our partners, collaborators and our large base of volunteers. Thank you all.”

Over the years TRASS has built a very good foundation which is merely regarded as the beginning of greater deeds for the upcoming 10 years. TRASS will require new ideas, voices and a new community of change makers.

“We also need leaders to lead TRASS in the future and I hope to one day have a leader from Praslin who would stand in my shoes. So far we have two Praslinois employees and we hope to eventually have more to pave the way for TRASS. So as each one of us goes home tonight, take a little time to look inside your heart and see what action you can do everyday to make a change where it matters; a change for you, your family, your community and your country,” Dr Henriette shared. 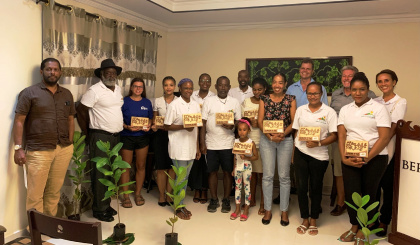 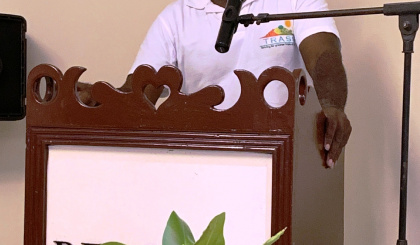 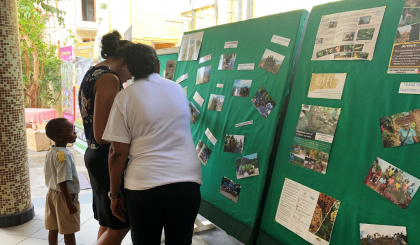