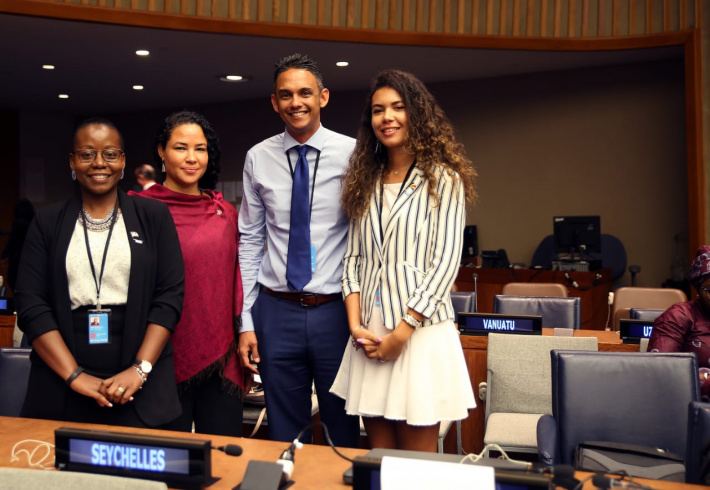 Seychelles recently attended the 3rd Intergovernmental Conference on an international legally binding instrument under the United Nations Convention on the Law of the Sea (UNCLOS) on the conservation and sustainable use of marine biological diversity of areas beyond national jurisdiction.

The main objective of the conference was for countries to discuss and negotiate the first draft text of the potential legally binding instrument the conservation and sustainable use of marine biological diversity of areas beyond national jurisdiction or the ‘High Seas’.

The High Seas refers to the ocean spaces outside every coastal state’s exclusive economic zone, the common heritage of mankind. Under the United Nations Convention on the Law of the Sea (UNCLOS), this entails free access to all.

In the past ten years or so there has been a big interest on the impact of exploitation of marine resources in areas beyond national jurisdiction. The international community has become more concerned with the conservation and sustainable use of these resources, due to increasing pressure on the resources and the sensitivity of the environment due to certain activities such as fisheries and growing interest for seabed mining. Through a resolution of the General Assembly of the United Nations on December 24, 2017, it was decided that negotiations should take place for the creation of an international legally binding instrument on the conservation and sustainable use of marine biodiversity of areas beyond national jurisdiction. These negotiations have started since 2018 through the auspice of the United Nations via the first two intergovernmental conferences.

At the 3rd conference, Seychelles participated actively in the G77 & China Group, the African Group and the Alliance of Small Island States (Aosis) Groups’ contributions to the negotiations and also attended several side events in the margins of the conference. Along with several other considerations for example, Seychelles along with other small island developing states (Sids) are calling for special consideration be given to the circumstances of Sids as well as adjacent coastal states to such areas. The delegation was also particularly vocal about the importance of an effective and transparent Environment Impact Assessment process.

Seychelles has been actively participating in the negotiations and is committed to the completion, by the fourth session next year, of a transparent and inclusive legal instrument providing the proper mechanisms for benefit sharing, access to marine genetic resources, capacity building and transfer of marine technology.