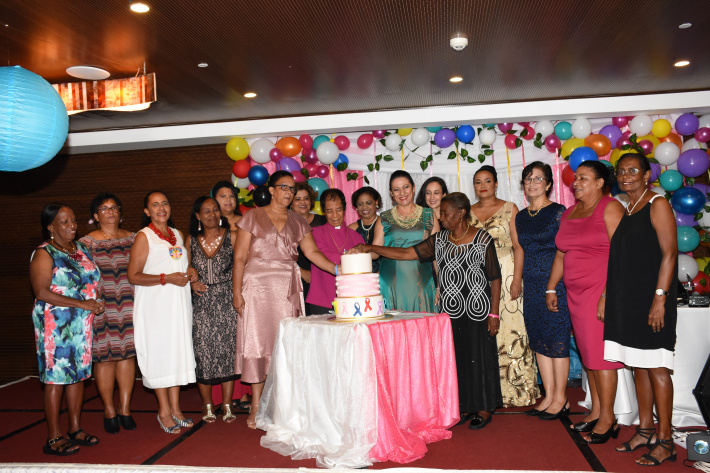 Members of the Cancer Concern Association (CCA) convened at the Savoy Resort and Spa on Saturday to celebrate the 20th anniversary of their association.

Twenty years ago a group of people joined together to create the CCA. The group started out small but over the two decades since its inception it has gained over five hundred members.

“It is a very special occasion because we are not only celebrating 20 years of an organisation but we are gathered for one noble cause,” said Josie Michaud Payet, the vice-president of CCA.

She recalled that 20 years ago a group of friends who were concerned about cancer being a threat to the community got together because many of its founding members had lost a family or friend from this disease and they felt that the Ministry of Health could not do it alone.

Ms Michaud Payet noted that twenty years ago cancer was a taboo subject and nobody wanted to talk about it.

“We went to the radio and made a call to any one suffering from this disease to join us on the journey to cancer awareness and get everybody in the fight against this disease,” said Ms Michaud Payet.

She went on to tell the story on how in the mid-nineties Georgette Alvis, one of the founding members of the association, became their first cancer ambassador shortly after she returned to the country following her breast cancer treatment in reunion.

“It is through her that the pink campaign started in her house at La Misère. At the time we were not thinking of an association but rather a support group because we knew that people affected by cancer need support and without it their journey is unbearable and painful,” added Ms Michaud Payet.

“The rose depicts exactly what we mean by ‘you never have to be alone’, the little bud represents somebody affected by cancer and that big rose is all the support around the affected person,” remarked Ms Michaud Payet.

After her address the evening continued with blessings from Bishop French Chang-Him who is the chairman of the association. The bishop remarked that we should remember those who lost the battle and take comfort in the fact that they are now in the hands of God.

After his blessings and short prayer, current and past members of the association joined together on stage to cut the commemorative anniversary cake.

There was also a recital of poems by two young adults whose lives have been impacted by cancer.

The night came to a climax when a group of cancer survivors put on a fashion show were they displayed their modelling skills and the works of talented designers from the Seychelles Institute of Art and Design. 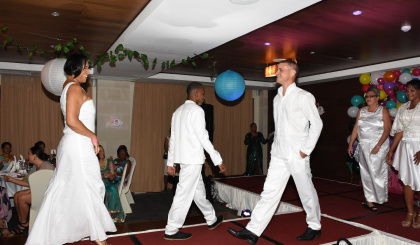