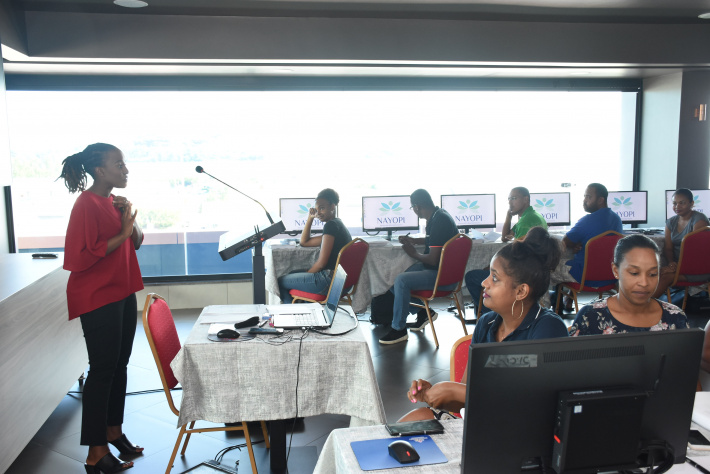 Twenty participants from government ministries, departments and organisations are since yesterday attending the first in a series of three ArcGIS basic trainings being held at the Nayopi restaurant and business centre in the KB Emporium building at Providence Industrial Estate.

ArcGIS is a Geographical Information System (GIS) platform used by spatial professionals and organisations to create, manage, share and analyse spatial data as well as increase the understanding of GIS. It consists of several components, mobile and desktop applications, and developer tools.

The aim of the training is to introduce the concepts and application of GIS software with conceptual and practical sessions for the analysis of spatial information by the GIS software supplier for the Southern African region, Environment Science Research Institute (ESRI) from South Africa. The training is in support of the Joint Management Area (JMA) Marine Spatial Planning (MSP) Framework.

The five-day training is being organised by the Department of the Blue Economy in collaboration with the United Nations Development Programme (UNDP) as part of the capacity building component of the UNDP-JMA Standalone Demonstration Project, funded by GEF and being implemented by the governments of Seychelles and Mauritius.

The training was launched yesterday by the acting principal secretary in the department of the Blue Economy, Philippe Michaud, in the presence of UNDP’s JMA Demonstration Project representative based in Mauritius, Ridheema Jhowry.

Speaking on behalf of the Joint Commission of the JMA, Mr Michaud said that the training is a given opportunity for the participants to build their spatial and technical knowledge that will benefit Seychelles, the ongoing development and management of the vast marine space of the Mascarene plateau and also our exclusive economic zone (EEZ).

“This training has been customized to cater for our ocean knowledge and better understanding of its many processes and the multitude of the living and non-living resources in its depth,” Mr Michaud said.

He called on the participants to make good use of the opportunity not given to many.

In March 2011, the United Nations Commission on the Limits of the Continental Shelf (CLCS) adopted recommendations confirming the entitlement of the Republic of Seychelles and the Republic of Mauritius to an area of extended continental shelf, as contained in a joint submission by the two States in respect of the Mascarene Plateau region. In 2012, Mauritius and Seychelles agreed to the establishment of the Joint Management Area (JMA) in which the two States exercise sovereign rights jointly for exploring the continental shelf and exploiting its natural resources. The JMA is established in respect of the Joint Zone described in Article 2 of the Treaty Concerning the Joint Exercise of Sovereign Rights over the Continental Shelf in the Mascarene Plateau Region.

The JMA represents the first cooperatively managed area of the Extended Continental Shelf (ECS) adopted by the international community and is also the world’s largest jointly managed maritime zone. The creation of the JMA thus represents a ground-breaking precedent for cooperative management of the ocean, placing the JMA in a ‘cutting-edge’ position to take the lead in piloting new mechanisms and strategies for future ECS management.

Recognising that this represents the first ‘transboundary’ management agreement for an ECS scenario, the UNDP is supporting the GEF-funded UNDP-JMA demonstration project being implemented by the governments of Mauritius and Seychelles. The project is being implemented by the department of Continental Shelf, Maritime Zones Administration and Exploration, Republic of Mauritius in collaboration with the department of Blue Economy, Republic of Seychelles.

The main objective of the JMA Demonstration Project is the development of a sustainable mechanism for the JMA. Its components are as follows:

1. Building Technical and Management Capacity in support of Marine Spatial Planning and effective management of the Joint Management Area.

2. Development of a data and information system along with a programme of data capture and gap-filling as a foundation for an adaptive management strategy.

3. Adoption and implementation of a Marine Spatial Planning approach with the objective of improving and implementing effective decision-making for activities within the Joint Management Area. 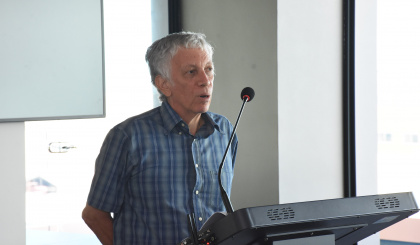