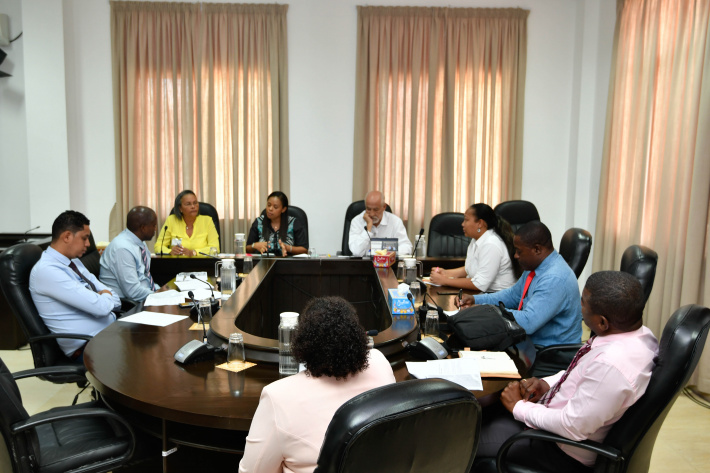 The 250 Celebration Committee chairperson, Sherin Francis, accompanied by two members – Jeannine Chung-Fay and Emmanuel D’offay – met the Media, Youth & Culture Committee (MYCC) of the National Assembly to apprise the members of activities being planned for the 250th anniversary of Victoria.

Following the official launching of the celebration, the countdown will start in December and the Committee solicited the support of the members of MYCC for the budget required for the year-long celebrations that will commence in 2020. The total estimate of the required budget is R16 million of which the Committee is asking half of the sum from government, with the rest raised from donations, fundraising, and collection boxes, as well as through private sector support.

They have expressed their disappointment that only R6.5m is being promised and the Committee also expressed the need for the support of MYCC for the promotion of the district level activities to mark the milestone.

The members of MYCC impressed on the Committee to double their efforts in involving the participation of the private sector as well as the youth.

In addition, the MYCC also called on the Committee to use this event to sell Seychelles internationally as a destination, as a means of increasing arrival numbers and tourism earnings.

The MYCC is calling on key institutions such as the Central Bank of Seychelles and the Postal Services and also selected embassies notably French, British, Indian and Chinese of which their nationals have very much been involved in the development of Seychelles' history to take a special role and interest in next year's celebration.