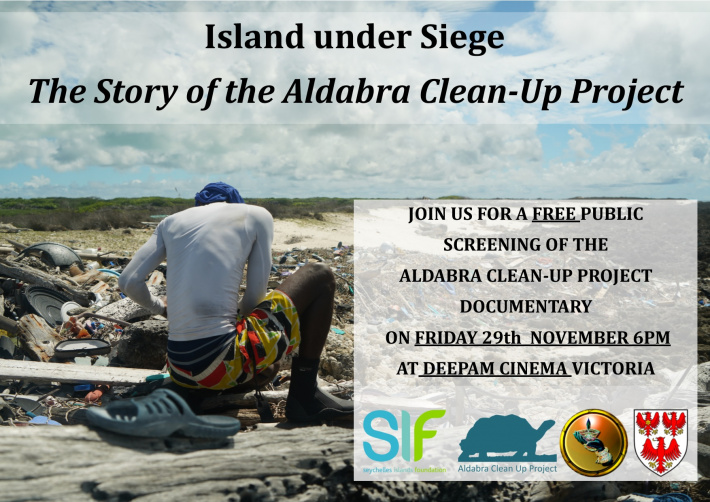 ‘Island under Siege’, the feature documentary film of the Aldabra Clean-Up Project, will be screened for free at Deepam Cinema in Victoria on Friday November 29, 2019 at 6pm.

The 24-minute documentary goes behind the scenes of the five-week expedition which took place from February 22 to March 29, 2019 and removed over 25 metric tonnes of plastic pollution from the remote Unesco World Heritage site Aldabra Atoll.

‘Island under Siege’ reveals the scale of the global issue of plastic pollution as well as the realities of living and working on a remote island.

The film was produced by Seychelles Islands Foundation and Queen’s College of the University of Oxford to educate the public about plastic consumption and the impact it has on cherished natural sites such as Aldabra.