The new owners and other board members of CWS during the press conference yesterday (Photo: Louis Toussaint)

Investments during 2019 saw a positive upsurge, according to the department of investment, with foreign direct investment totaling up to US $127.6 million up to June 2019.

According to data from the Central Bank of Seychelles (CBS), this shows an increase of 69% over the same period in 2018 and it is forecasted that total foreign direct investment (FDI) by the end of the year will stand at around US $284.2 million.

Michael Nalletamby, principal secretary for investment, noted that the biggest portion of this year’s FDI has gone into the development of tourism accommodations.

In terms of number of investors by nationality, Seychellois nationals have been greater in numbers, where they have mainly applied for hire-craft and professional services.

On a larger scale, as assessed by the projects submitted to the Seychelles Investment Board (SIB), the areas of investment interests were quite diverse and included agriculture, fisheries, wholesale, retail, health-related services, hotels, professional services and hire-crafts.

Mr Nalletamby remarked that a number of new initiatives have been rolled out during this year to improve the environment for one to engage in a business of choice.

In particular the Office of the Registrar General as well as the Town and Country Planning Authority are facilitating online planning application and payments.

Additionally, the registrar has streamlined its processes and one can register a business name in less than 24 hours.

In the same line, in May 2019 the United Nations Conference on Trade and Development (UNCTAD) carried out a first inception mission in Seychelles to provide their recommendations to improve the investment frameworks in the country.

A mission will now be fielded in the second half of January 2020 for a more in-depth analysis of the situation on the ground and further consultations with the stakeholders.

Even with all these efforts, Seychelles did not perform well in the annual World Bank ease of doing business ratings.

“It is unfortunate that Seychelles has again dropped a few places to 100th out of 190 countries. This may be explained though by the fact that all improvements need to be functional by end of April each year and the private agents using the services need to have enjoyed the improvements, and endorse this fact when contacted directly by the World Bank Ease of Doing Business (WBEDB) Team,” Mr Nalletamby explained.

“Unfortunately, whilst we reported nine improvements in three areas, namely registering a business, dealing with construction permits and getting electricity, only four of these improvements were endorsed by the private sector agents and thus taken into account by the WBEBD Team. This may be simply because the agents may not have had the opportunity to use the other improved services by the time they were contacted by the World Bank.”

“Therefore whilst there have been improvements not all have been acknowledged and in parallel other countries may have also reported more improvements and thus passed us in the assessment and ranking,” added Mr Nalletamby.

He noted that one good recent development, which would help in improving our ranking is the approval by the Cabinet of Ministers for the ratification of the Convention on the Recognition and Enforcement of Foreign Arbitral Awards, commonly known as the New York Convention.

Once ratified this will improve the environment for enforcing contracts and give more comfort to the investors and businesses knowing that they are more secured when engaging in contracts. It is to be noted that the ease of doing index also includes the parameters of enforcing contracts. This should therefore be positive for Seychelles.

Seychelles was able to maintain this rating in the recent Fitch ratings assessment this December.

A credit rating is used by sovereign wealth funds, pension funds and other investors to gauge the credit worthiness of a country.

A first for the country, the ‘BB’ rating indicates that the country’s economy is on course and safe for investors.

Seychelles had been scoring a grade ‘BB-’ every year since 2015 until this recent rating boost.

Speaking to the media in June, the Minister for Finance, Trade, Investment and Economic Planning Maurice Loustau-Lalanne observed that this is an important improvement for Seychelles and marks a strong economic trajectory.

“It is the first time that we receive such a score and this improvement bodes well for investment in Seychelles. Current investors are assured that their investments are secured and potential ones can make reference to the rating to decide where to invest in the country,” Minister Loustau-Lalanne remarked.

He further noted that the new and encouraging rating is the result of good governance over the last 10 years which the country should aim to maintain and improve on.

“The country has been making a primary surplus on its fiscal budget for the 11th consecutive year and these have allowed us to pay our debts and better manage the economy,” explained Minister Loustau-Lalanne.

If an event of 2019 was to depict the current healthy investment environment in Seychelles, it would be the acquisition of Cable & Wireless (C&W) by a group of well-known Seychellois entrepreneurs.

Being the first telecom company with 126 years delivering services to the people of Seychelles, CWS has always been owned by foreigners up until it was purchased from Liberty Global by the consortium of local entrepreneurs in November.

The transaction amounted to an excess of US $130 million.

The new owners, under CWS Investment Ltd, include the JFA Group, Jamshed Pardiwalla, Ravji Raghwani and Andy Bainbridge, as well as Victoria-based professional services firm ACM, which represented the shareholders in the deal.

Francis Chang-Leng, local entrepreneur and CWS board member, played an active role in leading negotiations to secure the transactions.

According to ACM senior partner Oliver Bastienne, the deal was an unprecedented opportunity to bring one of Seychelles’ biggest companies into local hands.

“For a group of Seychellois to piece together an acquisition of this scale from a global multi-national company is a tremendous achievement,” Mr Bastienne said.

A few weeks after the purchase was announced, it was also reported that the Seychelles Pension Fund (SPF) was transacting to invest US $24 million to buy a 20 percent share ownership.

This ensued an enquiry into the matter whereby the chairman of the SPF board Jacquelin Dugasse, SPF chief executive Lekha Nair and Minister for Finance, Trade, Investment and Economic Planning Maurice Loustau-Lalanne appeared before the National Assembly.

Members of the National Assembly were particularly concerned over the fact that SPF was paying an excessive amount for the shares it was acquiring, and asked that the SPF undertakes a re-negotiation.

As a result of this, the government brought an amendment to the SPF Act which now sets a limit on the amount of money that the Seychelles Pension Fund may use for investments, and the value of assets that the SPF may dispose of, without prior approval of the Minister responsible for Finance.

It was a hectic yet fulfilling year for cosmeceuticals manufacturer Maria Sullivan, the co-owner of Exotic Scents, who made Seychelles proud when she came out as the top winner of the FemBioBiz Acceleration Programme Season 3.

Mrs Sullivan was eligible to take part in the FemBioBiz Acceleration Programme Season 3 regional finale in Cape Town after clinching the second FemBioBiz competition held in May this year with her new line of skin care products, Absolute Koko.

New international banks open their doors on our shores

2019 saw the official opening of two new international banks in the Seychelles, the Islamic Sharia-compliant Al Salam Bank and the State Bank of Mauritius (SBM).

The Al Salam bank was the first to open its doors to the public earlier this year in February and is located at the Maison Esplanade.

Al Salam Bank Seychelles which offers retail and corporate banking is owned by Al Salam Bank of Bahrain, which holds 70 percent of the shares while the Seychelles Pension Fund, owns 30 percent.

2019 from the eyes of local businessman, Abdul-Gafoor Yakub

Seychelles NATION sought the independent and balanced views of Abdul-Gafoor Yakub who is the chairman of Nouvobanq, and chairman and chief executive of Penlac and Chaka Brothers in the private sector.

“My personal view is that the key macroeconomic indicators clearly show that the Seychelles economy performed well in 2019 in terms of our GDP, inflation rate and employment figures. These indicators are important for business because they can have a significant influence on movements in the market. As you know, other influential indicators that affect consumer behaviour include retail sales, interest rates, house prices, bond yields and so on,” Mr Yakub wrote.

“What we have seen in 2019 is that while the macro economy seems to have done well, on the microeconomic level, many householders, traders and investors including the SMEs, have been frustrated by the regulatory environment, the tax regime, the business climate, the labour market, unfair competition, high operational costs, to name just a few. Sadly, these sentiments from the business community have led me to arrive at a mixed overall assessment or outcome for 2019.”

He noted that the regulatory environment continues to remain bureaucratic and that the tax regime has become unfair and discriminatory over the years, a point which has not improved in 2019.

“Rather than trust our advice from the private sector, given that some of us citizens are always prepared to put the national interest first, it seems the government authorities opted to call on OECD to get confirmation that our business tax system is imbalanced, followed by recommendations on how to improve it. The good thing is that these measures are now going to be handled in the implementation of the 2020 budget.”

Meanwhile, in his opinion, the labour market remains an area of immense struggle for business owners, he continued, with challenges such as high absenteeism of local staff; lack of skilled, disciplined and self-motivated workers; cumbersome and expensive expatriate recruitment and GOP process as well as high staff turnover amongst Seychellois staff. 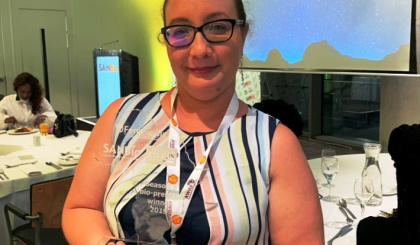 Maria Sullivan was the winner of FemBioBiz competition 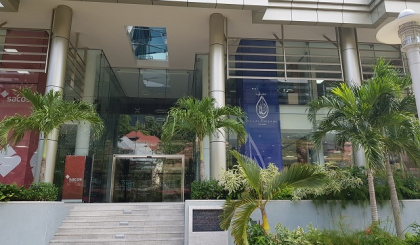