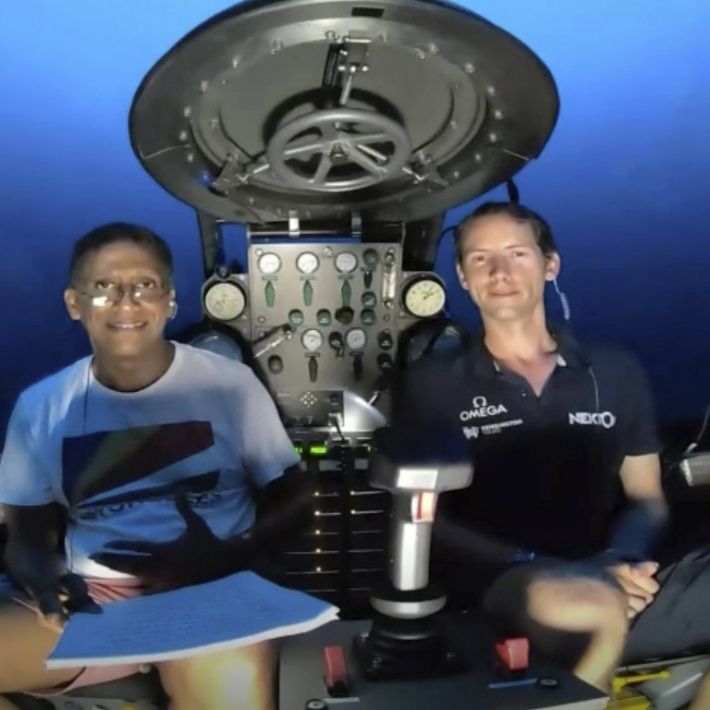 With the year coming to an end, we look back at some the major achievements of the Ministry of Environment, Energy and Climate Change throughout 2019, from the Nekton expedition to the Aldabra clean-up project.

In March this year, the British-based Nekton mission embarked on an unprecedented exploration of the Indian Ocean to document changes taking place beneath the waves that could affect billions of people in the surrounding region over the coming decades.

During the same mission, President Danny Faure was taken down more than 120 metres in the submersible vehicle Ocean Zephyr, which is being used for a mission called ‘Nekton Deep Ocean Exploration’, on Sunday April 14 when he called for the protection of “the beating blue heart of our planet” while diving deep into the Indian Ocean.

“This issue is bigger than all of us, and we cannot wait for the next generation to solve it. We are running out of excuses to not take action, and running out of time,” said President Faure who has made environmental protection a major priority.

The Nekton mission spent seven weeks studying underwater life, mapping the sea bed and placing captors at depths of up to 2,000 metres in Seychelles’ waters.

SIF and crew clean up Aldabra

In February and March this year the Seychelles Islands Foundation, along with a group of students from The Queen’s College, Oxford, students from the University of Oxford and young volunteers from the Seychelles, took part in a five-week expedition to Aldabra to clear the atoll of man-made rubbish and remove as much debris as possible to return the island to its former pristine state.

The Aldabra atoll in the outer Seychelles has managed to escape many human threats over the centuries and remains a unique and isolated haven for biodiversity in the Indian Ocean, becoming a Unesco world heritage site in 1982.

However, Aldabra has not remained immune to one of the newly discovered threats to our oceans – plastic waste. The positioning of the islands and the surrounding current network has resulted in a massive build-up of ocean plastic across the atoll. This, combined with the atoll’s remoteness and difficulty to access, means that it has been impossible up until now to clear the atoll of this rubbish. As can be imagined, plastic pollution at this level is having serious detrimental effects on the unique island wildlife both on land and in the surrounding ocean habitats.

Members of the public got the option this year to report any environment-related incidents through the web app ‘Ecoalert’ developed by the department of information, communication and technology (DICT).

Ecoalert is a web app which means that it can be accessed through www.ecoalert.gov.sc on your web browser, whether on your computer, phone or tablet. It is not an app which is available on Google Play Store or the App Store but the DICT principal secretary, Benjamin Choppy, explained that they may do so if the ministry sees a demand for it.

Lemur outwits the Ministry of Environment

Over the years Seychelles have dealt with many stowaway creatures that have tried to sneak in the country but none of them compare to the lemur, locally dubbed ‘King Julien’, who managed to not only avoid capture for weeks but escaped as soon as the Ministry of Environment got a hold of him.

After its capture, in February 2019, the bush baby was kept at the veterinary services at Union Vale, while procedures were being made to send the animal to its country of origin, Zanzibar. We have been in contact with the authorities in Zanzibar to organise the transfer but as it is, with transfer of wildlife, it is not always easy. During these times, it was decided that Union Vale was not the ideal place for the animal to be kept as domesticated cats and dogs use the facility as well. A decision was therefore made to transfer the animal to a safe and secure place at the Nature Seychelles at Roche Caiman. Visits were conducted and a suitable location was agreed upon. Agreement was made for a new and bigger enclosure to be built for the animal.

On Saturday June 22 the lemur escaped from its cage and is yet to be re-captured.

Over 250 trees were planted in November this year in the north side of Mahé, as a way to reduce the impacts of excess runoff and sedimentation which occur during heavy rainfall.

The rehabilitation is part of the Ecosystem-Based Adaptation (EBA) to Climate Change Project, through which Seychelles seeks to reduce its vulnerability to the effects of climate change.

Meanwhile the principal secretary for Environment, Allain De Commarmond, noted that “overall 2019 has been a very positive and successful year for the Environment Department, both locally as well as internationally. Locally we managed to review and amend several key pieces of legislations, worked on and launched several policies successfully and formulated action and other plans for example our National Waste Masterplan and continued with our plastic restrictions with the complete ban on the use of plastic straws, as well as completing the consultation process of our Marine Spatial Plan. Early during the year we achieved a historic 26% legislated protection of our EEZ. Internationally we continued to participate actively in numerous gatherings and forums on different topics from plastic pollution to biodiversity conservation. The highlight for the department for the year was no doubt the accomplishment of the Nekton Ocean Exploration in our outer islands which saw President Danny Faure making a world’s first by addressing the world in a submersible at 124 metres below the sea on the need to preserve the ocean.” 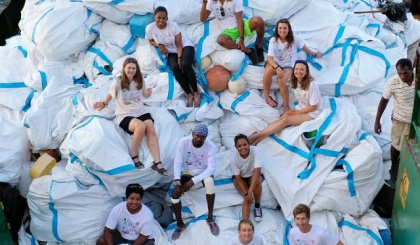 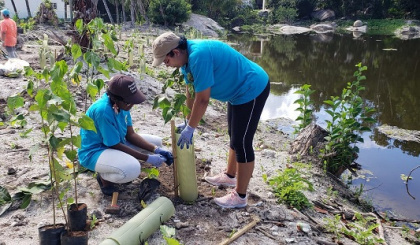 Over 250 trees were planted in November this year in the north side of Mahé, as a way to reduce the impacts of excess runoff and sedimentation which occur during heavy rainfall 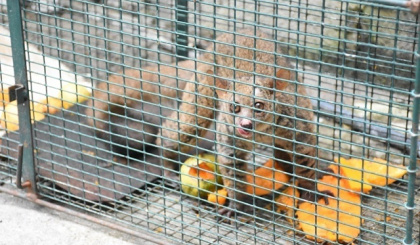 The capture of the bush baby was only temporary as the animal would soon escape from its cage. It is yet to be recaptured