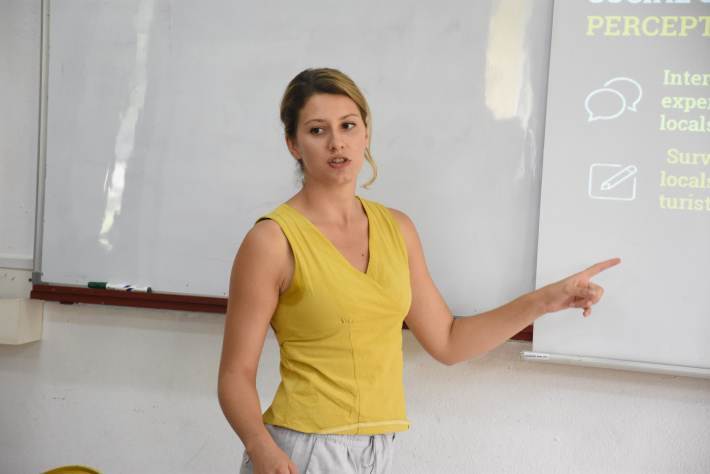 In close collaboration with the Program Coordination Unit and the Ministry of Environment, Energy, and Climate Change, two students from ETH Zürich and two students from UniSey are carrying out a research project at Mare aux Cochons.

The project is aimed at providing evidence from social and natural science perspective for future management of the Mare aux Cochons watershed and potentially for the wider area of the Morne Seychellois National Park.

They are investigating the local perception of the Morne Seychellois National Park, preferred future scenarios for the National Park, and forest restoration at Mare aux Cochons.

To explain their research and project, a presentation was organised by the four students in front of various stakeholders at the Unisey Campus on Friday morning.

Heather Lafleur, one of the two students from Unisey involved in the workshop, noted that the workshop is to understand the perceptions of different stakeholders on environment.

“We wanted to show them different scenarios that go on in the environment and get their input on it,” said Ms Lafleur.

The study will include ten districts on Mahé and Ms Lafleur noted that the study will be helpful on educating locals on the importance of the national park.

A representative sample of 600 respondents all over Mahé are being interviewed, in addition to forest analysis in Mare aux Cochons. At the seminar, students will present the methodology and preliminary results of their research, allowing for Q&A and discussion. After the presentation, a short group work activity will take place with invited stakeholders to further elaborate on future management scenario of the Morne Seychellois National Park.

“During the activity we will identify which activities are perceived to be acceptable in the National Park, and how we could implement them. Your inputs are crucial for a holistic understanding of the future of the National Park and will be used in the master’s thesis,” said Ms Lafleur.

“Research is made up of two components; one is a forest baseline inventory and the other is a social survey,” said Maria Monthy, research assistant for the Ecosystem Based Adaptation to Climate Change in Seychelles (EBA).

She added that the forest baseline inventory is a long-term monitoring that will involve the community on how to maintain the Mare aux Cochons natural park while the survey will focus on public opinion of locals and tourists on Morne Seychellois and what are the acceptable activities that can be conducted in the national parks.

The project began in January and will go till mid-February and once completed they will work on the protocol of the forest baseline inventory.

On his part Michael Zehnder, one of the master students from ETH Zurich, added that the project is a collaboration between EBA and the ETH Zurich.

“We are trying to get the social science perspective for the future of the national park as there are a lot of challenges as Seychelles is a growing country.” 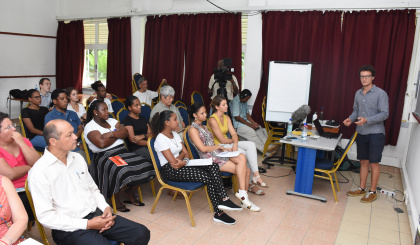 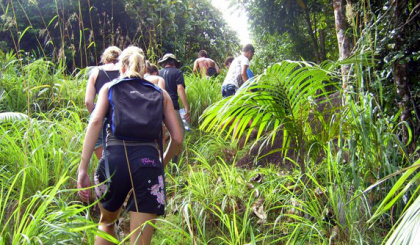 A hike in the Morne Seychellois National Park 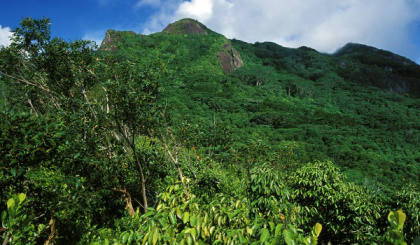