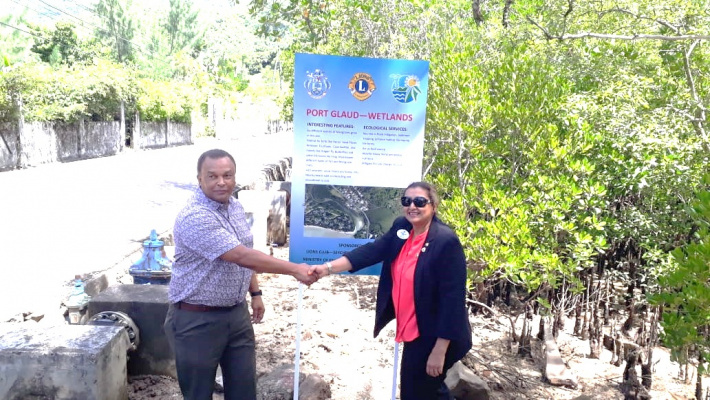 The Lions Club of Seychelles with the support of the Ministry of Environment, Energy and Climate Change (MEECC), has taken up the task of setting up informative signboards on wetlands and biodiversity at key wetland sites on Mahé, Praslin and La Digue.

To mark the start of the project, the first signboard was unveiled at the Port Glaud wetland site near the church, in a simple but very vibrant programme.

Then the principal secretary of the department of Energy and Climate Change, Wills Agricole, and the district governor jointly unveiled the signboard.

PS Agricole reiterated on the partnership and support from the Lions Club Seychelles towards the environment and on the importance of such joint activities, especially when climate change is one of the biggest issues both globally and locally.

In her speech the district governor mentioned the global role of the Lions and how they interact with various disciplines of both social, communal and environmental issues in their relevant countries of operations.

The district administrator of Port Glaud welcomed the initiative and the importance of such boards for both visitors and locals, as this site is one of the mangrove rich areas where more than six species of mangroves are found.

The Lions Club plans to erect such signboards around 20 key areas on Mahé, Praslin and La Digue with different site specific information jointly with the MEECC.

Contributed by the environment projects coordinator of Lions Club Seychelles 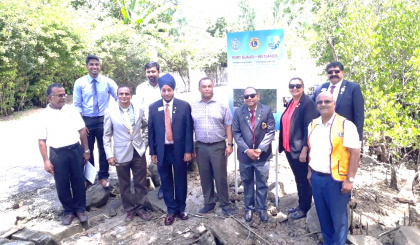