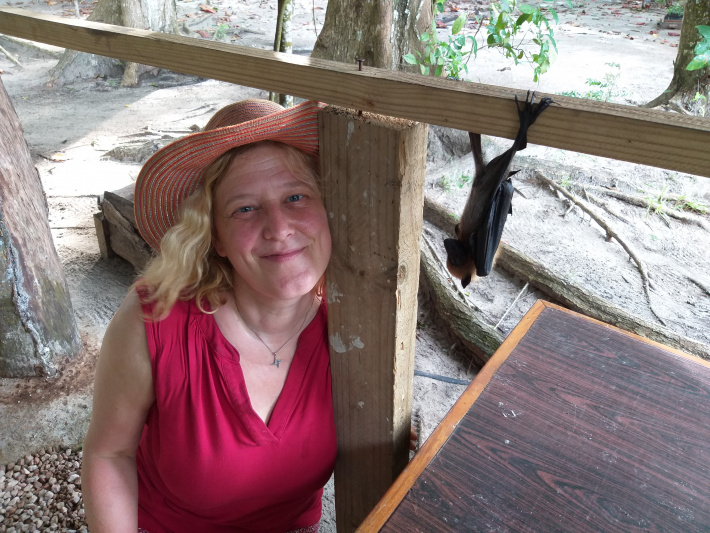 Seychelles National Parks Authority staff from the Veuve Reserve and visitors are caring for an orphaned baby bat. She was found on Tuesday February 4, 2020 by ranger Elsie Pierre during an afternoon tour with a German tourist, Auja Simone. While going along the visit on the trails in the reserve, Elsie and Mrs Simone heard a noise in the bushes. They searched to see what was making the noise and they found lying on the ground, a baby fruit bat, presumed to have been dropped accidentally by her mother.

Mrs Simone was very excited to see the little bat which she had described as “very sweet with the sweetest ears and eyes and a nice voice”. Together with Mrs Simone, the ranger rescued the little bat, which has been identified as a female and brought her to the reserve’s information centre. Mrs Simone was given the opportunity to name the bat. She is named Daysie because she was found during the day. At the moment, Daysie is being cared for by all the staff of the reserve. She is feeding on lactosen milk and she is also enjoying ripe Indian Almond nuts. She is very active and strong and very fond of the SNPA staff who are caring for her. She is actually the centre of attraction at the Veuve Reserve. Tourists, the public and school children are visiting her and taking pictures.

This is not the first time that the Seychelles National Parks Authority (SNPA) rescues bats. Maybe the reason why this happens is because there is a bat roost in the reserve where the animals can be observed during the day. The Veuve Reserve is actually one of the view places in Seychelles where tourists can observe such display.

During the past three weeks staffs have rescued three baby fruit bats; the first one, was called KIWI but sadly he didn’t survive – he died after 2 days; the second one, a success story, staff managed to reunite a baby with its mother as it was dropped accidentally by her and she has been seen in the area calling to her young one; thirdly – here we have little Daysie.

Text and photos contributed by SNPA 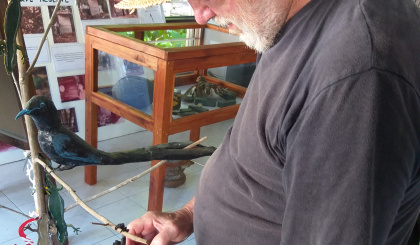 Tourist helping out with feeding Daysie