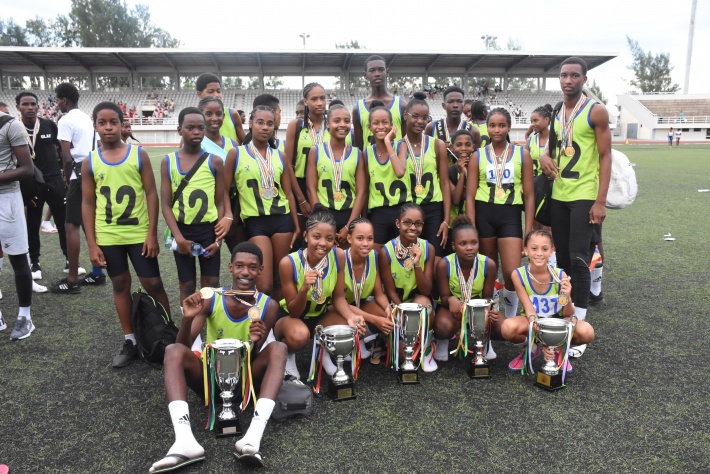 La Digue primary and Anse Royale secondary have retained their silverwares as best schools during the 43rd National Inter-School Athletics Championships held on Saturday at Stad Linite, while the Seychelles Tourism Academy is the new professional centre champion, dethroning the Seychelles Institute of Technology.

La Digue primary garnered a grand total of 160 points to win the title for a fourth year running, while a grand total of 280 points ensured the secondary overall best trophy once more made the trip to Anse Royale for the eighth consecutive year.

It began with the traditional march past, which was followed by the championship hymn, before young athletes Eliza Cherry and Samuel Michaud-Payet, along with officials Jenny Bresson and Marie-André Cupidon took the oath.

In a foreword to the event, Minister Simeon noted that such championship is a critical priority and bedrock for sports development in the country, as it nurtures and develops the character and talent of our learners.

She explained that sports activities have been shown to build on children’s early experiences by the development of physical and motor capabilities to lead active, healthy lives, providing learners with the opportunities to have fun and to reinforce the desire to make physical activities a long-life habit.

Minister Simeon also added that sports should be our national passion, for it promotes unity, fair play, tolerance and love.

She further added that sport is also a powerful tool which enhances social cohesion and nation building.

To conclude, Minister Simeon commended the physical education teachers and team managers for their hard work and commitment in preparing the young athletes for the championships.

According to competition director, Wilfred Adrien, based on the weather condition on Saturday, the event went well as there were signs of enthusiasm and the willingness to compete and win among the athletes.

Commenting on the number of records improved on Saturday, Mr Adrien noted that it is normal not to have the same number each year as the athletes move up the age categories.

He, however, noted that there has been a lot of improvement in terms of personal best, and this, he described as a good and positive result.

He also expressed his appreciation for the good work done by all those involved in the championships.

The STA’s final total of 132 points, after clinching the girls’ open cup was enough to put them on top, winning the best overall cup for post secondary.

Hall of Fame of the 43rd championships 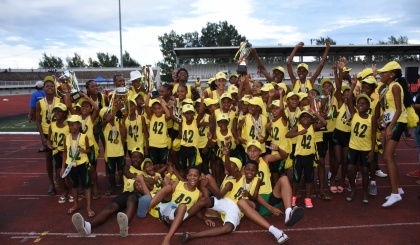 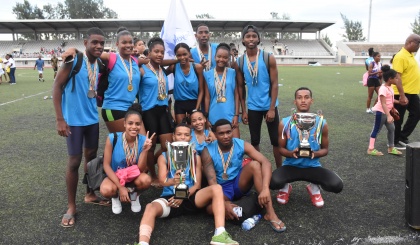