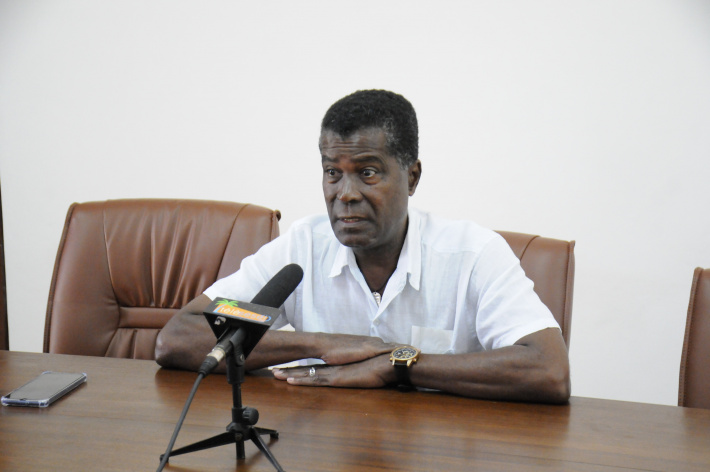 Local sports on lockdown as part of safety measures

As of today, all local sports activities have been cancelled as part of the safety precautions against the coronavirus (COVID-19), chief executive of the Seychelles sports’ governing body Jean Larue has announced.

The decision taken by the National Sports Council (NSC) is in line with the to-do list of the department of health regarding the COVID-19, advising that organisers of large public gatherings, including sports events, cancel or postpone their events until further notice.

The advisory reads: “Organisers of public events, such as, and not limited to, sporting and entertainment activities, cinemas and fun fairs, are advised to cancel and postpone the event until further notice.”

Mr Larue explained that the suspension includes the use of all the NSC-administered venues.

SFF calls a halt to all football action until further notice

In parallel to the authority’s decision, the Seychelles Football Federation (SFF) has announced that all football activities under its jurisdiction have been suspended until further notice.

In a press conference yesterday at the Maison Football, Roche Caïman, the federation’s secretary general Georges Bibi announced that following the advice of the health authority, the SFF has decided to suspend all its activities and lock all its facilities on Mahé, Praslin and La Digue.

He explained that resumption of the SFF activities will solely depend on the advice of the health authority.

Mr Bibi further added they have even advised the registered teams to halt their training sessions as part of the social-distancing precautions to help contain the situation.

When asked about the possibility of being unable to conclude the local football season, Mr Bibi explained that in any case, the SFF executive committee will meet to decide on what decision to be taken if such a situation arises.

He also made it clear that such decision will affect the country’s involvement in the various events organised by the Confédération Africaine de Football (Caf).

Mr Bibi explained that each registered member of Caf makes its decision based on the internal situation and guidelines set by the authority in their respective countries.

Meanwhile, the Caf has chosen to maintain the schedule of all its competitions, amid the outbreak of coronavirus, which was labelled a pandemic on Wednesday last week.

Some 48 Africa Cup of Nations qualifiers are set to take place in nearly 50 countries across the continent at the end of March.

In the meantime, the African Nations Championship (Chan) is scheduled to take place in Cameroon between April 4-25.

“According to (the) World Health Organisation, no African country till date has been declared a high risk,” Caf said in a statement.

“Consequently, Caf has decided to maintain the schedule of all competitions.”

Shortly after Caf released it statement last Wednesday, the World Health Organisation described the outbreak as a pandemic, meaning it is spreading in multiple countries around the world at the same time.

Kenya's government has already stated that no sporting competitors can leave the country to travel abroad until early April, meaning the Harambee Stars' Nations Cup tie in Comoros on March 29 is uncertain.

So far, 16 African nations have reported the presence of coronavirus – with all the cases coming from travellers from Europe and the United States.

Significant numbers of players in African squads are based in Europe, with 34 in the Premier League – which was postponed on Friday until early April after five clubs announced the presence of coronavirus in their camps.

Arsenal duo Pierre-Emerick Aubameyang of Gabon and Ivory Coast's Nicolas Pepe are understood to be self-isolating after their manager Mikel Arteta tested positive for coronavirus on Thursday evening.

The Algerian government has announced that the remainder of the football season would be played behind closed doors because of the outbreak while others, such as Rwanda, have insisted on no handshaking prior to games.

Caf officials are set to visit Chan host Cameroon – which has suffered two cases – later this week to ascertain the level of preparedness to combat the spread of the disease during the competition for African players based in their own national leagues.

Burundi's football federation is the latest to appeal to the Caf to take action over this month's Africa Cup of Nations qualifiers because of the coronavirus outbreak.

Burundi said on Friday they will not be calling up any players from Europe for their designated matches against Mauritania on March 25 and 29.

"This measure is taken because of the 14 days (of quarantine) needed to enter Burundi, after having been in (Europe)," Burundi's federation said in a statement.

"The federation calls on Caf to analyse the measures needed to allow the participation of all eligible players in these matches."

Burundi follows The Gambia in complaining about the possibility of being forced to play games when some first-team players are ineligible for selection.

Seven of The Gambia's squad are based in Italy, which is currently undergoing a lockdown in a bid to contain the outbreak of the pandemic.

A raft of sporting events have already been cancelled across the world, but Caf has stated that it will 'maintain its schedule' until an African country is declared high-risk. 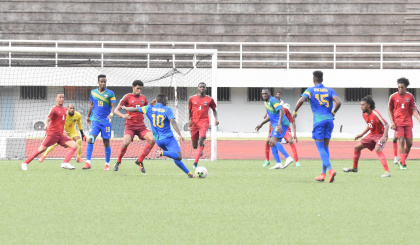 Football activities in Seychelles have been suspended until further notice