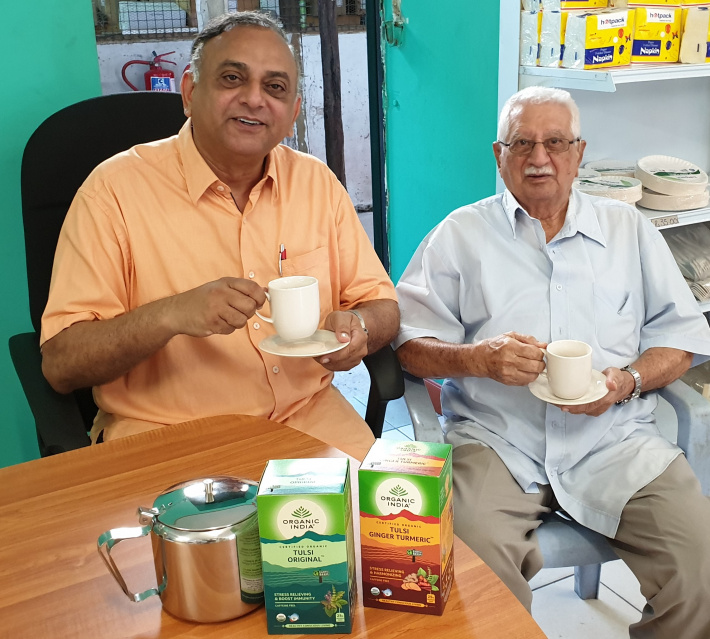 One cannot miss out on ‘Chaka Brothers’, an import, wholesale and retail shop on Francis Rachel Street, and an icon in Victoria specialising in food stuffs, spices and other household items. One of the original characters involved in the running of the family business founded by Yakub Chaka, his older brother, Ismael Chaka, 86 years old, born in Victoria on January 27, 1934 speaks to Seychelles NATION on the setting up of the Chaka shop and on his life in the Seychelles.

Give us an insight into your early childhood?

“I recall I first attended primary school between 1939-1945 at the Seychelles College located at St Louis and it was run by the Marist Brothers whose main residence was at St Paul’s Cathedral. As a child, I used to enjoy playing all kinds of sports. Unfortunately, my father, Mohamed Adam Chaka, who was born in 1902 and who was the main bread-winner of the family, passed away in February 1944 in Victoria at the relatively young age of 42. I was only 10 years old at the time. There were 10 of us siblings – 5 boys and 5 girls, all of us born in Seychelles. We used to reside in the spacious living quarters above the Chaka Brothers shop.”

What happened then? Did you have to leave school?

“Well, as I was still a young student at the time, my mother, Fulli Poora, felt I should continue with my educational studies even though the economic times were hard then. So, after completing primary school, I was enrolled into secondary school (Form 1) at the Seychelles College at Mont Fleuri which was being run by the Brothers from Ireland, Canada and the Catholic Mission from Uganda at the time. At that young age, I was unaware that my late father had been gradually investing in the construction of a large house in Gujarat, India where his own parents and grandparents came from. The house construction was completed in 1940 but sadly, my father never got to see it.”

What do you recall most about secondary school years in Seychelles?

“I recall Brother Norbert was the headmaster of the primary school while Brother Ambrose was the headmaster of the secondary school when I was a student at Mont Fleuri between 1946-1951, and Brother Austin was in charge of sports at Seychelles College, Mont Fleuri. I graduated from Form V at the age of 17. While in secondary school, I was very keen on sports and I won the cup for Best Sportsman of the Year for a number of years when Brother Austin was the head of sports development. Little did I realise that this would have a great effect and influence in my life choices later on in life.”

How was life after Seychelles College?

“In 1952, I left Seychelles with my mother and headed to the place where my grandparents and parents had originated. That was in the village of Valan located on the outskirts of the affluent district and city of Baroda, Gujarat, India not far from the Narmada river. There, we stayed in the big house (called ‘Haveli’ in Gujarati) that my late father had constructed in 1940.

In India, it is customary to get married young. So, I got married at the age of 18 years to Jeinab Umarji, the daughter of Ebrahim Umarji, who was the first cousin of Suleman Adam Moosa, and who was from another village, Jangar, located in the Bharuch district of Gujarat. Over the next 10 years, my wife and I had 3 sons and 3 daughters.

While in rural India, I assisted my mother and my brother, Yusuf Chaka, to look after the agricultural fields and the properties belonging to the Chaka family. We set up water wells for irrigation and leased cultivable land to vegetable farmers who practised crop rotation which helps maintain soil structure and nutrient levels and prevent soilborne pests from getting a foothold in the ground.”

What major changes happened to you in 1965?

“In early 1965, my older brother, Dawood Chaka, received a telegram from our brother, Yakub Chaka, from Seychelles requesting that I come back to Seychelles at the earliest to assist him with the running of the newly established ‘Chaka Brothers’ shop. So, I quickly packed a few clothes (namely 2 shirts, 2 trousers) and took the train to Bombay where I boarded a B.I (British India) ship at the time and headed for Seychelles. I recall I travelled on a shipping vessel called M.V. State of Haryana. The local shipping agent for the ship at the time was Jivan Jetha & Sons of Market Street, Victoria.

Soon after settling in Victoria, Seychelles, I got my wife Jeinab to join me with our 3 youngest children, Ebrahim, Valli and Nazma while the other 3 older children, Maksud, Johra and Abeda who were still at secondary school, remained in Gujarat to finish their secondary education before joining us in Seychelles.”

How did ‘Chaka Brothers’ develop in those early days?

“In 1965, Chaka Brothers was selling a variety of foodstuff and spices, as well as rolls of cotton and polyester cloth material, toiletries, jute bags, cigarettes and tobacco imported from UK, India and Kenya, including bales or sack loads of onions, potatoes, fresh garlic and ginger from India and neighbouring Kenya. My older brother, Yakub Chaka, decided to venture into export of copra, cinnamon bark, vanilla and guano. The business grew steadily over the years.

In the 1960s and early 1970s, the financial times were hard for the ordinary Seychellois. So, we at Chaka Brothers used to give a monthly credit facility to several of our loyal customers; we even acted as a merchant banker for individuals who received foreign currency cheques or international money orders that had to be sent for clearance in London since we did not have a monetary authority or central bank in the colonial times.

One small part of the Chaka shop was leased out to a lady of French origin, Mademoiselle Collard, who later passed on her lease to Madame Mazerieux, who was a close friend of Bentley Buckle of Mahé Shipping. Mrs Mazerieux sold namely clothing and cotton material, dresses and perfumes from Paris, France. She conducted a successful business until sometime after the coup d’etat, around 1980 or so, she decided it was time to return and retire in France.”

When you are not working, what are your favourite hobbies and activities?

“One of my favourite hobbies is the collection of rare coins and rare stamps from all over the world, learning a bit about their history. As for extra-curricular activities, between 1965 and 1970, I used to take the Chaka children, both Yakub Chaka’s children and my own children, to the Beau Vallon or Anse Royale beach almost every Sunday morning for outdoor exercise and for swimming. I taught the youngsters how to swim at a very young age by dipping them in the middle of the ocean while keeping a close eye over them, ensuring that they can paddle and stay afloat.”

What were the memorable or influential points in your life?

“In 1970, I decided to follow my heart’s desire: I joined the Rangers Football Team of Mont Fleuri as a football player while still serving as a director of Chaka Brothers. I had learned to play football and other sports from Brother Austin while I was at Seychelles College secondary school, and I was keen to share my knowledge of the game with the other Rangers players.

The late Philippe Ramsamy was in charge of the Rangers Football Team. We had no money or sponsors to register Rangers into a Club. We did some fundraising activities and got donations from our die-hard supporters to pay for our football shoes, T-shirts and football gear. I recall the late Gerard Ah-Shung of Mont Fleuri was once in charge of the finances of the Rangers Football Team.

Then in 1975, I was asked to become the head coach of Rangers Football Team which I did for 5 years voluntarily, without any pay. But in June 1977, everything changed. There was a coup d’etat and that led to the formation of a National Sports Council whereby all sport disciplines had to be managed at district level and players had to be recruited from the district where they lived. Mrs Sylvette Frichot (née Pool) was in charge of NSC at the time.

I was called by the government in 1979 to be the manager of the National Team while I was still in charge of the Rangers team. I did that for my country with honour and humility.

One of the rival teams of Rangers at the time was Rovers, and I recall that Colin Whiting and Ralph Volcère were the young team members of the opposing Rovers team, just like in the case of the Ascot team where I remember the late Philippe Fock-Heng (ex-pharmacist) was once an active player and we all enjoyed friendly banters. Those were the good old days. Eventually, because of the new socialist ideology in sports, the Rangers Football Team had to be dissolved.”

What about your life now? What about the coronavirus?

“I am still very passionate about sports, football and all kinds of sports. I try to watch all the major league matches on the Super Sports DSTV channels. Even at 86 years of age, I enjoy going down to the shop in town from my residence at St Louis. I enjoy meeting and interacting with our regular and loyal customers at the Chaka shop.

But I can see that the quality of life, the savoir vivre and people’s attitudes have changed over time. Furthermore, the coronavirus pandemic is having a major effect on all of us, individuals and businesses. We should learn from this and diversify the local economy, maybe revive the cash crops like copra and cinnamon on the outer islands and encourage local production. Let us avoid putting all our eggs in one basket like tourism.”

How do you feel about business today?

“I maintain a positive outlook on life as a whole. I feel that business in Seychelles has potential for growth, but our country’s laws need to be more balanced and fairer to both employers and employees as we go forward. Also, there is an increasing number of operators of foreign origin in the retail, wholesale and import sectors. We need to nurture more local talent provided they can maintain honesty and dignity in all their business dealings. Too many people want to get rich quick.

Chaka Brothers employs 100% Seychellois; it was founded by my older brother, Yakub, who wanted it to be led by his only son after his retirement. Under the leadership of my nephew, Gafoor Yakub Chaka, Chaka Brothers has grown and has adjusted with the times. We always listen to our customers and we adapt to their needs. That’s what people should try to do in business.” 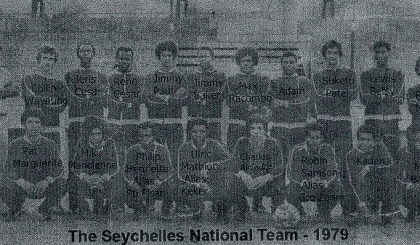 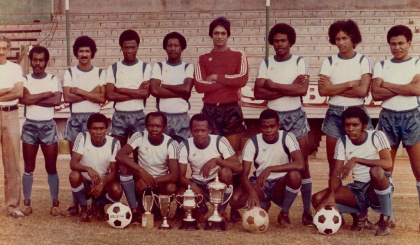