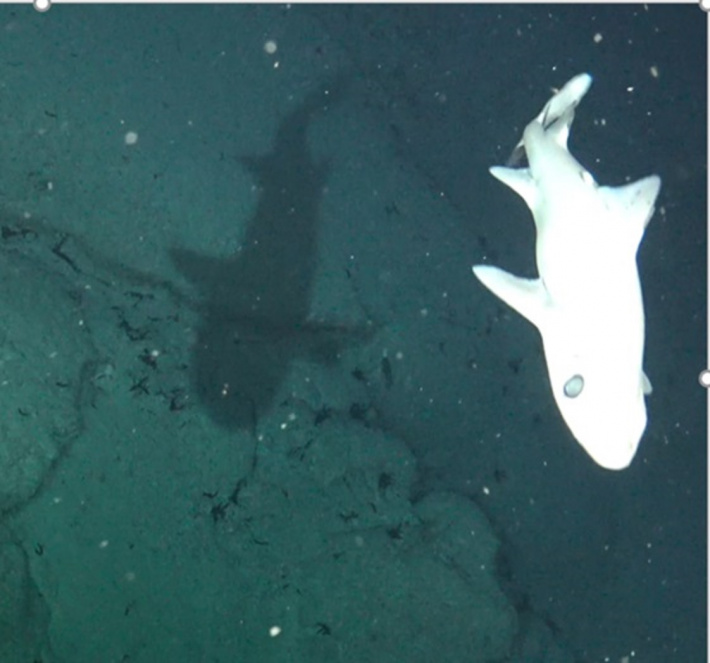 A sixgill shark has been recorded for the first time in Aldabra as study shows that both sharks and grouper species have increased in the atoll’s new zoning plan.

The project used baited underwater cameras (BRUVs) and submersible drones (ROVs) to take video samples of the various predatory fish species around Aldabra atoll. Aldabra Atoll was designated a special reserve in 1981, and was declared a United Nations Educational, Scientific and Cultural Organisation (Unesco) world heritage site for its natural significance of global importance in 1982.

Fishing is only allowed for subsistence and tourism activities are strictly regulated. In 2016 the management plan established a new zoning plan for the atoll, which is implemented to further conserve this precious ecosystem.

This research investigated if the implementation of zoning the outer reefs and water of Aldabra into conservation, subsistence fishing, and tourism zones was having a positive effect on the biodiversity and general health of the marine ecosystem. The study focused on two classes of fish: groupers and sharks. These predators are known as ecological indicator species, and are particularly sensitive to ecological disturbances like coral bleaching and overfishing due to their reliance on prey to survive. If the numbers of predatory fish are low, this is an indicator that the marine environment surrounding Aldabra atoll is impacted and cannot support these larger fish species.

Jennifer discovered that the abundance of both sharks and grouper species had increased since the last survey was performed. In the case of groupers, the numbers were significantly higher in zones designated for strict “no action” conservation zones; suggesting that restricting fishing activity has a positive impact on these populations.

The video surveys also detected a sixgill shark, a first record for Aldabra of this deep-sea species. This deep-sea predator is quite unique and bears six gill slits which is unlike other shark species that have five gill slits. It should be noted that Aldabra is one of the few atolls in the outer islands where a variety of sharks are still being present.

More time is required to fully gauge the effectiveness of the Aldabra zoning plan, and whether this will demonstrate a successful management approach to multi-use zoning for other maritime nations to adopt for the long-term sustainability of the seas and oceans. At this point, data from this project seems to suggest that zonation has a positive effect on the overall health of the ecosystem.

Do you want to support research to better understand the effectiveness of marine protected areas? SeyCCAT will be launching its call for proposal soon. Sign up on www.seyccat.org for updates.