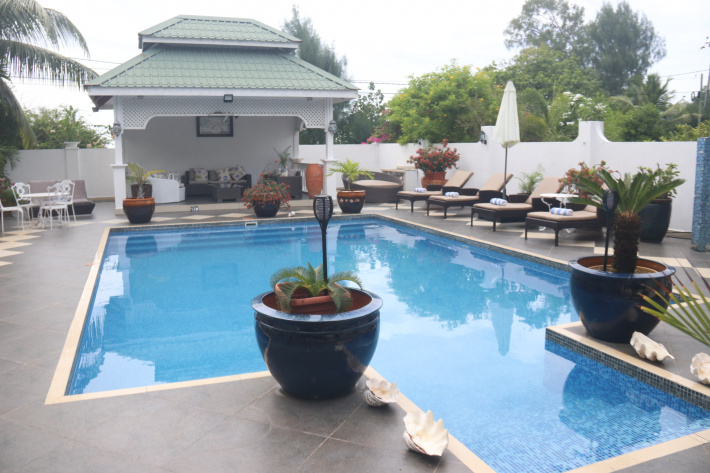 The Minister for Tourism, Civil Aviation, Ports & Marine Didier Dogley along with the principal secretary for Tourism, Anne Lafortune, visited eleven guest houses and self-catering establishments on Friday in the north of Mahé.

The aim of the visit was to catch up with these owners to check on how they are doing post COVID-19. It was also an opportunity for them to discuss with the minister their grievances.

“We are making the necessary preparation for the arrival of visitors soon and we wanted to make sure that they are following the guidelines that we have set,” said the minister.

He added that in order to reassure yourself, the staff and most importantly tourists we must be sure that they know what to do.

“We also wanted to hear the challenges that these establishments are facing; some noted that they still haven’t received compensation from the government and some were concerned about if GOPs of their foreign workers will be extended,” said Minister Dogley.

One of the first places that the minister and his team visited was the Hilltop Villa located at Carana estate and owned by Eileen Michaud.

“I was able to discuss with the minister one of the main issues I’m having which is financial aid that the ministry of finance is supposed to give employers as salary payments for their staff. We have sent all our documents and we have not received any feedback yet,” said Mrs Michaud.

She previously had four employees but two have resigned.

Another issue she discussed with the minister was the fact that PUC is charging excessively especially when there are no tourists.

To keep up with the measures placed by the government, she has added sanitiser dispensers in all rooms as well as paper towel dispenser.

Villa Koket was the minister’s next stop where he met with Brian Michel, owner of the establishment.

“In the seven years that we have been opened this is the first time that a government official has come by to visit us,” said Mr Michel.

Contrary to Mrs Michaud, he has received compensation from the government since April.

Some concerns he raised was the disturbance he gets from his neighbours’ dogs.

He said he is using this time to renovate his establishments to be ready to receive tourists.

Two doors down from Villa Koket is Le Bonheur, owned by Don and Madelyn Rea. After a tour of their five-bedroom establishments which also includes a self isolation room, they sat down with the minister.

“We have been looking at the various guidelines set by the health department including the isolation room which we have set aside,” said Mr Rea.

He noted that they have procedures for staff when it comes to sanitising and cleaning the establishment.

One of the main problems that they are having is finding a reliable Seychellois worker. Currently the bed and breakfast establishment has three Seychellois and three expatriate workers.

“All in all we saw that the owners understand the situation that we are in and are willing to cooperate with us,” Minister Dogley said, adding “everyone is doing the necessary to increase maintenance so they will be ready for when tourists eventually come”.

As for the concerns raised, the minister remarked that they will follow up and get back to the owners as from this week.

These visits are part of the many planned meetings that Minister Dogley will conduct every Friday.

The accompanying photos taken by our photographer Joena Meme show some highlights of Minister Dogley’s visits on Friday. 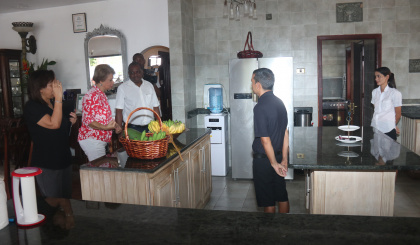 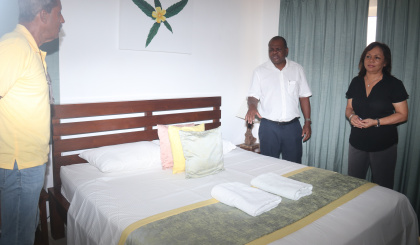 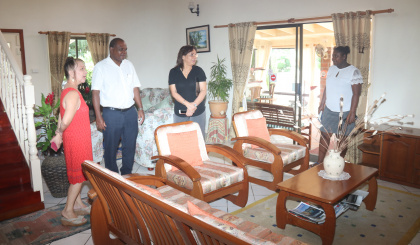 Will Aldabra be accessible to ordinary Seychellois in the not too distant future? |14.04.2021