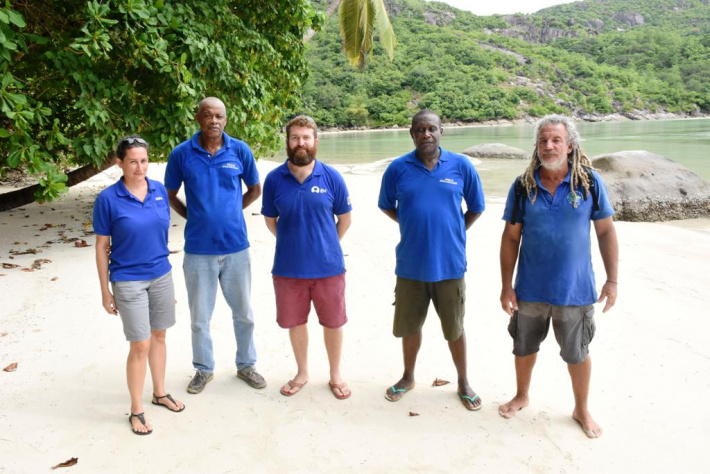 It was rather sad and ironic that on World Oceans Day on June 8 our newspaper received a call from the Seychelles National Parks Authority (SNPA) informing us about some cases of poaching at Cap Ternay. Arriving at the scene, it was unfortunate to see the remains of turtles and while walking on the beach we discovered other remains.

In December 2019, our newspaper reported that sea turtle poaching was on the rise! Traditionally, sea turtles fall prey to human exploitation. Green turtles are prized for their edible flesh and they are quite vulnerable against humans.

The SNPA also found out that the poachers are also killing hawksbills, known as Torti Kare in Creole. Hawkbills are named for their narrow, pointed beak. They also have a distinctive pattern of overlapping scales on their shells that form a serrated-look on the edges. These coloured and patterned shells make them highly-valuable and commonly sold as "tortoise shell" in markets.

Glberte Gendron, the marine operations coordinator at SNPA, told the press that “At Cap Ternay, SNPA manages a park and works in collaboration with a non-governmental organisation, Global Vision International (GVI) and it was one of their staff who discovered the remains of a sea turtle. The way the remains were scattered on the rocks definitely shows that it was not something brought by the waves but poached by humans. He immediately took photos of the remains and informed our institution. We also informed the department of environment. The remains of the dead sea turtle date a few weeks back and for now we do not have any information on who committed the crime. This is not the first case that we have received; during the COVID-19 lockdown we noticed a few cases. Currently only our staff are on patrols and the poachers know our schedules. For the moment we have two concrete cases and we have to note that we are not yet in the nesting period. Unfortunately these cases concern mainly juvenile turtles.”

Luke Searle-Evans, the programme manager at GVI, also explained that when he picked up the remains of the sea turtle, there was still some flesh on the bones two weeks ago.

“We found it too high up on the rocks to conclude that it could not have come from the sea. It was deliberately placed there. When we kill the juvenile species, we are preventing it from producing the number required for the marine world. In the marine park, it is a great place for them to have a protective life as a juvenile. The marine park is rich with different species and we have to protect them. It is a shame to see them being poached illegally,” stressed Mr Searle-Evans.

During our visit to Cap Ternay, we unfortunately found other remains of sea turtles. A faithful dog adopted by GVI is always part of the patrol team and often times, the dog leads the team to the discovery of the illegal activities.

What does the law say?

Any person guilty of an offence against any regulation made under this Act shall, on conviction, be liable to the penalty prescribed by regulation, or where no such penalty is so prescribed, to a fine not less than R5000 and not exceeding R500,000 or to a term of imprisonment not exceeding two years.

(2)       Where a penalty is prescribed by regulation, it shall not exceed the maximum fine and imprisonment referred to in subsection (1).

(3)       On convicting any person for an offence against any regulation, the Court in addition to any penalty imposed may cancel any licence issued to that person to operate any boat or vessel or motor vehicle or aircraft which is proven to have been used in the commission of the offence.

The accompanying photographs by our photographer Thomas Meriton show some of the turtle remains that were found. 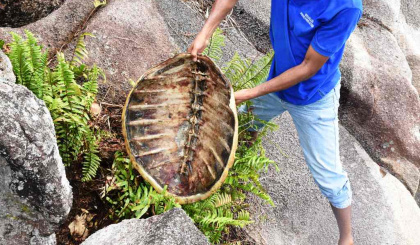 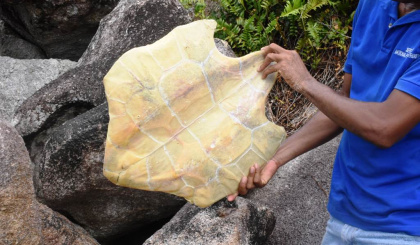 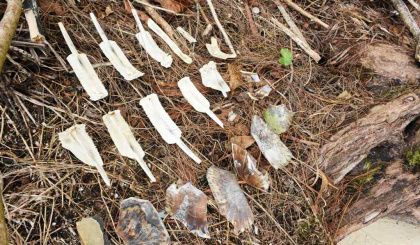