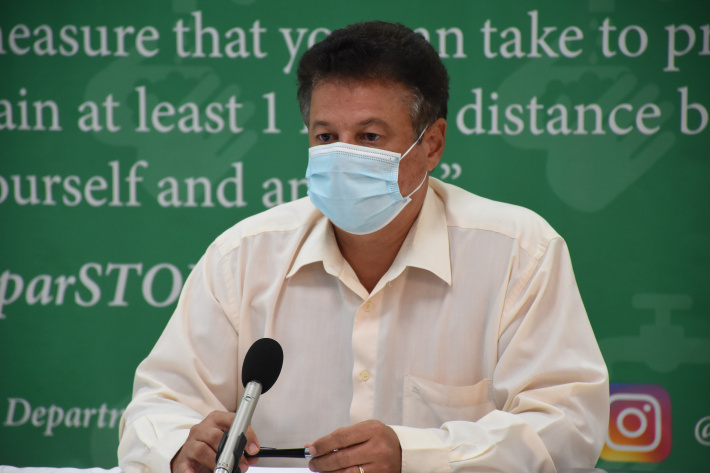 “The individuals who had been in contact with the infected foreign mariners were being monitored and tested during the 14-day surveillance and after testing them yesterday (Tuesday) we started getting positive preliminary results from six Seychellois. Since none of them were showing any symptoms, the health department admitted them at the Ile Persévérance hospital where further tests were conducted,” Dr Gedeon said.

He confirmed that the tests that were conducted came back positive for a second time noting that they conducted an anti-body test on all six people and no trace of it was found in their bodies which means that they contracted the virus fairly recently.

The individuals in question were baggage handlers, drivers and handy men. The department of health is still conducting an investigation to trace the infection point but until now their efforts have yielded zero results.

As for the mariners who have tested positive, they are being retested at a designated site at the port. At the time of going to press, 88 foreigners have tested positive for the virus, four of them have recovered and tested negative. Seychelles now has 86 positive cases including the six Seychellois

Regarding quarantine, Health Care Agency chief executive, Dr Danny Louange noted that there are currently 96 people who are under observation, 20 people are at the South East island facility while the rest are being held at the Berjaya Beau Vallon Bay facility.

“As contact tracing is being conducted we are looking at the option of freeing rooms at the Berjaya Beau Vallon Bay facility and sending some people home to quarantine themselves till their 14 days are up,” said Dr Louange.

He also gave updates on the patient in isolation and said that he is currently using oxygen mask for breathing but his condition is improving day by day and has denied rumours of someone dying from COVID-19.

As for now the health department will not be conducting random testing as there has not been any community transmission.

Dr Gedeon elaborated that these six cases are not community transmission as they are linked to the foreigners who brought the virus here with them.

“We must all practice good hygiene, wear masks and avoid crowded areas to break the chain of transmission if there is ever a case of community transmission,” said Dr Gedeon.

Speculations have also been rife about a bank teller being in contact with the six infected Seychellois. Dr Louange noted that there are multiple teams investigating the matter noting that the 141 hotline is still active and people who suspect they have been in contact with anyone infected should call the number. The health department has also obtained a new machine that will be able to conduct over 1,000 tests in one day.

Given that the virus may be circulating in the community, Dr Gedeon noted that the public needs to take preventive measures seriously, adding that the outcome of the additional tests being conducted will determine if more restrictions will be imposed.

“When we first got the pandemic we were less prepared, now we have done extensive training and preparation for the second wave to avoid a tight restriction like before, but if the measures are not enough to break the chain of transmission we will have no other option but to impose more severe restrictions,” said Dr Gedeon.

He also noted that due to recent events, the West African mariners will now go to Paris, France to be tested before taking a plane to Reunion to do their crew change instead of Seychelles. The Spanish are still trying to find another option for crew change.

It was also recently announced that the airport will open on August 1 for commercial flights and Dr Gedeon has pointed out that if the situation worsens they will have to postpone the reopening for a later date. But as of now the situation remains under control.

Dr Gedeon concluded by saying that the public should rely on news from accurate sources and people need to continue to follow the health guidelines, noting that more than ever it is important to be very cautious. 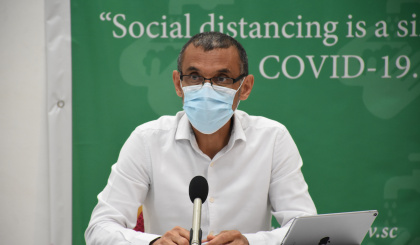