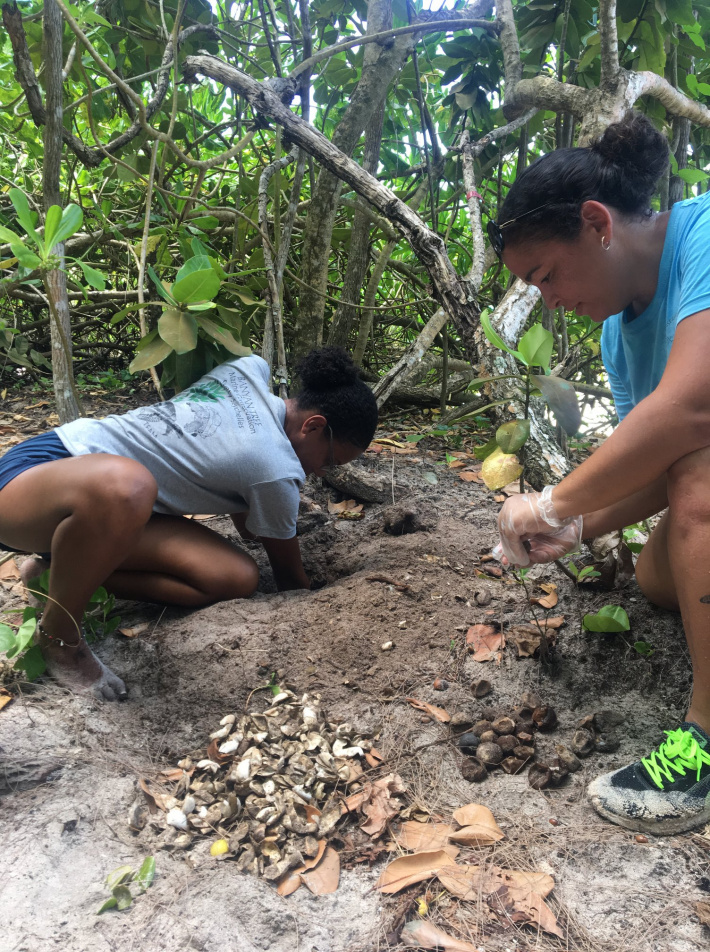 While significant numbers of Hawksbill turtles nest between September and March in the inner islands, smaller numbers of Greens nest throughout the year. Though a relatively quieter time of the year for the Marine Conservation Society Seychelles (MCSS) Temporal Protected Areas team, the team has recently recorded a fair bit of Green turtle activity on a few South Mahé beaches.

MCSS has consistently monitored turtle nesting activity on Anse Takamaka, as well as on thirteen other neighbouring beaches, over the last decade.

Throughout this time, it has established connections with local communities with a view to promoting participatory partnerships between stakeholders for successful and sustainable environmental conservation.

As such, the Takamaka community is well aware of the fact that their beaches are nesting grounds to two species of sea turtles; critically endangered Hawksbill turtles and endangered Green turtles.

On Monday July 13, MCSS Temporal Protected Area project leader, Vanessa Didon, was alerted to a Green turtle nest on Anse Takamaka by some members of the local community.

The turtle had nested early in the morning in a rather precarious position; dangerously close to a stream of freshwater runoff from the marsh that was quickly collapsing the surrounding sand.

Given the urgency to move and protect the egg clutch from inundation or exposure, the men that alerted MCSS to the nest, Christopher Bibi and Jemmie Oreddy, followed strict egg relocation guidelines and successfully excavated the nest.

They had all 151 eggs contained safely in a bucket ready for relocation by the time that Vanessa arrived on the scene.

The intense erosion experienced on Anse Takamaka has resulted in the installation of rock armour along the road, reducing the suitability of the nesting platform on this beach.

As tracks of the same size were recorded on Anse Grand Police, it was presumed that the same turtle had tried to lay there before laying on Anse Takamaka, and so the eggs were taken to Anse Grand Police where they were safely and successfully relocated by the MCSS team.

Currently, there are three active Green turtle nests on Anse Grand Police that are monitored until hatched, whereafter the team collects the egg clutch survival data.

The relocated nest is particularly special thanks to the two ‘Dads’ that played an important role in ensuring that these 151 eggs were given a chance to develop and hatch.

MCSS would like to commend and thank Christopher and Jemmie for exemplifying active community conservation and custodianship of Seychelles’ biodiversity.

MCSS has conducted long-term monitoring of turtle nesting activity on 14 of Mahe’s beaches: Anse Intendance, Anse Cachée, Anse Corail, Anse Bazarca, Baie Lazare and Anse Barbarons since 2004 and additionally Anse Petite Police, Anse Grand Police, Anse Parnel, Anse Forbans, Anse Marie-Louise, Anse Takamaka, Anse Gouvernment, Anse Louis and Anse Madame Troian since 2009. Based on the data collected over this period, MCSS is in the process of nominating Anse Intendance, Anse Cachée, Anse Corail, Anse Bazarca, Anse Petite Police and Anse Grand Police as Temporal Protected Areas (TPAs) for the protection of nesting turtles and their habitat. The TPA Project is funded under the GOS-GEF-UNDP project entitled ‘A Ridge to Reef Approach for the Integrated Management of Marine, Coastal and Terrestrial Ecosystems in the Seychelles’ (Ridge to Reef Project). The projects’ objective is to manage and conserve the flow of marine, coastal and terrestrial ecosystem services in targeted islands of the Seychelles for multiple benefits through the Ridge-to-Reef approach.

If anyone comes across a turtle nest that has been or is being laid in a precarious position and should be relocated, please report it to the Ministry of Environment, Energy and Climate Change Green Line on 2722111 or to the Marine Conservation Society Seychelles on 2711399. 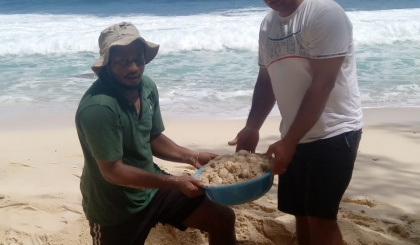 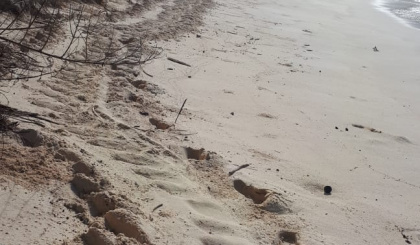 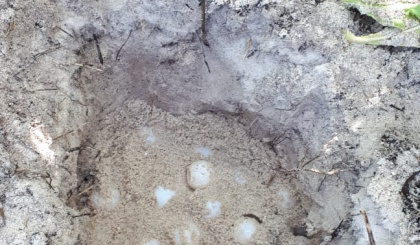