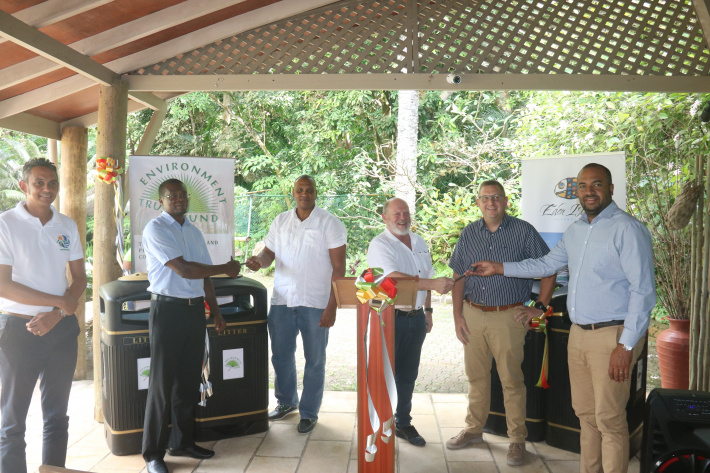 The handover of the bins (Photo: Anel Robert)

The Eden Island Development Company and the Environment Trust Fund have donated 100 litter bins to the Landscape and Waste Management Agency.

The donation was a fifty/fifty collaboration where both EIDC and the Environment Trust Fund (ETF) paid for half of the litter bins.

“We first approached EIDC to see if wee could replace some of the bins in Victoria as they have worn out while some other areas were also in need of litter bins. Through the mandate that the Environment Trust Fund has, it agreed to bear half of the total cost,” said Mr Joubert

The bins which were imported from the United Kingdom (UK) cost approximately R5,500 each will be placed in designated areas chosen by the LWMA.

“We have observed that in some ares there are no facilities for people to throw away their trash like at Persévérance, airport area and some areas in town,” explained Mr Joubert who noted that not all 100 bins will be used as some will be stocked for later use.

“Praslin and La Digue also have some areas that lack litter bins and we at LWMA will be working with the district administrators on both islands to properly coordinate the placement of new bins,” said the CEO.

Mr Joubert also emphasised that changing the peole’s mentality towards littering is an ongoing process and he was very much looking forward to seeing the people of Seychelles make good use of the donation. 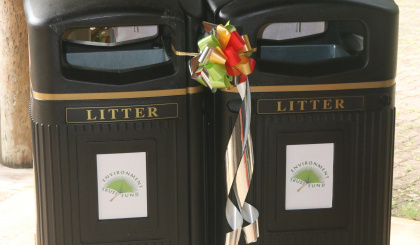