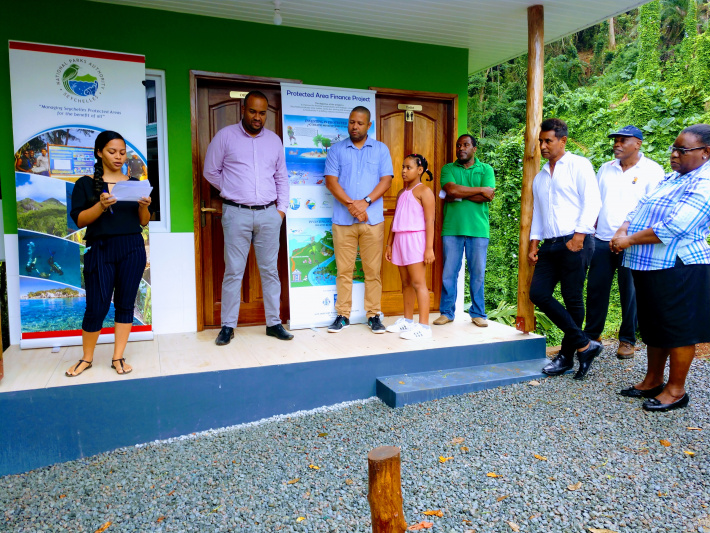 After some major refurbishments, the Copolia trail has been re-opened to the public but visitors will now have to pay a fee to access the trail.

It was the Minister for Environment, Energy and Climate Change Wallace Cosgrow and the chairperson of SNPA board, Dr Jude Bijoux, who officially opened the revamped Copolia trail recently.

It all started at the entrance of the trail, at Sans Soucis, where the chief executive of the Seychelles National Parks Authority (SNPA), Selby Remie, made his opening remarks, highlighting the new features of the trail.

He also thanked the GoS-GEF-UNDP Protected Area Finance Project for financing this redevelopment.

Noting that SNPA has turned this trail into one of the best in the country, Minister Cosgrow talked about the impact of Covid-19 on SNPA as an organisation that is highly dependent on tourism.

He explained the public-private partnership that exists in this area.

As the occasion also coincided with the World Ranger Day on July 31, Minister Cosgrow also wished all SNPA staff and rangers in the country a happy World Ranger Day, an IUCN sanctioned event.

The former director for Forestry and National Park, Jason Jacqueline, was also rewarded for his years of service at the Authority.

The guests and invitees later went on a guided tour of the trail where they discovered the rich fauna and flora of the area such as snakes, stick insects, the country's smallest frog and the endemic pitcher plant.

All were pleased with the new developments made along the trail (information boards, signage, benches, etc..).

The visit ended atop the 800m summit which commands a breathtaking view of the Ste Anne Marine Park and Mahé’s east coast.

The accompanying photos show highlights of the event. 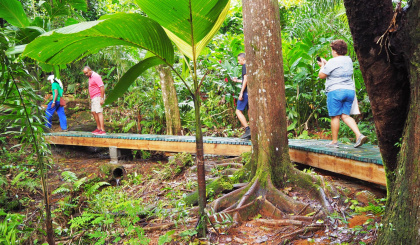 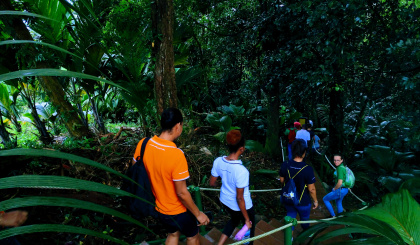 Guests starting their tour of the trail 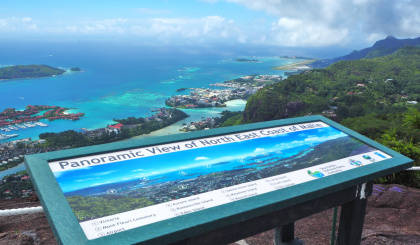