Speaker Nicholas Prea is no longer in politics |02 September 2020 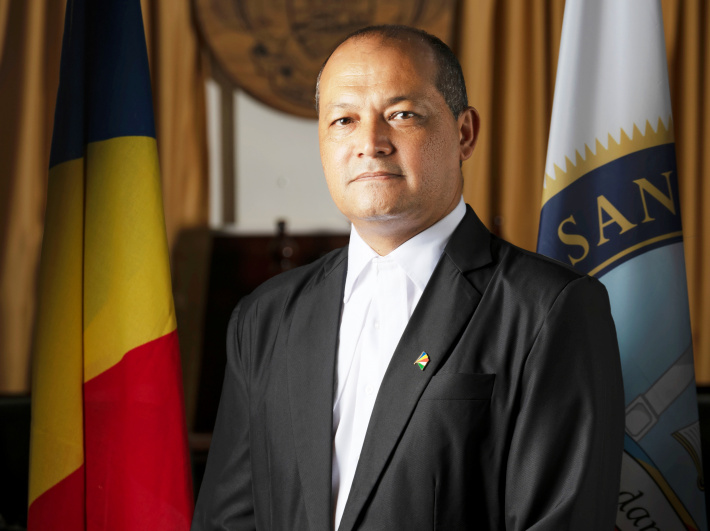 National Assembly Speaker Nicholas Prea has said he is no longer in politics and hence not a member of any political party.

He made this declaration in a press release dated August 31, 2020 after false information has been circulating on him on social media.

“Lately, a lot of false information has been circulating on me Nicholas Prea, Speaker of the National Assembly. This is being done on social media, especially on Facebook.

“Following this, I would like to make the following declaration:

“Nicholas Prea is not on Facebook and therefore what you are seeing are nothing more than fabrications from certain individuals wishing to attack me and the Office of the Speaker. They are using my official photo as Speaker, which makes it an attack on this institution. Even the personal information given are false.

“It should also be made clear that Nicholas Prea is neither a candidate for the presidential elections nor for the forthcoming National Assembly elections. Anybody who rightly followed my declaration of August 6. 2020, the day the Assembly was dissolved, would have understood that I am no longer in politics and hence I am not a member of any political party.

“Those false information and fake profiles are degrading and are being done with a malicious intention to tarnish my family name and to denigrate me. They are also attacking and destroying the work that I have done in the Assembly and also where I have created a secretariat free of politics.

“I reiterate once more that I am not on Facebook, and I would like to draw your attention on the requests for loans and confirm that Nicholas Prea is not offering any financial services such as loans, similarly like one of my friends was approached through messenger last week.

“I condemn these actions and all those who are doing this.

“I will remain Speaker of the National Assembly for approximately the next couple of months until I swear in the members of the 7th Assembly. During this time, I urge you all to respect this Office and this institution.