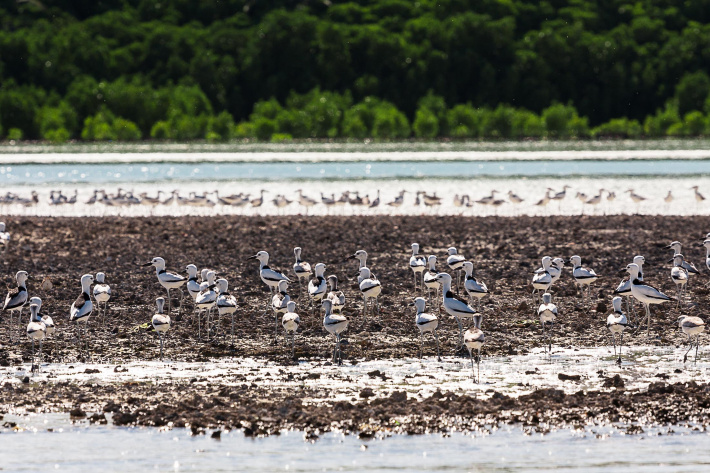 Each year, conservation staff working at the remote Alphonse Group look forward to the shift in prevailing wind from south-east to north-west, which coincides with the return of migratory birds. Many species fly back from their breeding grounds in the northern hemisphere to over-winter in the tropics. In particular, St François Atoll is a magnet for many species of waders, including large flocks of Crab Plover, because the lagoons and mangroves are home to plentiful fish stocks and crustaceans.

The local non-profit Island Conservation Society (ICS) has been conducting regular monitoring since 2007 and in this relatively short period, 110 different bird species have been identified. In fact, the Alphonse Group has recorded more migrants than any other outer islands except Aldabra. All sightings are reported to the Seychelles Bird Records Committee (SBRC) for verification.

Identifying the key characteristics that distinguish species can be difficult. A Common Cuckoo was reported to SBRC, but upon inspection by experts it was confirmed as most likely a Madagascar Cuckoo, which was thrilling news for the ICS team as this is a new species for Seychelles.

Migrations can cover thousands of miles, and expose birds to a host of risks at every stage of their journey when they stop to feed, rest and breed. One rare wader observed at Alphonse is the Grey-tailed Tattler. This species, like many others, is experiencing global population decline, largely as a result of habitat loss along its flight paths.

The outer islands provide important stopover sites, with environmental resources for birds to build strength before the next leg of their journey across the ocean. Reef flats in particular are an important habitat, largely lost in the inner group of islands due to land reclamation. Protected areas within the global migration routes of birds are vitally important to their long-term survival, and the Alphonse Group is proving itself to be a popular location. 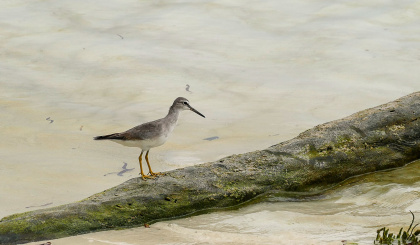 Grey-tailed Tattler seen on Alphonse, the 6th record for this species in Seychelles 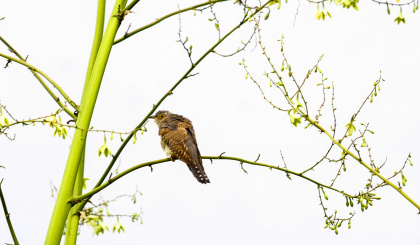