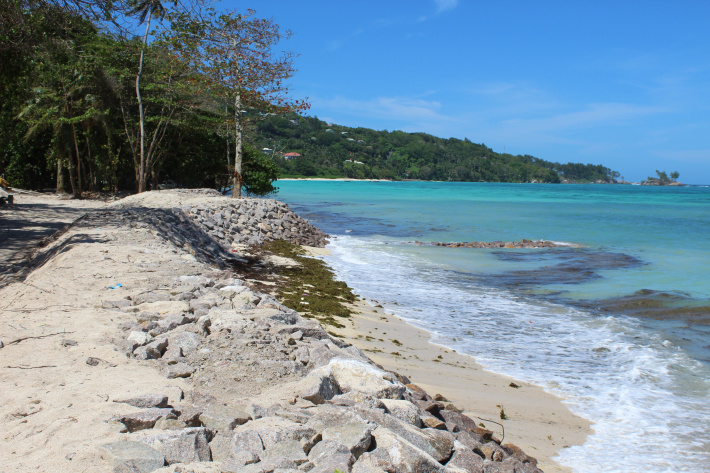 The construction of a bridge at Bamboo Estate, Anse Royale has been completed and the remaining works are to lay asphalt on the bridge and open the channel at the location of the road diversion. The bridge is in the process of concrete curing.

Such a drainage will provide a wider and stronger structure for better evacuation of storm water flow and hence reduce flooding especially during rainy seasons.

The project started at the end of January but encountered some delays in its implementation due to the restrictions caused by the global pandemic Covid-19.

Furthermore, a second drainage project in south east Mahé is at Sweet Escott. It includes the construction of a major box culvert which started in mid-March and is in the process of concrete curing and construction of the approach slab as the bulk scope of works has been completed.

Designed and financed by the department of climate change within the Ministry of Environment, Energy and Climate Change, the project is financed under the ministry’s capital project for wetland unit.

Coastal erosion was noticeable at Fairy Land, Anse Royale and was a raising concern for the ministry.

The coastal rehabilitation project was implemented by the climate change department and financed by the Coastal Capex. The large scope of work has been completed, and the last remaining activity is the beautification of the area, which is to be organised soon. This coastal project which started in mid-August aims at reducing coastal erosion.

The accompanying photos show some of the works that have been done.

Contributed by the Ministry of Environment, Energy and Climate Change 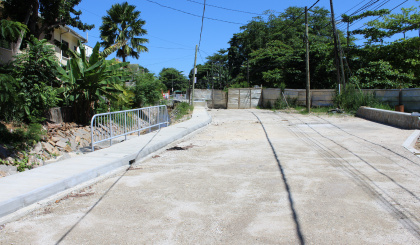