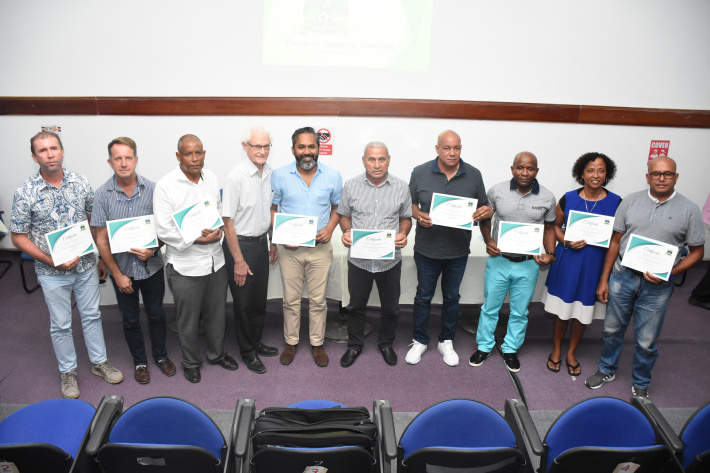 For the coming four years, local football will once again be run by lawyer Elvis Chetty after he won another mandate as president yesterday, following the sport’s governing body’s elective general meeting.

During the elective general meeting (EGM) which took place at the Seychelles Football Federation (SFF) headquarters at Maison Football, Roche Caïman, yesterday afternoon, Mr Chetty, who was the sole contestant for the post, won 29 votes out of a possible 30.

Dolor Ernesta, who was also standing alone won 23 votes to retain his post as the federation’s vice-president, while treasurer Jonathan Paul retained his seat after winning 28 votes.

Six ordinary members were also elected to sit on the federation’s executive committee.

The two outgoing members on the SFF executive committee are Emmanuel Lucas and Gonzague D’Offay.

In his remarks, Mr Chetty noted that the past four years have been good, but they need to work harder to make the next four even better.

He further added that everyone needs to work harder and be more committed, not relying solely on the SFF, especially with the actual situation. 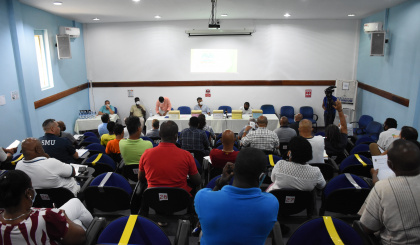