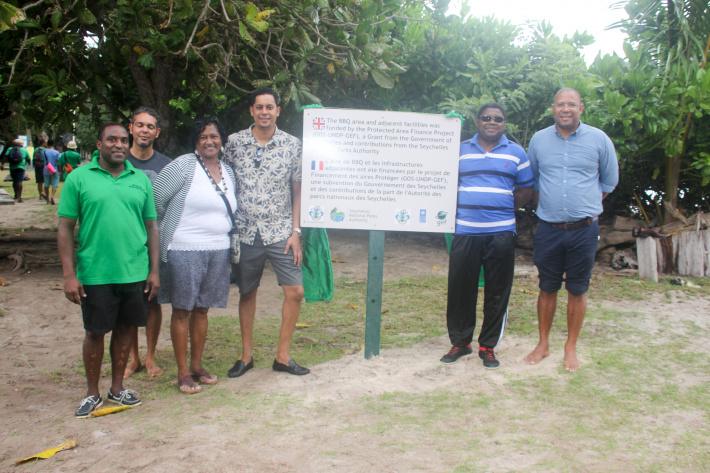 In April this year, Curieuse Island closed its doors to visitors on account of the Covid-19 pandemic. As a result, upgrade work which had already started and was scheduled to be conducted over several months, was greatly delayed.

However, due to high demand from stakeholders from the tourism industry, the island welcomed back visitors as of yesterday, although upgrade work is not completed. Visitors with be allowed to visit and interact with tortoises at Baie Laraie and do half the trail of the island only. As work progresses and more facilities become available, usual activities will eventually resume.

This was announced last Friday at an official ceremony to re-open the island.

The ceremony was attended by the Seychelles National Parks Authority (SNPA) board members, chief executive of SNPA, Selby Remy, members of the National Assembly from Praslin and several other stakeholders.

Addressing the invitees, CEO Remy detailed the upgrade work and new facilities as well as shared SNPA’s constraints in completing this project.

“The upgrade work is taking place in two phases. The first phase, which is almost completed, includes new, bigger, improved barbeque area facilities at both Baie Laraie and Anse St José. Toilet facilities have also been improved and the 433-metre boardwalk, which is the longest in Seychelles, has also been upgraded. The next phase will include the construction of a visitor centre, souvenir shop and café at Baie Laraie as well as the installation of photovoltaic panels on the barbecue area buildings (a donation of the Chinese government).”

Mr Remy shared the reason for the delay in completing the project which was mainly transportation of construction materials to the island. This is due to the terrain of the island which makes it difficult for cargo boats to come close to shore.

The movement restriction imposed by the Covid-19 pandemic also contributed greatly and the ease of accessing construction materials adapted to the specific conditions of island buildings was another issue.

In the end, the project proved to be much more difficult than planned and after an internal post mortem, SNPA will be better equipped to plan similar future projects.

To note that strictly Praslinois contractors were carrying out the upgrade work.

On his part, the chairperson of the SNPA board, Jude Bijoux, thanked all partners for their hard work towards the upgrade work.

He particularly commended the former chairperson of the SNPA board, Helena Sims and Curieuse island manager Anto Suzette. Mr Suzette, considered a native of the island who grew up on Curieuse, has been overseeing the upgrade work.

“We have greater vision for Curieuse Island and this upgrade work is only the beginning. The island has much potential and we will be tapping into these potentials,” Mr Bijoux said.

He described Curieuse as a jewel in the SNPA crown which they wish to polish.

“As part of the SNPA network, we wish to use it as a gold mine to help finance and improve the standards of other SNPA sites around the country,” Mr Bijoux said.

He also thanked the government and the Protected Area Finance Project (GOS-UNDP-GEF) for the financial assistance.

Among the new facilities is also an electronic ticketing system whereby visitors will have the possibility to purchase their tickets for entry on the island online. Debit/credit card transactions will also be available.

The new facilities will now bear higher maintenance costs hence the reason for the recently increased landing fee for tourists.

Boat operators will now be required to have a mutual contract agreement with SNPA which will govern the use of island facilities. This will be formally introduced to these operators in a training session scheduled to be held on November 17 jointly with the Ministry of Health.

It was the members of National Assembly for Praslin island, Churchill Gill (Baie Ste Anne) and Wavel Woodcock (Grand Anse) accompanied by island manager Anto Suzette who unveiled the inaugural plaque during the ceremony. This was followed by a tour of the upgrade work, including a walk along the almost completed boardwalk which runs through the island’s mangrove forest. The visitors could enjoy and learn more about six of Seychelles’ endemic mangroves along the walk.

The upgrade work which has amounted to over R4 million has been going on for over a year and will continue.

SNPA has other plans to renovate the Doctor’s House at Anse St José, include a cultural, artisanal village next to the Doctor’s House, improve staff housing facilities on the island and turn Curieuse in a self-sufficient island energy wise.

The accompanying photos show some highlights of the ceremony and some of the upgrade work done. 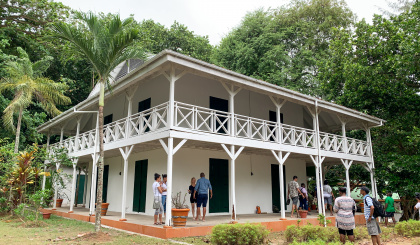 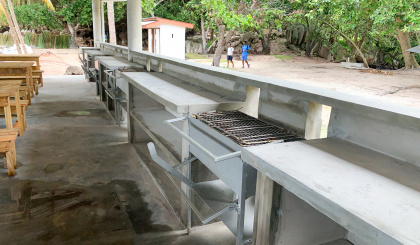 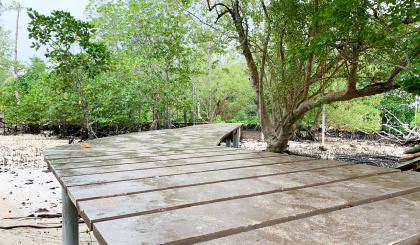