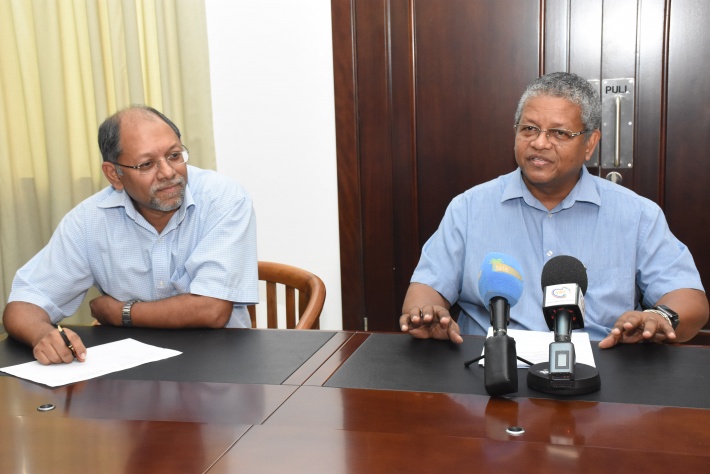 The National Assembly will hold a special sitting on Friday April 5 to discuss amendments to the public service salary bill, the leader of the opposition Wavel Ramkalawan announced yesterday afternoon.

To note, the salary increase is in line with the Public Service Salary Act 2013 which states that the ‘salary structure should be revised at least once every five years’ and the public service employees were due to receive this increase as of yesterday, April 1.

This delay was caused due to an adjournment of the debate on the bill without any vote after the National Assembly’s special session on Friday March 22.

During the press conference yesterday, Hon. Ramkalawan explained that LDS’s main point of contention with the amended bill was due to the fact that the 5% salary increment across the board will see those who are lower on the salary grid gaining at least 16 times less than those higher up on the grid.

“With what the government is proposing, employees who are on band one will receive around R250 to R274 while those on band 20 will be getting an increase of around R4,000, before tax,” Hon. Ramkalawan explained.

“We (LDS) are against this, rather we are suggesting that the R62 million budgeted for the salary increase from April up to December is distributed equally, where everyone gets the same amount.”

Hon. Ramkalwan went on to explain that given the situation in which Seychelles currently finds itself – where a significant portion of the population is said to be living below the poverty line – the government should find ways to help those who are earning less.

In the same line, he said professionals who are much higher on the salary table should also make sacrifices so that in the end “the country can benefit as a whole”.

In his role as an economist, Hon. Afif subsequently gave a breakdown of how much each employee should get under the amendments that LDS was proposing to bring forth in yet another special sitting on Friday April 5.

In the opposition’s amendments to the bill, all public service employees would get a salary increase of R450.

“We conducted two scenarios to demonstrate the difference between what we are proposing and what the government wants to implement. In the first scenario, as per the government, the core 11,375 public service employees would have received in a total of 10 months R57 million. But in that R57 million, Band 6 up to Band 20 would have brought home R22 million and Band 1 to Band 5, R34 million,” Hon. Afif remarked.

“In our proposition, wherein the money is distributed equally and each person receives a pay rise of R450 after taxes, the government will have spent R56 million. In this scenario, Band 6 up to Band 20 will now only get R15 million more and those from Band 1 to Band 5 would bring home R41 million,” he added.

According to Hon. Afif, this demonstrates a more just distribution of wealth compared to what the government initially proposed in the amended bill.

Following the special National Assembly session this Friday, LDS hopes to vote on the bill with this additional amendment so that the bill would come into play before April 10, just in time before the payroll is certified and closed off.

In this case, it would be up to President Danny Faure to choose whether to assent to it or not, said Mr Ramkalawan. 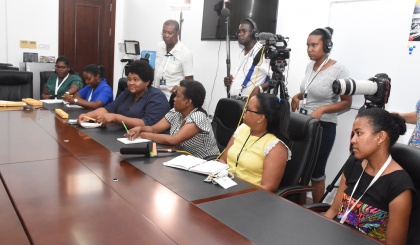