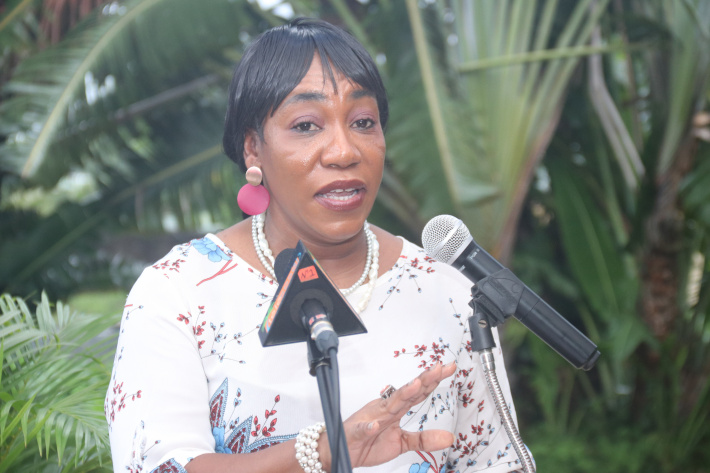 ● A men’s association in the making

November 19 is the International Men's Day and one of the key objectives of the day is to raise awareness on the importance of tackling discrimination and disadvantage and improving men's health. This year's theme is ‘Better health for men and boys’.

To commemorate the day, the population unit within the family department held a training of trainers (TOT) session to catch up with the first cohort who attended the two-day training last year.

The event was held at the Family House in the presence of First Lady Linda Ramkalawan and the Minister for Youth, Sports and Family Marie-Celine Zialor.

It was quite an interesting event as Minister Zialor delivered her first speech to the men and guests present.

Full of enthusiasm, the minister gave the tone to the event and emphasised on the positive changes that boys and men in our society will need to abide by in order to live a fulfilling life. One of these is men’s health and she stated that “in Seychelles, the leading cause of death among men is cardiovascular-related diseases. Because of the style of life, we will have to relook at our lives. But today I want to emphasise on the spiritual and how we should fill our souls with positive energy. Very often the emotional well-being is neglected as we think that men do not have feelings. Many times, women and the society create this kind of environment. We need to change this mindset from the misconstrued stereotype of men in drugs and alcohol set by a minority of men to recognising and praising more men for their positive contributions.”

Minister Zialor added that aside from the physical and moral fulfillment we seek, boys and men need to get in touch with their spiritual side that is to feed their soul with positive energy.

“The soul does exist and it is the purest feeling we have. We have to nourish our souls. As the ministry of family we will bring forward various messages towards the population and help the men in our society realise their potential at their best,” emphasised the minister.

Another point brought forward by the minister is recognition of the men in our society who are already good role models and also contributing towards the development of the community.

She noted that “we need to give visibility to the men who are already doing great. Our energy needs to be focused on this group so that they can help others by giving them various platforms. We will focus on the positive so that we bring more positivity in the society.”

Those present also benefitted from a presentation by Gerard Lim-Sam who sparked discussions around the local socio-cultural aspects where either the father does not acknowledge his/her child or the mother deprives the child of knowing his/her biological father.

Following Seychelles’ last report on the progress made towards the realisation of children’s rights in the country, one of the recommendations from the United Nations committee remains deeply concerned that no law has been enacted to ensure the right of children born out of wedlock to know their biological father which is significant to a child’s identity.

During the programme, facilitator Benjamin Vel proposed the way forward for the group where it was unanimously agreed that the creation of an association for men would be ideal to advocate for making a positive difference to the wellbeing and lives of men and boys as this year’s theme indicates. The group is expected to meet next Thursday to start the formalities.

Principal research officer Gerald Kiwale talked about the training of trainers (TOT) and explained that this initiative is part of the male engagement programme for young employees from different organisations to train them to become male role models. TOT aims at equipping male youths for resilience building and for counteracting gender-based violence issues to help promote gender equality, reduce gender-based violence, and ensure that holistic human development is maintained in the Seychellois society.

After receiving the training, the delegates can have a sense of responsibility, self-respect, resiliency and spiritual values; attain essential positive life skills as the deterrent factor for any form of violence; become positive role models; develop leadership skills; raise awareness on the negative impacts of GBV; lead a responsible and a respectable manhood; convey the same in their workplaces and in their families and become potential mentors to other young people and employees.

The National Information Services Agency, publisher of the Seychelles NATION newspaper, wishes a Happy Men’s Day to all men out there who are doing their best to assume their responsibility as a son, a father, a husband, a brother and a mentor. 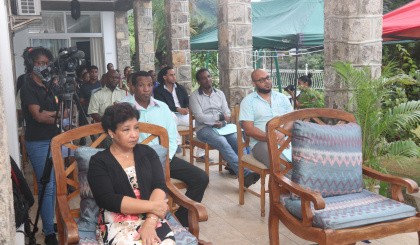