Football President’s Cup Foresters, Côte d’Or clash in what promises to be a thrilling affair |21 November 2020 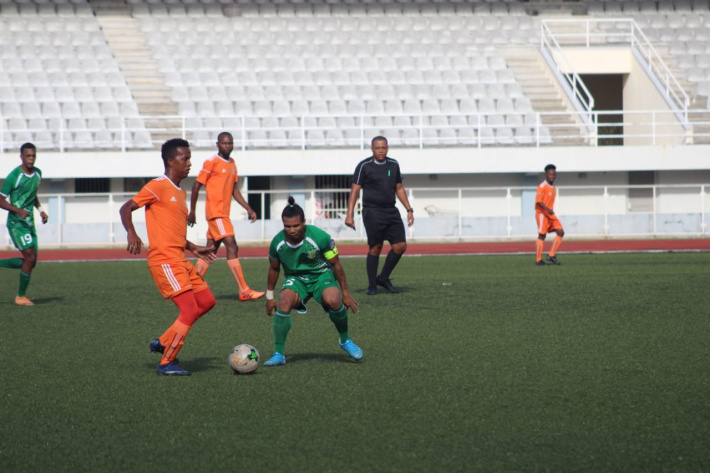 SeyPearl Premier League champions and SFF Cup winners Foresters clash with Praslin outfit Côte d’Or today in the curtain-raiser match for the President’s Cup at Stad Linite as the 2020-2021 season resumes after a three-month break.

These two teams met in the final of the SFF Cup to bring the curtains down on the previous season where the Mont Fleuri-based club swept aside their opponents to claim a historic league and cup double. This came about after having already dethroned them as league champions earlier in the season in a stop start season hampered by the Covid-19 pandemic.

However, the new season should bring new hope for the players of Côte d’Or club president Robert Payet whose team are the defending President’s Cup champions after they edged St Louis to win their first such title last year.

Côte d’Or have recruited former Revengers and Anse Reunion coach Basil Hoareau to their ranks and they will be looking for a much better season with their vast array of talents in the likes of striker Perry Monnaie, Malagasies Jonas, Kassah and Charles Rakoto alongside their classy defender and captain Benoit Marie though they will have to replace their former skipper Jones Joubert who has hanged up his boots at the tender age of 35.

Côte d’Or manager André Bedier told Sports NATION that his team have had a very good preparation despite the Covid-19 concern and is confident of a good result.

“We have had a seven-week preparation and I’m quite pleased with the way things went and we are ready for the new season. Our aim is to defend the cup we won for the first time last year and we have a full squad to choose from with no injury worries,” explained the Côte d’Or manager to Sports NATION.

Manager Bedier added that last year his team went so close to claiming two cups and is confident that they will be among the leading teams in the league for the 2020-2021 season.

“I think the fans will see a new style of play from our team under our new coach which is encouraging compared to last year where I was not too happy with our playing strategy and we have made the changes to player position where we hope it will bring better results,” stated the Côte d’Or manager.

As for Foresters coach Harold Hoareau, he is rather a bit downbeat as his team have not had the best of preparation for this season’s opening match.

“We began training some time ago but not all players have been regular at training and now we have some injuries to our players such as Brandon Molle, Collyn Francourt and Ryan Henriette who will start on the bench. But we have had five test matches and have a group ready for this match which we want to win to pick up from where we left off last season,” claimed coach Hoareau.

This match pits together two of the best teams in the league last season.

Foresters have the bulk of the team that served them so well, Côte d’Or have added coach Basil Hoareau to their ranks alongside coach James Barra and therefore this encounter promises to be a thrilling affair to set the tone for the coming season.