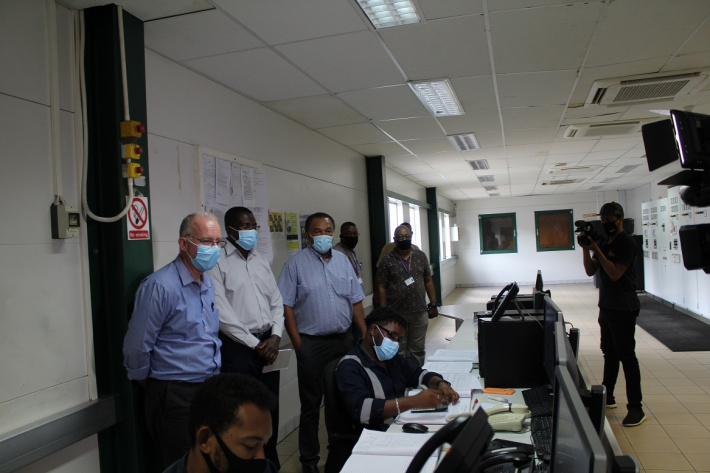 The Minister for Agriculture, Climate Change & Environment, Flavien Joubert, wrapped up his familiarisation visits at four institutions on Monday this week.

These included the Biodiversity Centre at Barbarons, the Bio-security Centre at Grand Anse Mahé, the Seychelles Energy Commission (Sec) at Unity House and the Public Utilities Corporation (PUC) Electric House at Roche Caiman.

Minister Joubert was welcomed at the Biodiversity Centre by the chief executive of the National Botanical Garden Foundation, Raymond Brioche and chairman Andre Rassool. The minister obtained a guided tour of the facility and trail within the garden which contains various endemic plants. The tour was followed by a brief meeting with staff working at the facility who had the opportunity to discuss certain matters regarding their work.

The minister’s next stop was at the Bio-security Centre, Grand Anse Mahé (at the former BBC building). This facility houses a veterinary clinic for farm animals, research facilities, biosecurity labs of insects and animals. This large facility is equipped with instruments and technicians which benefit both agencies and the country.

In the afternoon, the minister met with staff from the Seychelles Energy Commission (Sec) at Unity House. They had a brief discussion with regard to their plans and targets, and how they want to improve on their working relationship with other stakeholders and organisations in the coming year. Furthermore staff suggested the reinforcement in regulations and policies to ease their duties and responsibilities.

The minister ended his visit at the Public Utilities Corporation (PUC) Electric House at Roche Caiman, where he was welcomed by the chief executive (CEO), Philippe Morin and deputy CEO, Joel Valmont. The minister was given a tour of the premises by the PUC delegation who shared their technique of operation and underlined certain requirements and challenges that are impacting their work, such as lack of local qualified technical staff, working space, cab connection between La Digue and Praslin.

The minister highlighted that PUC is doing a good job. Although it is encountering certain setbacks, the corporation is determined and keen to deliver the best services possible to its consumers.

To conclude the minister has described his visits to these facilities as satisfactory and fruitful. Highlighting the importance of career guidance in schools, the minister urged more students to pursue a career in the technical field so as to help reinforce the number of young local professionals.

The accompanying photos show some highlights of Minister Joubert’s visits.

Contributed by the Ministry of Agriculture, Climate Change & Environment 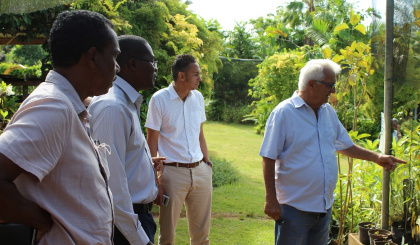 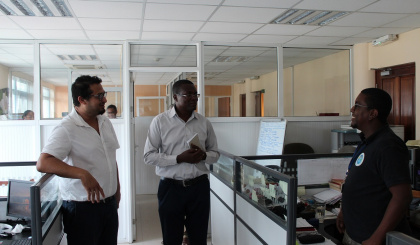 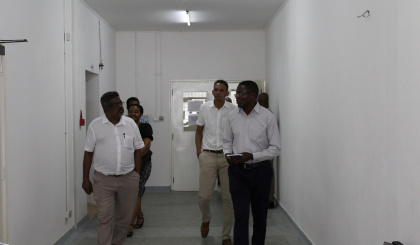