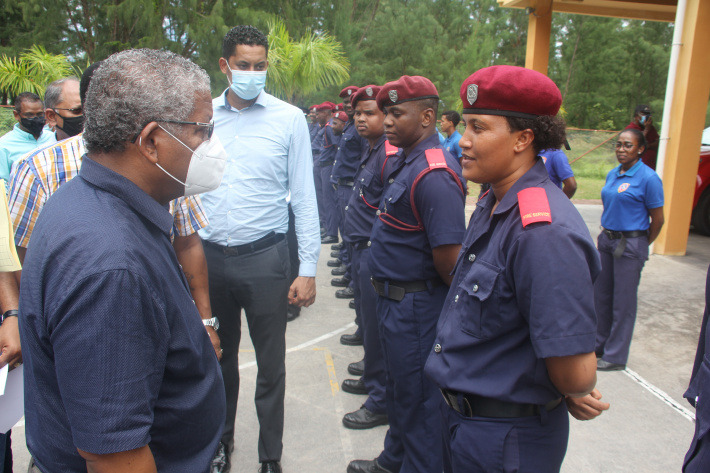 The aim of the day-long visit was for President Ramkalawan to discuss on site with officials in his delegation on solutions that will spearhead failed promises in relation to the essential facilities, services, ongoing developments and sites for different proposed projects he claimed were conveyed to the people of Praslin in the past but have not materialised.

President Ramkalawan stated that Praslin and La Digue have been living for too long on promises that have never been materialised and the time has come now to pass on to action.

The visit started off in the district of Baie Ste Anne, precisely at the jetty, then moved to a non-functioning abattoir which is under repair, the new jetty, the cargo port, the fire station, an industrial land project for potential land redistribution at Ile Eve, the Public Utilities Corporation (PUC) facility, the police station, the Baie Ste Anne Hospital, including a short visit at the Vallée De Mai and to a hot spot at Côte d’Or.

At Grand Anse Praslin, President Ramkalawan and his delegation visited the clinic, police station and the Seychelles Public Transport Corporation (SPTC) depot at Amitié. They also visited a site for a new jetty behind the police station, the Amitié landfill and a rock armouring project to contain erosion along the coastline of Amitié.

The visit of President Ramkalawan and his delegation ended with a meeting with the Praslin Business Association at the Castello Beach hotel in Amitié.

We present to our readers some highlights of the visit in pictures while we will come back in more details on the visit in one of our future issues. 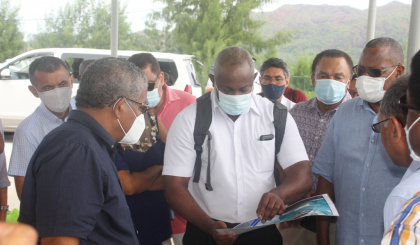 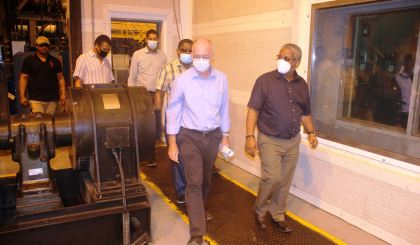 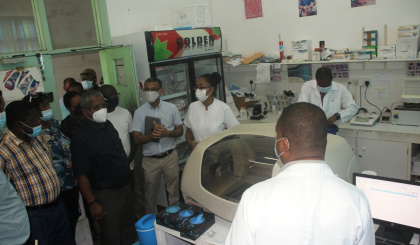 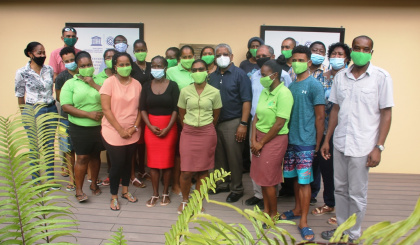 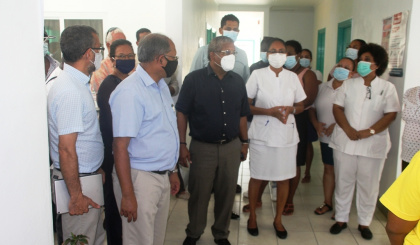 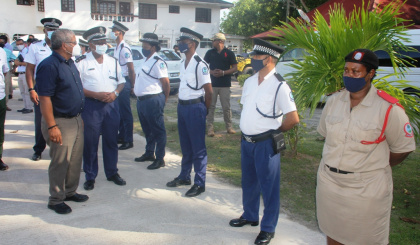 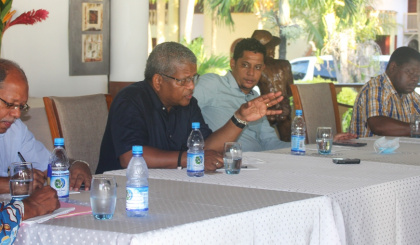 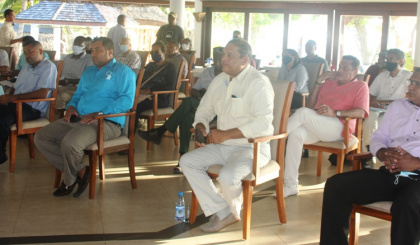 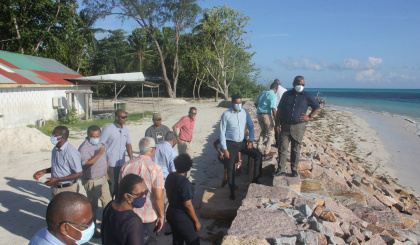